We manufactured our own micro vortex generators out of .020 6061-T6 aluminum in our hydraulic press to match the curvature of the elevator, and for maximum durability and ease of installation. 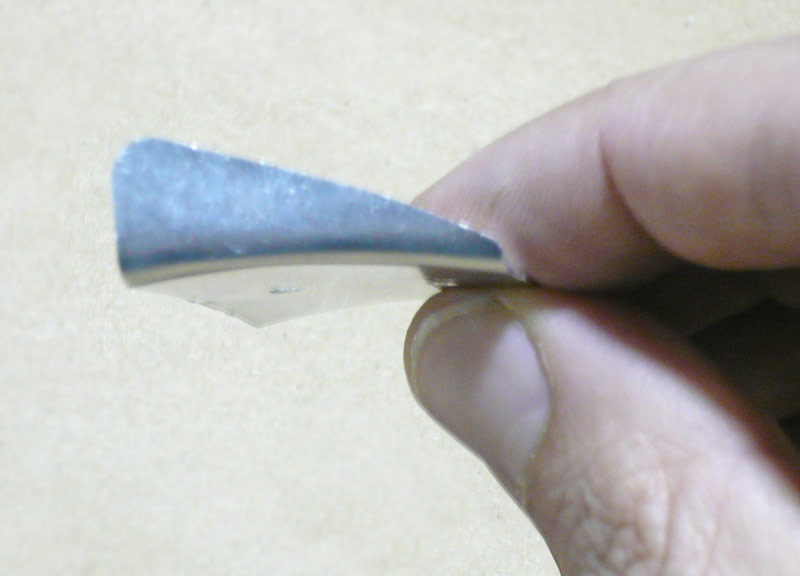 A while back, designer Chris Heintz wrote an article on the use of VG's on the STOL CH 701. He explained how VG's "may improve the stall on small leading edge radius airfoils (so-called laminar airfoils) by “pumping” energy from the free airstream into the boundary layer which will then separate at a higher angle of attack, and the airfoil will have a larger maximum lift coefficient, thus reducing the stall speed. Note also that because of the above-mentioned “energizing” of the boundary layer with the use of VGs, the local stall can be delayed on a large deflection of a control surface, as illustrated below on the STOL elevator:"

We've since tried a number of different VG's on the bottom of the elevator (as shown above) with good results, allowing us to approach and to land the aircraft at even slower speeds. We've been using the micros VG's on all the STOL aircraft, including the new STOL CH 750 model. Some different micro VG types on the market: 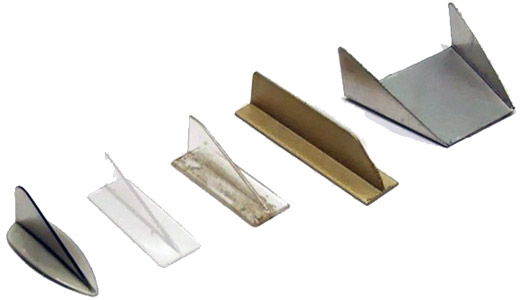 In February, Bob Jones installed his VG's and explained: "They went on very fast... the VG turned 180 degrees makes an ideal spacer." Shown below with the STOL CH 701 elevator removed from the aircraft (the VG's are installed on the bottom of the elevator): 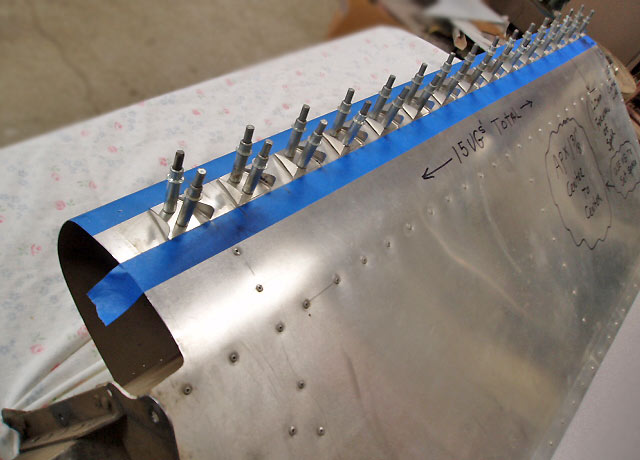 "It took 15 per side, the tape edge makes a perfect guide." Note that we made the VG's with pre-drilled pilot holes. Two sided tape (such as carpet tape) can be used instead of rivets (at least until you establish the optimum location). Last week, Bob had the chance to fly his 701 with the VG's in place. Bob Jones has been flying his CH701 in Alaska for a number of years, utilizing the STOL characteristics of the design on skis and floats. He reports: "There is a very noticeable change. I was able to fly the length of my runway at a true ground speed of 38mph. as slow as it would go and maintain altitude but not so fast as to climb, I was able to slow my normal approach to 45 mph and have a nice steady descent rate, with a noticeable decrease in rpm needed to keep good elevator control. The transition from no VG effect (no elevator deflection) to vg effect (elevator deflection) is very noticeable - like flipping a switch. You know I push the boundary some and I think the only negative is that without a tail skid you could get into trouble. Testing them has been a rewarding experience that I would definitely recommend!!!"

We plan to keep testing these VG's for optimum location (this doesn't seem to be a real science!) and will make them available to builders and flyers who want maximum short take-off and landing performance with their aircraft. 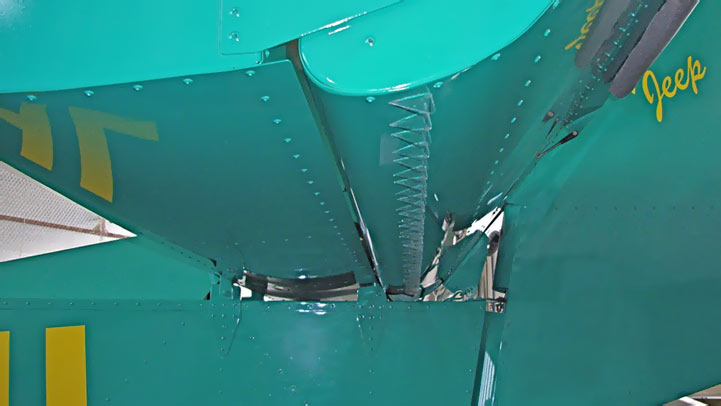 Retired airline pilot Viktor Strausak has been flying his Zodiac CH 601 HDS for many years now with many VG's in various locations. He has posted some impressive photos! (Follow the link to his webpage for many more photos and info).

Anyone care to share the dimensions of the VG'''s?  I would like to 3d print some.  I can figure the curvature, just need basic dimensions.  Thanks for any help.

Comment by jim miller on February 8, 2010 at 1:11am
Hi
I am scratch building a 701 and would like to turn some of my scrap into vgs does any one know where to get some dimensions
thanks jim miller

Comment by Bob Simmons on July 15, 2009 at 12:18pm
I would prefer to install something that's angled aft so as to minimize rearward or lateral forces that could theoretically cause the fuselage to bend at the attach point, such as the skid/wheel run into a small mound of dirt on a rough runway. Something like this would preserve the tiedown.

But your post did give me ideas on an installation point. Thanks.

Comment by Sebastien Heintz on June 24, 2009 at 5:50pm
Zenith Aircraft now offers a kit for the formed aluminum VGs to install on the bottom of the elevator on the STOL CH 701, STOL CH 750 or the four seat STOL CH 801.

Comment by Kostas Rossidis on May 5, 2009 at 8:57am
When you finish testing I would like to install vgs on my plane too!!

Thanks for the VG's. They have made quite an improvement in low speed control.
I have watched the video. Some extreme attitude indeed, on touch down. A tail skid with replaceable shoe, or a tail wheel, may be needed in no-snow landing.