Here's my report of the 2018 Sun 'n Fun fly-in held last week (April 10 - 15) in Lakeland, Florida, with photos and videos of the trip to and from Lakeland from the Zenith Aircraft factory in Mexico, Missouri. Watch the videos for additional info (with narration) and check out some of our Facebook posts of the trip and the event.

Below: Delayed start on Saturday morning. We had to replace the Dynon ADHARS unit in the Zenith CH 650 that stopped working (for no apparent reason). Luckily we had a replacement unit on hand. Below, Roger installs the software for the new unit after replacing it:

Flying cross-country is not just about getting there, but about the journey and the stops along the way. We've been making this trip for many years and we've learned to enjoy the views and the stops along the way. Zeniths are great for personal transportation, but the flight getting there is often more memorable than what happens at the actual destination. We flew to Sun 'n Fun with three airplanes from the Zenith Aircraft kit factory in Mexico, Missouri: The new STOL CH 750 Super Duty, the Zenith CH 750 Cruzer and the low-wing Zenith CH 650.

My daughter Lucie joined me for the trip, keeping me company and honing her piloting skills: Due to weather and the late start we only made it to Savannah (Hardin County Airport) the first day. The planes tied down for the night.

Smooth air allowed us to get some nice air-to-air video:  Watch the video clip:

Flying in to Sun 'n Fun 2018: Flight of three Zenith aircraft fly the the approach to Sun 'n Fun 2018 landing on Runway 9R at Lakeland Linder Regional Airport on April 8, 2018. Listen in and watch Roger in the Zenith STOL CH 750 SD and me in the CH750 Cruzer arrive at the 2018 SUN 'n FUN International Fly-In and Expo in Lakeland, Florida. Note that arrival was before the standard NOTAM approach (over Lake Parker) so we flew in directly with ATC. Check out the bright repositionable Unpanel Avilution glass panel display in the CH750 Super Duty!

The Zenith planes at Sun'n Fun.

Robert and Jan Nicholas brought their yellow and red STOL CH 750 to the Zenith booth to complete the display (below left):

Viking Aircraft Engine's newly completed STOL CH 750 Super Duty was a pleasant surprise to see at Sun 'n Fun 2018. We shipped the kit to them just a couple of months ago and they were able to fly the completed plane to Lakeland! A real testament to the ease and completeness of the newest kit! 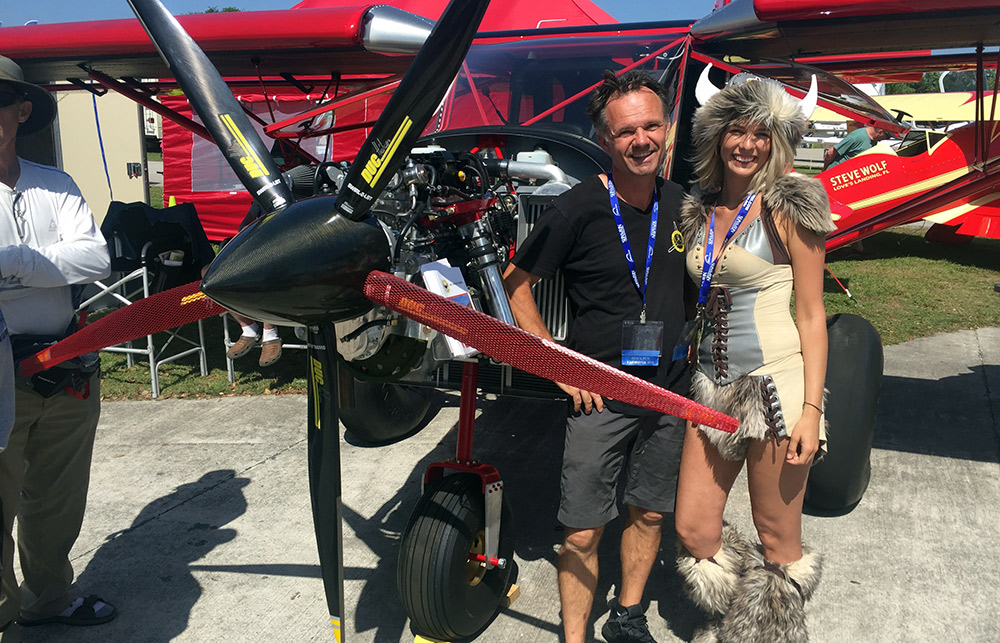 Watch the video as Jan Eggenfellner talks about his new plane with the 180-hp turbocharged Honda engine conversion:

Jan of Viking Engines plans to depart soon on a 4,000 mile (each way) journey to Alaska with his Zenith STOL CH 750 Super Duty! We wish him success on his journey! Check their website and Facebook page for updates of their trip.

Despite a couple rainy days (first and last day) we had a good show at Sun 'n Fun 2018. My brother Matt and I presented five educational forums during the week of Sun'n Fun, sharing information about building and flying Zenith kit airplanes.

Group dinner with colleagues and friends. As usual, it was a real pleasure to meet with existing Zenith builders and owners, and to meet new ones, during the week of Sun 'n Fun! 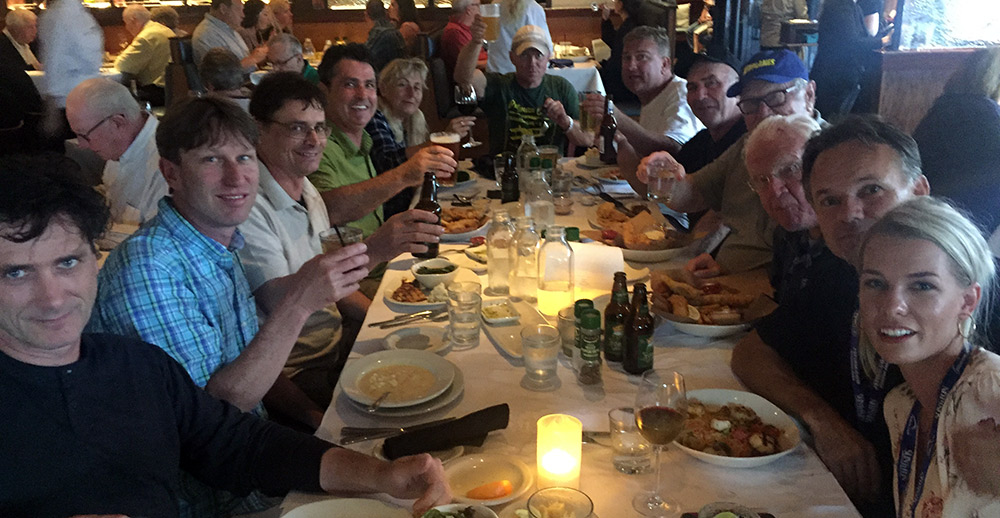 Below, my daughter and co-pilot Lucie with her favorite plane at Sun 'n Fun: 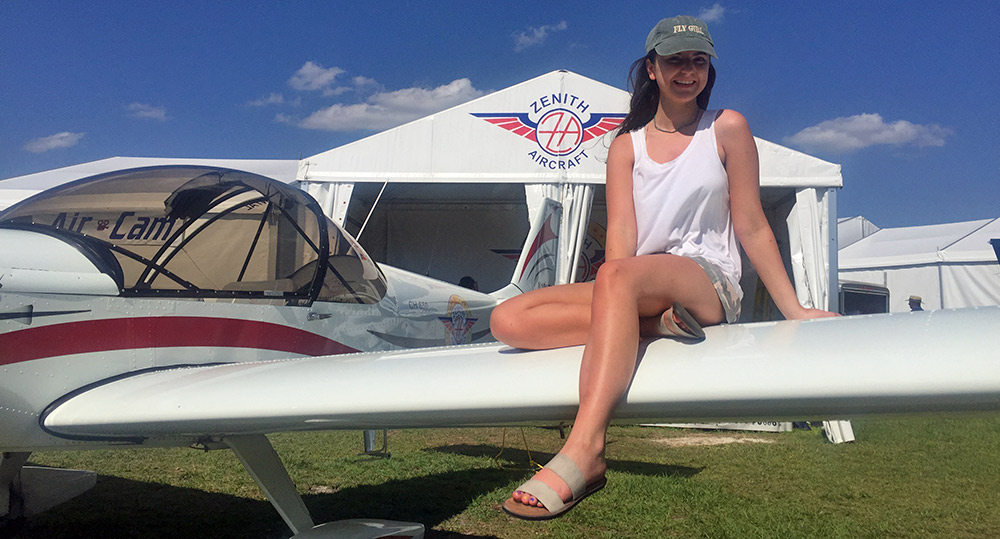 Ready to head home after the show:

Departing Sun 'n Fun and flying north. Andrea, pilot and aspiring CFI, and daughter of Aumie and Buzzy of Buzz Air Flight Academy, wanted to gain experience in the CH 750 Super Duty so she joined Roger in the aircraft from Sun'n Fun to Lawrenceburg, Tennessee. Watch the video of the flight: Flying along the Florida gulf coast:

When flying with a group of airplanes we plan stops about every two to three hours. Even though we have plenty of fuel to keep going, we prefer to stop to stay refreshed and to enjoy the trip.

Below: In Lawrenceburg, Tennessee, to drop of Andrea at Buzz Air Flight Academy:

Crossing rivers and highways on our flight home: Below, check out the amazing visibility from the Zenith CH 750 Super Duty with the repositionable unpanel (and the Avilution glass panel display) as Roger lands at Cairo, Illinois, between the Mississippi and Ohio rivers:

Barges on the Ohio and Mississippi rivers, as seen from the CH 750 Cruzer: Watch the video Flying home, across the Mississippi and Missouri rivers, as seen from the Zenith CH 650. Watch the video:

P.S. My brother Nick flew down from Canada to Missouri (via American Airlines) to join us for the Sun 'n Fun trip. Since he flew into Columbia Regional Airport (30 miles SW of Mexico) I picked him up at the airport with the CH 750 Cruzer to fly him back to Mexico. Below, arriving at Columbia Regional Airport to pick up my brother before Sun'n Fun: