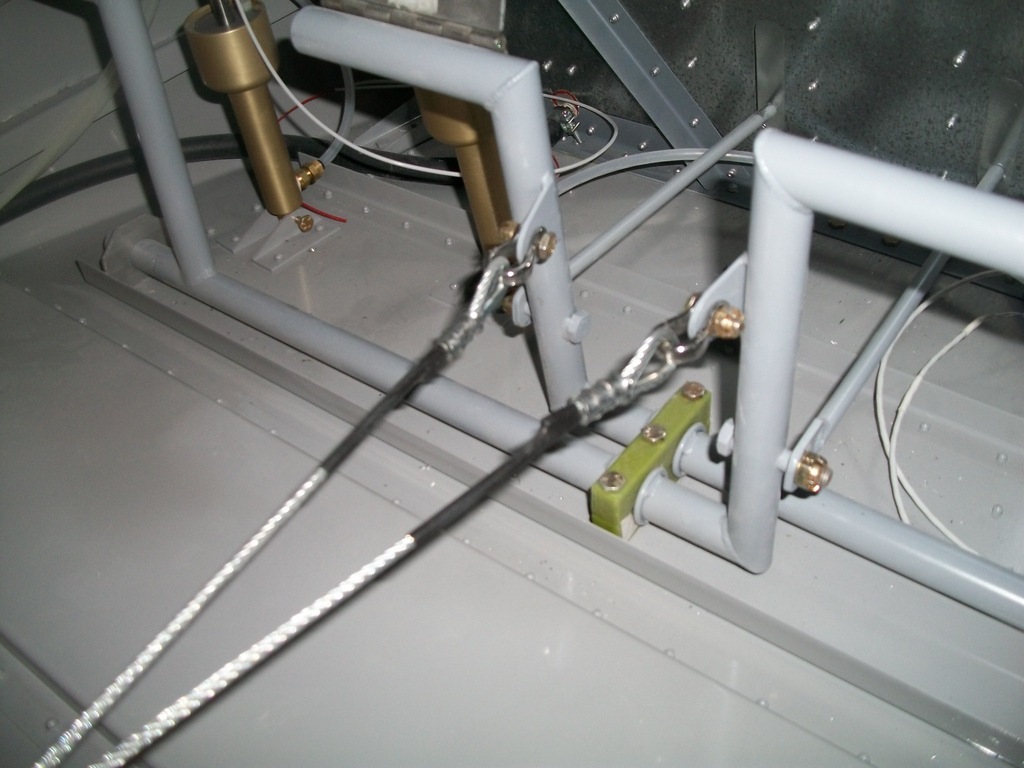 and i knew they had to be crossed but i was hoping to do it in the tail section , but there isnt clearance over the flaperon bellcrank 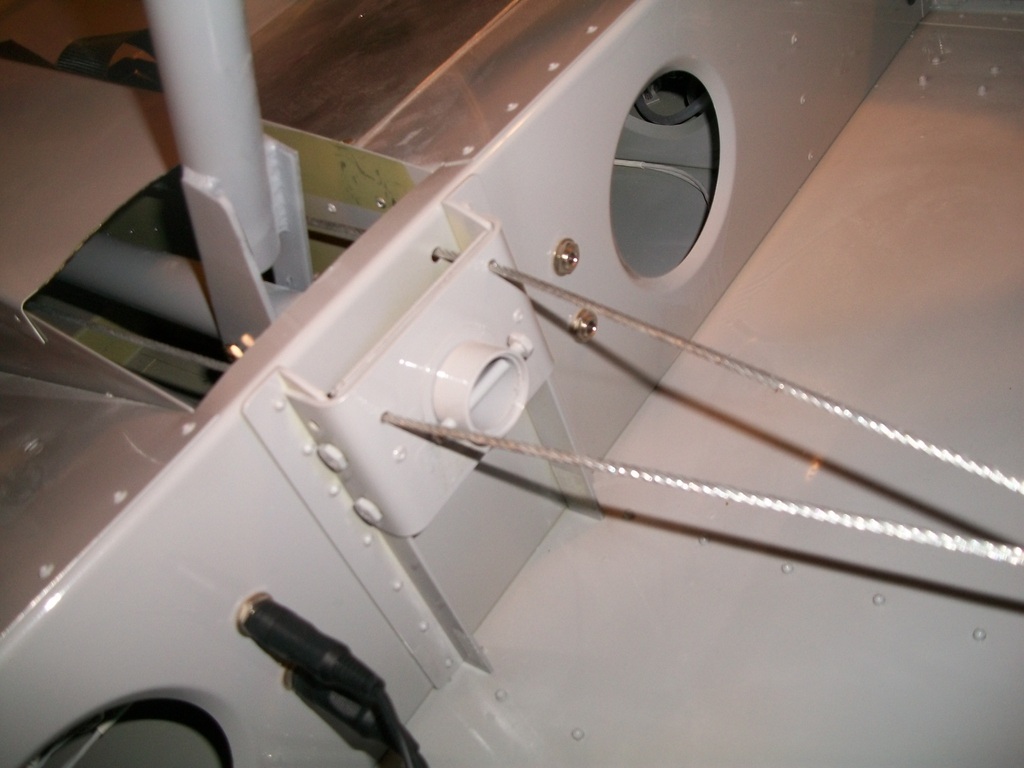 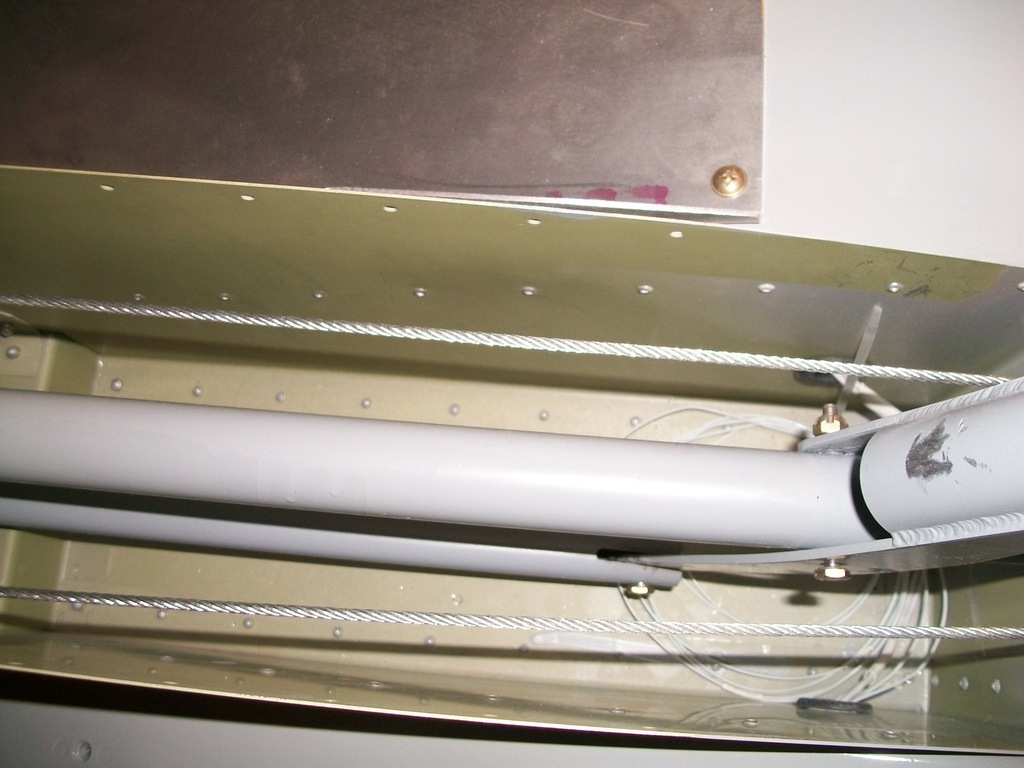 still might have to put a little more in 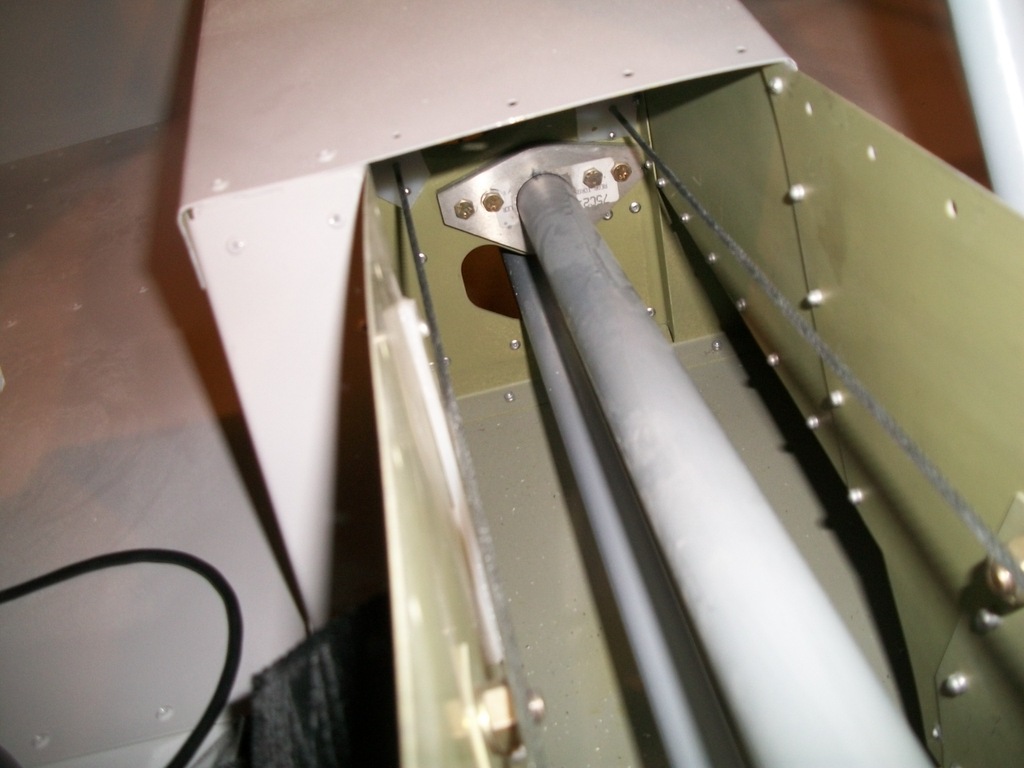 fairlead detail on the left 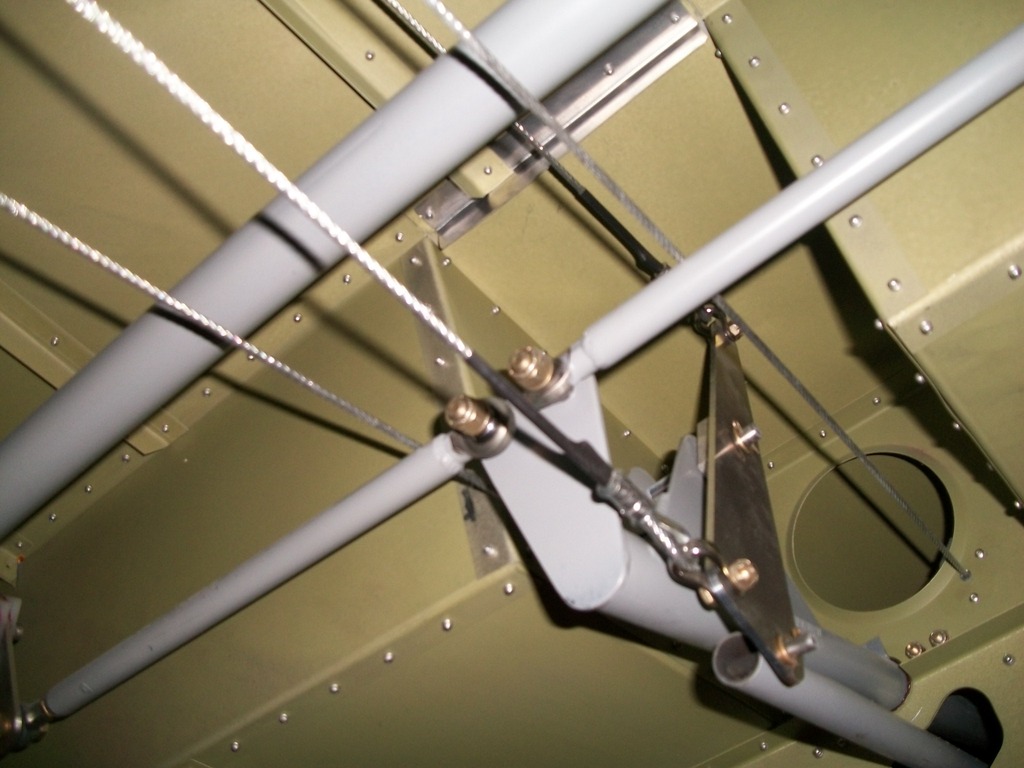 only thing here that needs to be mentioned is that the rudder cables go over the top of the flaperon horizontal tubes, almost swadded them under ! 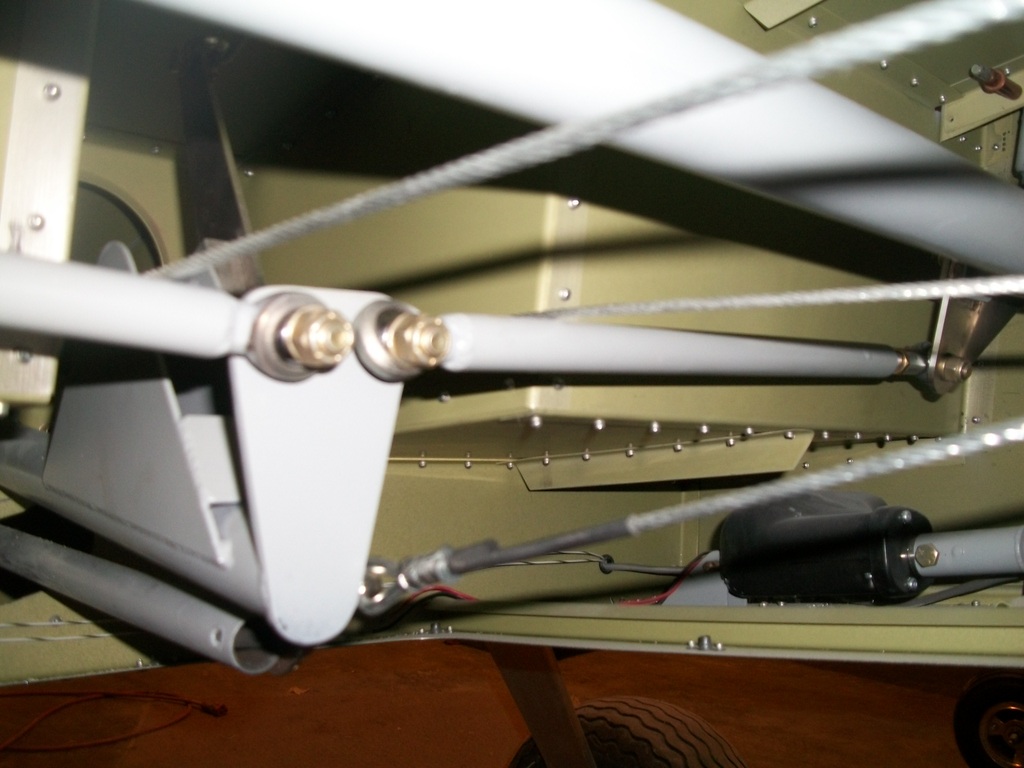 they look tight over the top and they are , i was thinking of slidding a plastic tub over the flaperon tubes I have found that the hole tourqe tube moves sdie to side with load and i aan going to have to make a shim under the plastic bearing to tighten it up and get the slop out of it . Every one should check theirs

I'll get some more detail pics out soon

starboard side cut out for clearance 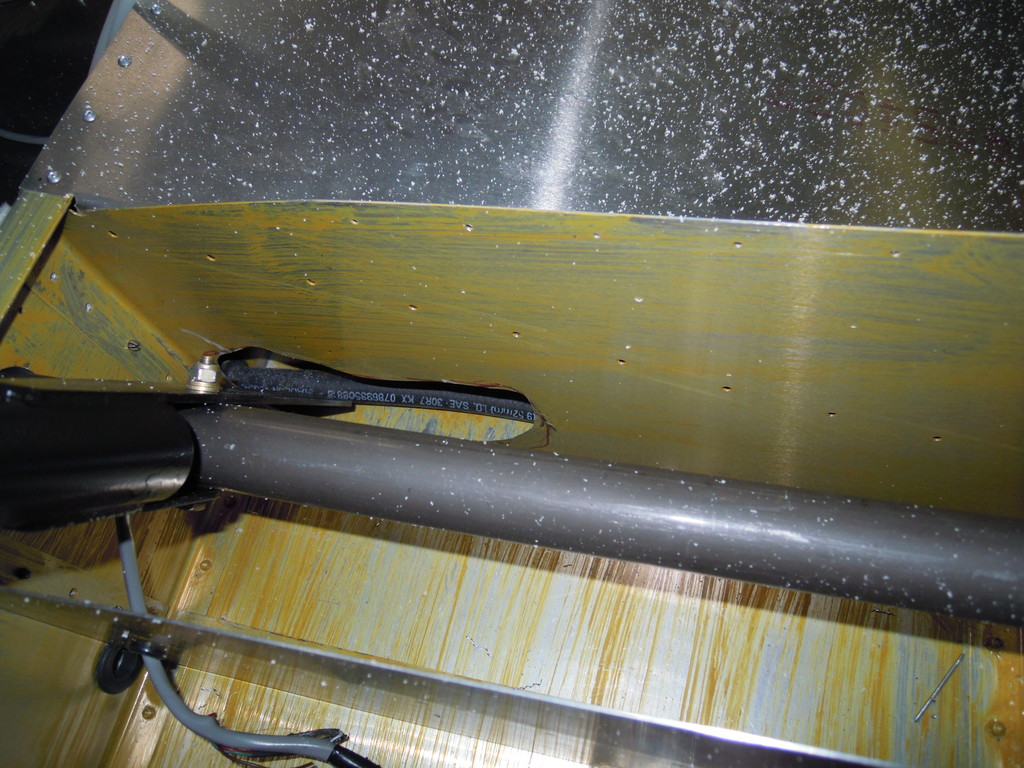 Thanks Bob,  ill take a look

Check out pictures in my Can-Zac Spycam album to see pictures of other control clearence issues and fixes.

Good pictures. Your right about putting a ( length wise sleeve) a piece of split plastic water pipe over the flaperon torque tube. Rudder cables rub this area ever so slightly. Use silicone adheasive inside the plastic pipe & tie-wraps to secure in place.

Yup, you are right of course. Brain freeze or something...

@Louis - This is due to the rudder cables running down the center line of the aircraft. When looking forward towards the nose the left most cable is attached to the pilot's right rudder pedal.

The right most cable is attached to the passenger's left rudder pedal.

The rudder cables have to be crossed? Is the 750 different than other airplanes? Just wondering.