One Week Wonder - Chapter One - BEFORE THE EVENT

We all know that any project of the magnitude of the One Week Wonder has to be planned.  This event started well in advance of the 28th July 2014 deadline - but not that many months in advance.  The team had to get all the parts for the project together, and a suitable space available to build the machine!  But that is no different, whatsoever, to any other aircraft project.

Clearly, all aircraft build projects require parts - quantity and type based on your project.  Once you have decided on the airframe, engine and avionics, those parts must be ordered, and delivered to your build site.

In the case of the One Week Wonder, the team chose to build a Zenith CH750 Cruzer with a 100Hp fuel injected Rotax 912iS Sport engine, furthermore they had to get a range of other parts and tools together, in advance of the start of the project:

THE AIRFRAME:  In Mexico Missouri, USA. The proud Zenith crew prepared a standard Zenith CH 750 Cruzer kit - ready to ship - exactly the same as for any other builder... The CH750 Cruzer offers a builder what is known as 'match hole' technology.  That means that many of the holes are already drilled to size, and simply need cleaning up of the edges, being cleco'ed together, and some final drilling,  some further deburring and then riveting together.  It is one of the privileges of living in the CNC (Computer Numerical Control) production world.   Zenith has CNC routers and folders that make sure that each part is produced to the highest standards, and the team at the factory put love and care into each and every part produced, labeled, packed and shipped.

The Rotax 912 series of engines have just celebrated their 25th anniversary - and the very first engine produced is still flying!  The 912iS Sport is the latest engine in the Rotax 912 range and offers state of the art operation, with dual ignition, dual injectors, dual ECU (Engine Control Unit), dual generators, dual manifold air pressure sensors, dual manifold pressure sensors, dual rectifier regulators and a host of other features that make this engine as simple to operate and maintain as a modern motor car engine. 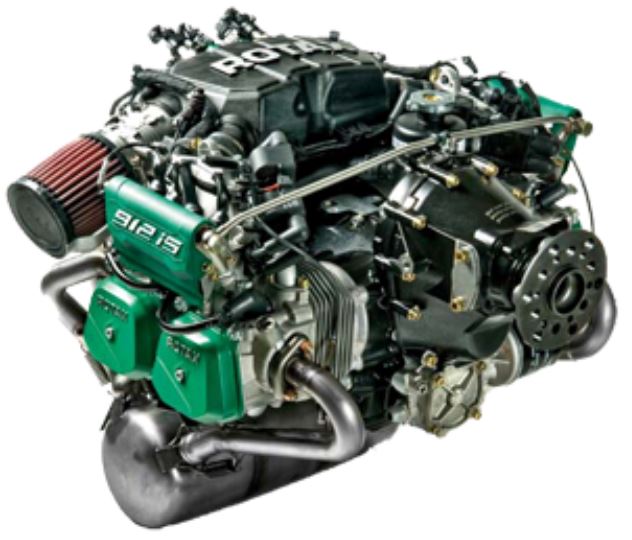 Built in the factory in Gunskirchen, Austria, the Rotax 912iS Sport was put on the dyno for testing, the same as any other Rotax engine, and with no more special treatment than any other engine (they are all special in their own way), was sent to SkyTec in Canada where they produce a 912iS Sport firewall forward kit for the CH750 Cruzer.  SkyTec then incorporated the 912iS Sport into its standard package, just as for any other customer.... and once prepped, it too was shipped to the One Week Wonder tent in Oshkosh.

THE INSTRUMENTS:  The One Week Wonder is a modern aircraft, and as such it has a modern glass cockpit.  A dual Dynon Skyview 10" touch screen, with GPS, EMU (Engine Management Unit), and more gizmos and gadgets than you will find on many airliners!  This was built into a customer ready unit by SteinAir, who prepped the installation kit exactly the same as for any other builder.  SteinAir regularly prepare panels and looming (wiring) for builders.

THE TOOLS:  From files to rivet guns, clamps to rulers, drill bits to snips... building a plane requires some basic tooling.  For many years the words Aircraft and Spruce have been associated and Aircraft Spruce shipped their wares to the site ready for the big day.   Aircraft Spruce ship all over the world an with the biggest aircraft supply catalogue out there are the premier supplier of parts and tools for aircraft builders.

Normally, a builder might order the other bits and bobs as he goes, but when you are going to build a plane in a week (actually six and a half days), you need to be sorted out with everything else in advance.  Matco sent the wheels, Flightline Interiors did the upholstery and stick boot,  Sennheiser provided headsets, Sensenich the propeller and, thus, the scene was set to make it happen...