The day finally came to move the airplane. Flight testing was completed in November 2010, but I had been unable to find a hangar in Astoria, OR. We moved to Bend, OR in March and I finally found a hangar in Prineville, 45 minutes from the house. It's not easy working on an airplane when it is 6-10 hours away. I was averaging 120mph ground speed running the engine about 2,650 rpm. Total mileage was right at 300 miles at 6,500' to 8,000'. I'll get better numbers now that I have easy access to the airplane :-)

The Jabiru is still running on the warm side of the green on oil temps, but the CHT's are averaging 275 F. I have some tweaking to do along with some cowl and canopy modifications.

Now for some pictures, the first is just after arriving in Prineville. 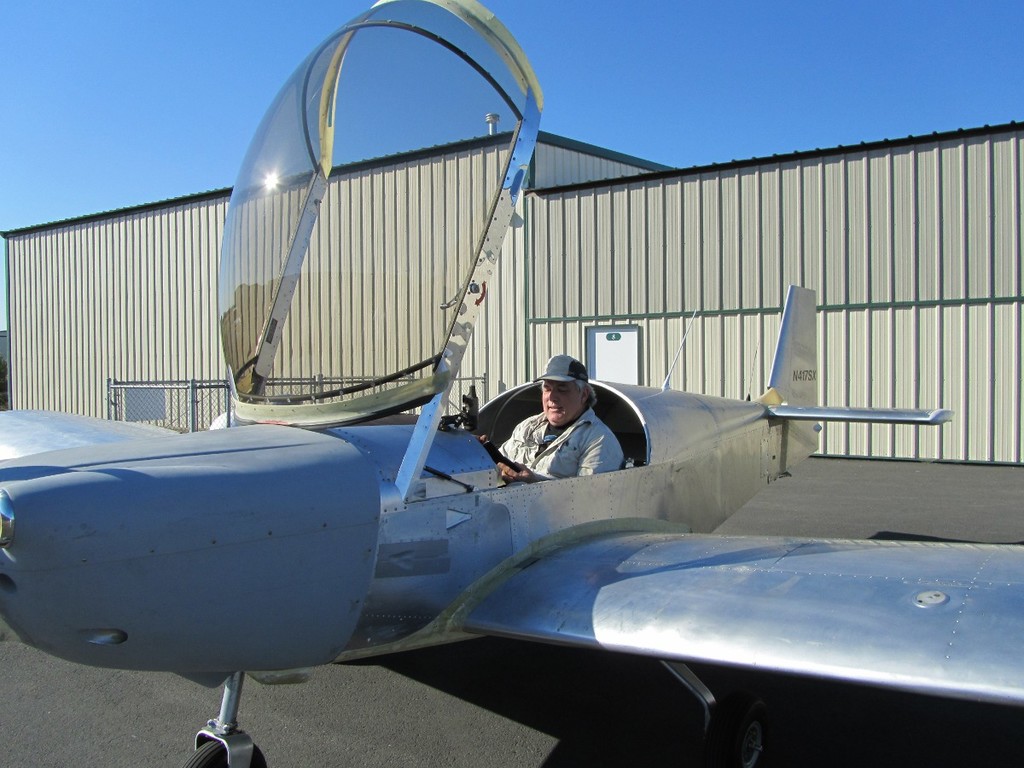 Bonnie & Clyde couldn't believe I had finally moved the airplane. Next on the list is cowl and cooling modifications, rework the bottom wing root fairing and then convert to a 650 style two piece canopy.

Been a long time waiting - but look at what it produced.

Have fun - blue sky ahead!
Mack

I am glad you got your plane to its new home.  Now have some fun with it!