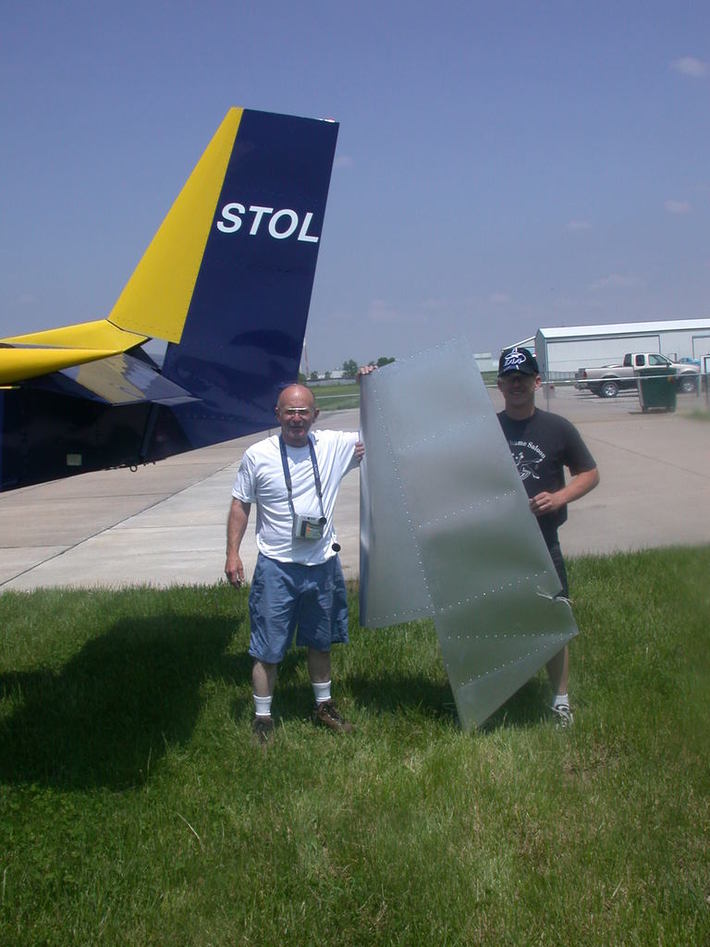 Building and Flying Info / Your Profession / Other Background Info
Electronics Engineer /ASML/
Building plane with my dad who is a welder and all around do it all kind of person. He can build anything.
I have my student pilot's license and working toward my private ticket.

My name's Taylor Ogden, my dad is Jack Ogden. We built our rudder at the workshop in Mexico way back in June of 2004. We have the first delivered 801 kit with the large horiz stab/elevator.

For the most part we're going by the specs, but we did build our own fuel system/tanks, etc. We have also put in the slotless flaperon system after seeing it on Ben Hass' plane and dad designed/built an awesome belly pod that really cleans up the bottom of the plane. I tried contacting some people running pods, including one in South America that sounded like they may have a belly pod kit, but got no replies so we built our own.

It's been a long journey since then, with dad doing 95% of the building (he said something about being retired and not having anything else to do). In addition to building the 801 we have also done a complete refurb on a 1966 Cessna 150F that I am using to get my pilots license in now. 801 airframe is basically finished, all interior trim pieces done, control systems installed, fuel sys done, struts done, belly pod designed and built, etc. So ALL there is left is firewall forward and avionics.....

We initially started thinking of going with a new all aluminimum Chevy inline 6 cylinder engine after reading about them in Contact magazine. Found a company that builds standalone engine control units that sounded really promising. Couldn't find a PRSU company willing to help with mating everything up so now we're about 99% decided on an aluminimum headed Chevy V6. Planning on using the Mega-Squirt fuel injection controller (I have a few friends running them on their hotrods and love them) and dual ignition pickups/controllers.

Plane will be all electric with dual busses and dual batteries. EFIS/EMS is a bit up in the air, checking to see which ones work best with auto conversions.

I guess that's it for now!

jerry rudd said…
hello, my name is jerry rudd. i have built a 701, sold it and just finishing up an 801. i am interested in your belly pod construction. do you have any pictures or detail on how it is built, especially attached. metal or fiberglass etc. thanks