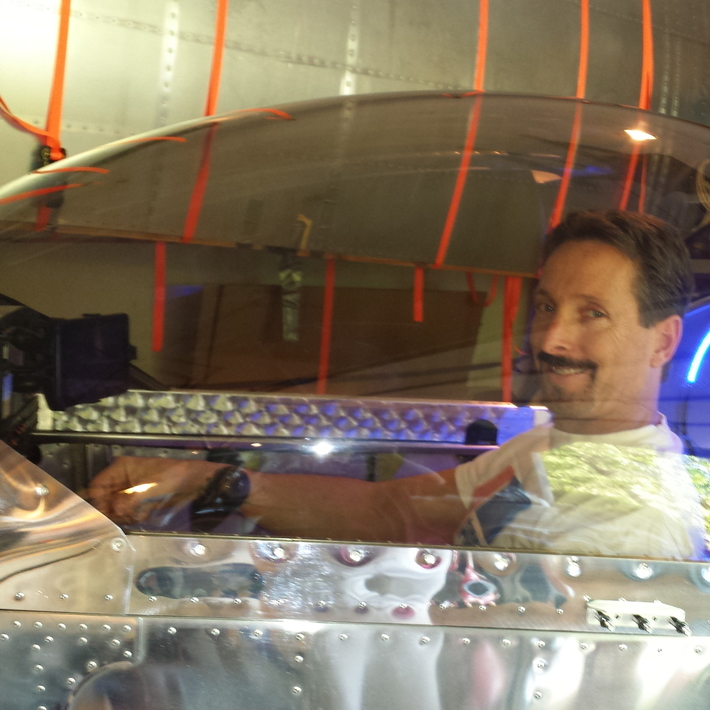 Hello all,I have one cylinder with compression in the low 60's on a 3300A with 300 hours. When checking compression I can hear air escaping when I remove the dipstick. This tells me air is flowing…Continue

This bungee installation tool allows you to install or replace nose gear bungee easily and safely in minutes.  No need to remove the engine, you can install the bungee with the engine in place. …Continue

Anyone on here built and flying a CH640?I have built a 601XL and am now considering a 640 as a group project for our EAA chapter. Now that BasicMed is active, I see people interested in 4 seat…Continue

Hotels are already selling out, so I want to make my resrvations.Does anyone know what day the banquet is this year?Thanks,MikeContinue

Hello all,I have one cylinder with compression in the low 60's on a 3300A with 300 hours. When checking compression I can hear air escaping when I remove the dipstick. This tells me air is flowing past the rings.This is cylinder #2 which always runs cool (never over 300 degrees F). One thought is that the the rings are gummed up with lead (I have always burned 100LL). Hopefully it is not a broken ring.I am looking for suggestions before I tear the cylinder off. I do plan on borescoping the…See More
Nov 4, 2019
2 Comments 1 Like

Before I got rid of the scat tube, my engine ran best with the throttle pulled back a bit from the firewall. That is no longer true.

A few years ago I added a HACman leaning system.  It works very well with the Bing.

Mike, Thanks for getting back with me; let me know when you get back to working in the hanger I would be glad to help you with some final assembly if needed.

I've already joined EAA chapter 55 at Mason, I can use their large builders hanger for $110 a month plus gas heat expense, comes with club tool box (meant for short term projects).

Looking forward to meeting you and seeing your plane

Peter Bowen said…
Thanks Mike, I will try to get over on Saturday.
You can show me how the parts work ;)
And we can schedule some flying, and a little hanger talk.
Thanks again, Peter

Peter Bowen said…
Mike,
Thank you for sharing your wisdom over the weekend.
Enjoyed the flight and hope we can do it again!
Peter

My 601 is at OZW now. Let me know if you would like to go flying sometime.

Peter Bowen said…
I talked with Mark the airport mgr and they have two sizes. One is 42 ft wide at 265/mo and one 44 ft wide at 320/mo. We should go out and look and figure if we both will fit. Peter
These are on north side by new terminal.

Would you be interested in sharing a large hanger at OZW this summer. I will be a May to October type in Michigan. Not sure if you plan to be on North or South side or runway?Peter Bowen

Peter Bowen said…
Hi Mike,
We will have to get together and compare notes. I am not a builder so I know I can learn much from you. Lets keep in touch and try to meet when good for both.
Peter Bowen

Mike, I haven't had a chance to install the TBI, but I have made progress improving the performance of the Bing. It's been another busy year, we just sold a house and purchased another, so the airplane hasn't been a priority. Here are the known knowns ;-)

I've developed a new Bing inlet, my version of the Jabiru Cobra head, and airbox, basically a cold air intake. This is a modification of a previous design that replaced the stock filter airbox (FAB) that addressed the EGT span issues. This new intake is a significant improvement, I was up to a 290 main jet to get the EGT's down, stock is 255, and had to reduce to 260, 255 would work, but I had drilled it out. Cruise EGT's were excellent, but I was still running rich above 2,850 rpm, not developing full power.

So, I've set the balance tube to lean the mixture above 2,850 rpm on high speed taxi tests and hope to do some flying in a week or so, then I'll add the ability to make it inflight adjustable. Through all this madness, I've come to believe that the Bing is more than adequate if it has an optimized intake system. I don't think that spending the money on a TBI is necessary, but I have one and after I get 20-30 hours on the Bing, I'll install the TBI, just for grins.

The key is a better intake regardless if you're running a Bing or TBI.