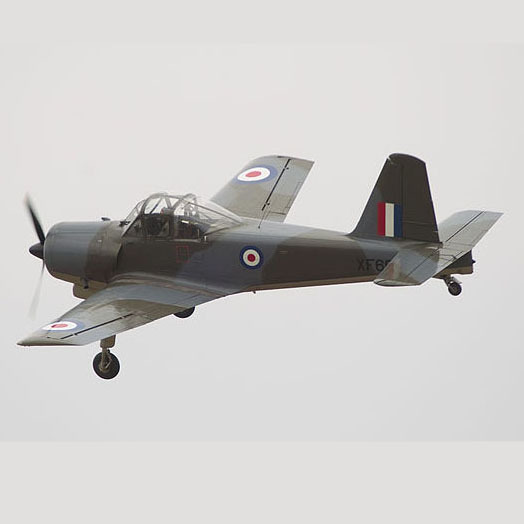 Just received your invitation to join with you.  I am currently in Laos and for some reason the link back to "accept" will not work, so I have tried to do the reverse.

Yes you are welcome to have a look at my 701 - 35hrs on the clock so far and I am still coming to grips with the high power slow flying STOL aspects on this unique little plane.  I chose it for its ability to get in and out of small places etc and because it seemed like a fun plane to fly - and it is.  The 601 is better for X country and distances - horses for courses.

The 750 looks smart and a nice step up, but more expensive with no major extra STOL performance advantage for the extra cost - although it will lift a larger load - ie more suited to "larger" pilots?

I am away until the end of May at least and happy to catch up then.  So how come I never knew of your interest?  Are you a member of the Aero Club?  Another useful local contact is Graeme Farnell down by the Diversion - an engineer and former RAANZ inspector of microlights - he has built a 701 from scratch and was very helpful to me. He's in the phone book.

Just let me know your questions and I'll let you have some answers.

Just to give you a 'Heads up" on my situation.  I bought my CH601XL "ready built", as I prefer to be "up there" rather than "down here", so impatience gets the better of me, although I keep saying that one day I WILL build one.

I progressed from flexwing to 3 axis microlights over here so nose wheels were the 'norm' but when I saw G-CECZ advertised I fell head over heels for her. Wow ! an aircraft that is affordable, well equipped, more than capable of short take offs and landings, carries a good load of fuel, spacious interior and looks (because of the fact she's a tail dragger) like a REAL WW2 fighter type. (The Canines Wotsits !) . So needless to say I bought her after a trial flight (but no landing or takeoff) and had a friend, who normally flies monowheel Europas, fly her back with me to my home base here in Sheffield. She handled the therms well on the way back and compared to my old Skyranger, was as comfortable as they come.

Next up was the compulsory tailwheel conversion with one of the LAA (Light Aviation Association) coaches and after completing the required 25 t/offs and landings, that was it.  To me the only difference to nosewheel flying is the attitude of the nose on landing. I've landed her in 15 / 20 mph crosswinds, gusting 35 mph winds at 15 deg across and she handles wonderfully. BUT never be afraid to boot in a bit extra rudder which some folk seem to be reluctant to do. The hardest part I found was the first hour or so spent taxying, I thought I'd been sniffing some strange substances as I had a job keeping her in a straight line. I was over-compensating with the rudder and not setting my sights onto a distant landmark. I've now completed well over 100 hours in her and everything seems to be second-nature now.

As for the wing incidents, I understand the majority were in the States. None were reported in the UK and the LAA over here assisted by Gary Johnson, our importer of the Zenairs, have carried out mods to the spar and fitted mass balances in the airlerons, as I understand the 'problem' was down to flutter of the airlerons causing wing break-up in flight.

Hoping this helps a little and please feel free to enquire further,

Sure its in the back of the aeroclub Hangar. I will be out there next on the 27 Dec.

James Roberts said…
Hi Ivor, Good to see another person building an XL in JHB. I am building one on the west rand so it is a bit further afield but if you are in the area give me a shout.

Mike van Rensburg said…
Hi Ivor. I will be in Jhb for a while tomorrow & then on to Nelspruit for a few days.Not sure yet where I'll be on the 12th but would love to join you if I am in Jhb area. My cell: 0 eight four 401 seven 0 six five. I land around 09:30. Call me if you have time to meet tomorrow sometime. Otherwise we can make arrangements towards the end of the week.

Mike van Rensburg said…
Hi Ivor
Unfortunately I cant comment on whether the 650 wing incidence is different to the 601 as I dont have 601 plans. & Yes I do think the 650 is sexier!!!
There has been a few incidents with 601's of late I agree, but I don't think it should be a worry if we stick to the plans & build meticulously. It is a very well designed aircraft.
Have you ever checked up to see how many RV crashes there are? & no one will tell you that its a bad plane!
I do believe that in most cases human error creeps in either in the build or the flying. Accidents do happen but its not going to put me off of building & flying my 650.
If you'd like to look at the 650 plans I am up in Gauteng fairly regularly. Just let me know & we can make a plan.