Expanding on my last blog Nose rib template, I've added another template for the bottom cap angle, 6ZU-1-5. I installed with the bolts to the wing spar using the template to postion and then traced around the cap angle. Removed the bottom Nose rib template and set the pitch and drilled with #40. I'll attach to the nose skin, back drill and then back drill into 6ZU-1-5 when I reattach the nose skin to the wing.

Bellcrank Support channel L angle template. Marked both Rear ribs #6 and #7 with reference lines and counted holes on the Rear Ribs, not including the rear spar. 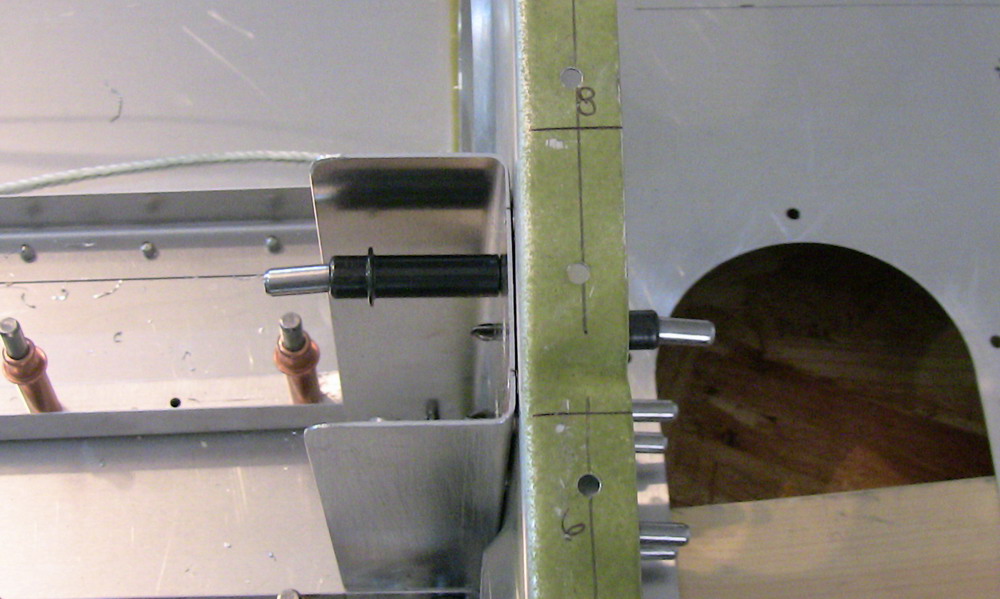 -
Used the old Spar Angle as a template, cut 2 pieces 550mm and drilled a #20 hole in one end. The Spar angles took a beating, but will work well as a template.

-
Attached to the Top skin after identifying and marking the holes and drilled the other end.

-
Set the rivet line and pitch, the #20 holes aren't the center line, and used the drill press.

-
Installed top L angles drilled to #40. I need to attach the templates to the top skin and back drill.

-
I've had minor problems with my rivet gun not gripping the stem. At first some WD40 solved the problem and it got to the point where I couldn't pull a rivet. When the gun is squeezed, the jaws close around the stem, but mine weren't closing until the end. I added a couple of washers thinking that increasing the length would help and it did, but it was at the beginning of the squeeze and my hands aren't that big. One washer works well and has restored the rivet gun. 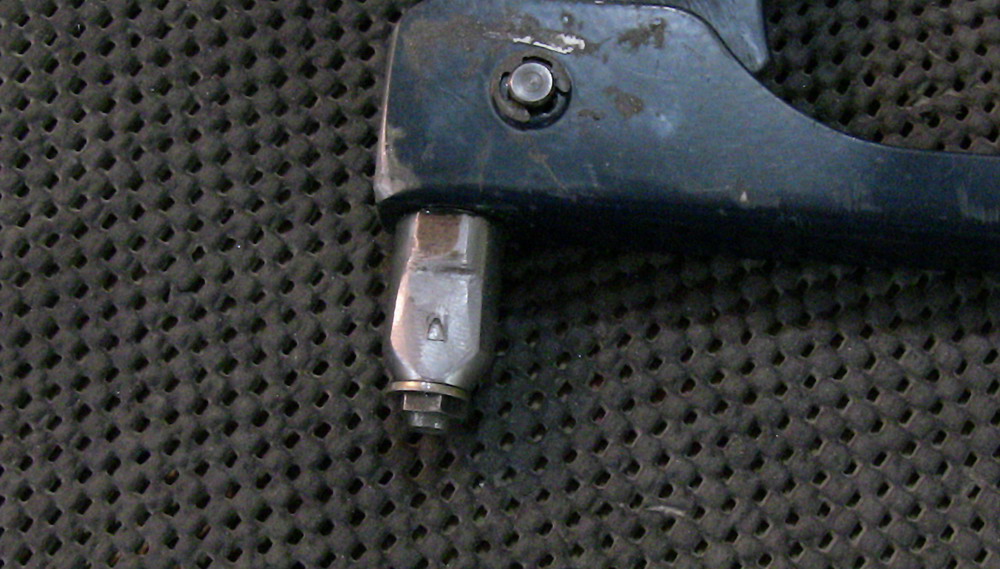 -
I purchased a new 19.2 volt Craftsman drill a few days ago. It came highly recommended from an auto mechanic. The second set of batteries on my 9 year old 7 pound 18v Milwaukee were starting to die, they only seem to last 4-5 years of hard use ;-) and cost $75 each. The Craftsman is about 3 pounds lighter and has a couple of LED's, I thought they were worthless. I was wrong, the lights are really nice. So, if you're looking for a reason to buy a new cordless drill, this next generation of Lithium Ion tools is worth a look.

Timothy Mix has added a discussion starting with Nose Rib installation and other tips including better tools from an A&P. So, the future looks bright and I encourage others to share their experiences, good and bad.

The worst part of the Upgrade has been solid rivet removal. The Center Spar wasn't bad since I was able to support when pounding out the rivets. The wing spar was ugly, but I persevered and now am able to remove solid rivets from the head or tail with only minor tapping with a riveting hammer. I am using the Navy method exclusively and there is a link at the bottom of this page.

Matt Archer suggested punches from yardstore.com and I agree, don't order from Spruce. They sent me a part with a 1/2" punch, instead of the longer tapered version pictured on their site, it sucks! I'm sending it back.

You don't have to pound to get solid rivets out. Take the time to learn an easy way and it will make the upgrade a better experience.

Comment by Roger Lambert on February 9, 2010 at 12:17pm
Did you ever think about tieing all the oilcanning angles into the wing ribs and making a third spar?

Comment by Mike Armstead on February 6, 2010 at 7:03pm
I got one of the cordless tool kits for Christmas. It had 2 Lithium Ion batteries with it. The are much better than the old NI-Cad batteries. It's been nice not having to drag extension cords around. The drill had a high and low range which comes in handy removing rivets. Someone should come out with a cordless rivet gun.