This recently completed STOL CH 750 is equipped with the lightweight ULpower UL260i engine (hence the long nose) distributed by FlyWithGus.net. The unpainted but otherwise well-equipped aircraft boasts an empty weight of under 700 lbs! Below, Gus is standing behind the display engine in the Zenith booth (at the end of each day, Gus would pick up the UL260i engine and carry it inside the tent - and then carry it back out in the morning):

At the outdoor Zenith booth, we had the following aircraft on display: I-Tec's STOL CH 801, Zenith's STOL CH 750, and AMD's Zodiac CH 650 SLSA. Tucked behind was a Rotax 912S powered STOL CH 701 and a Corvair powered STOL CH 701. Above you can also see a display model #1450 Zenair float kit. Below is I-Tec's four-seat STOL CH 801 with a beautiful leather interior and custom cargo pod, powered by a Superior XP IO-360 engine: I participated at three Sun'n Fun forums during the week. Below, I'm joined by brother Mat in the well-attended Zodiac Updates forum:

Roger demonstrates the STOL CH 750 (hey, someone's got to do it!) 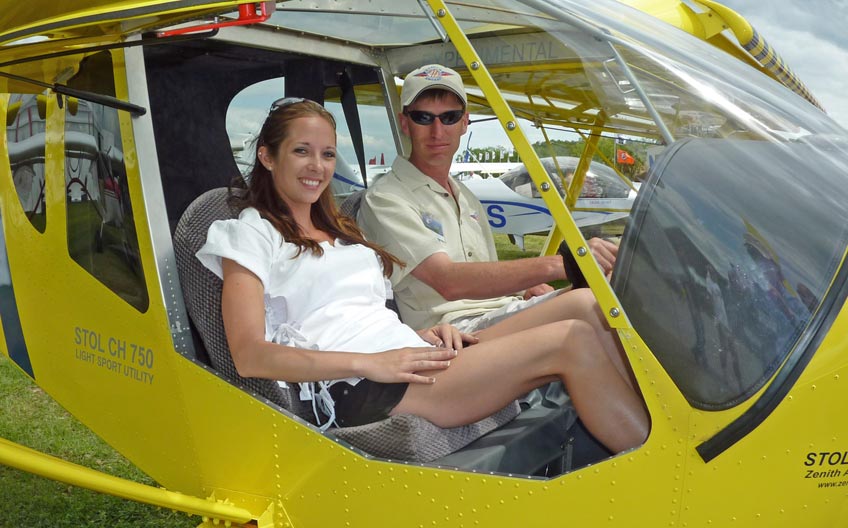 Once again, Mark Townsend of Can-Zac Aviation organized the popular Builders BBQ on Thursday evening. In addition to a great BBQ, door prizes were drawn from a hat:

Back at the booth, Corvair engine guru William Wynne shows Mathieu Heintz the R&D engine installation on the STOL CH 701, being offered by FlyCorvair as a firewall-forward package for the STOL CH 750: 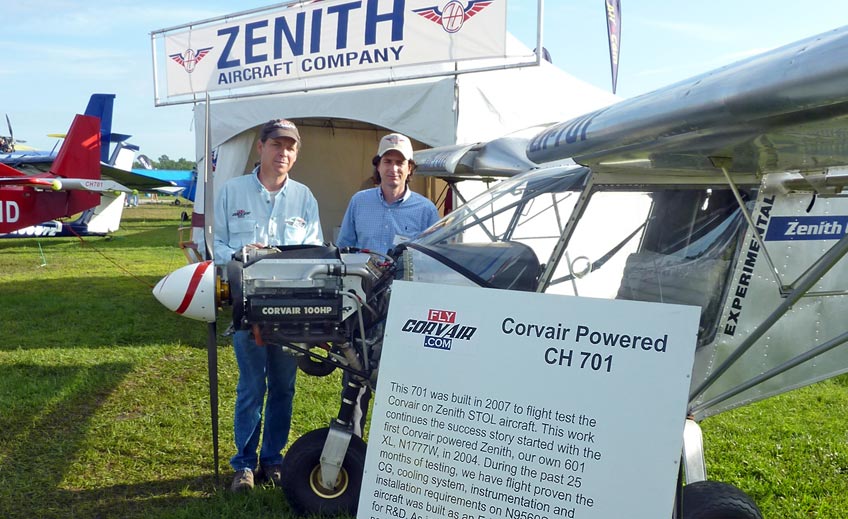 And on the last day it rained... It wouldn't be a typical Sun'n Fun without a day of rain... thankfully we got our rain at the end of the show... as you can see from the stomped grass around the STOL CH 750, this newest design was a popular attraction during the week...

All in all, Sun'n Fun was a successful fly-in and we enjoyed meeting with many existing Zenith builders and flyers (and meeting new ones too!). We headed back home on Monday morning.

Weather delayed our departure a couple of hours in the morning so we joined the Rans factory team on take-off as soon as they opened the field to VFR trafic: 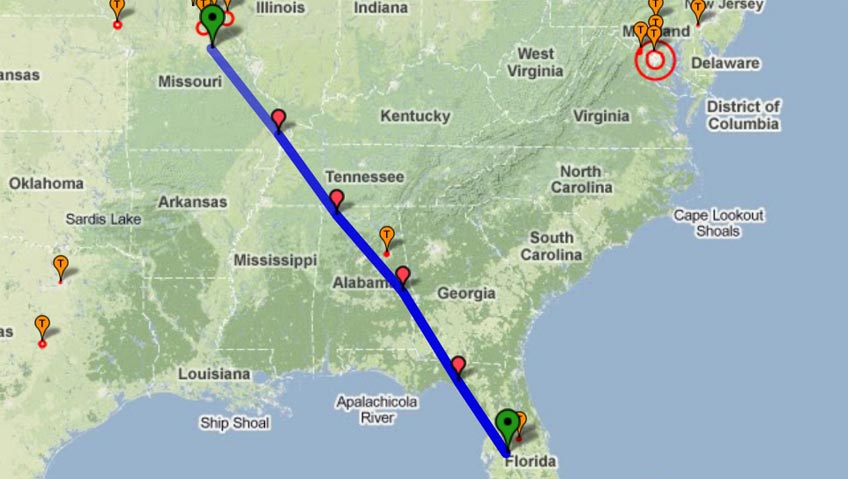 Our first stop in Perry, Florida:

...then on to Auburn-Opelika, Alabama: 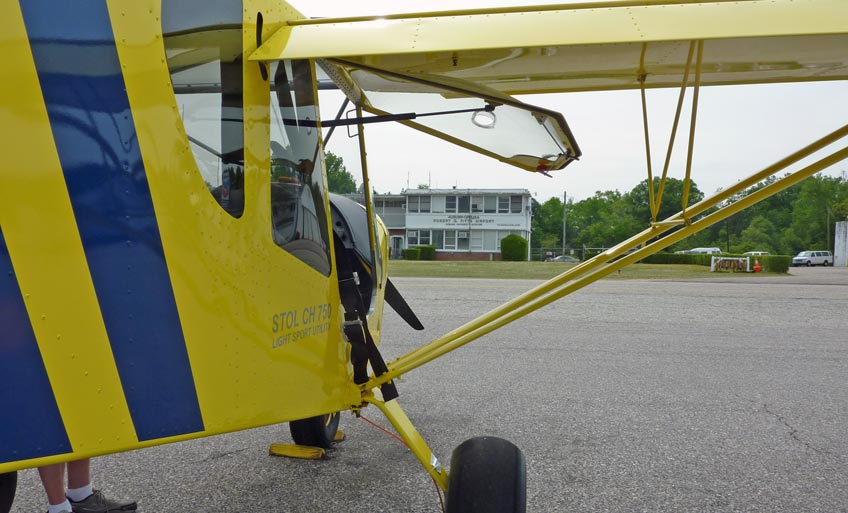 Due to weather we decided to stay east as much as possible, flying by the Talladega Superspeedway:

As can be expected flying northwest, we had a head wind slowing us down somewhat:

Here's our ground speed (in mph):

On to Muscle Shoals, Alabama, on the Tennessee River, where we decided to spend the night:

On the ramp at Muscle Shoals:

The next morning we continued toward home, passing over the Tennessee River, and leaving Alabama behind us: Then back across the mighty Mississippi River:

We made a short fuel stop in Sikeston, Missouri (KSIK) and continued homeward. Below, we fly over the scenic Meremec River with its numerous natural runways (sandbars)

Following our shadow home over freshly plowed fields (I just love the downward visibility through the bubble doors!):

Back to our little kit airplane factory in Mexico, Missouri:

The return trip was just under 1,000 miles and took just over twelve hours of flight time.

Here are video clips of the trip back home from Sun'n Fun:

Comment by Tim Garrett on May 2, 2010 at 11:03am
Glad you got the rolls throwed at you at Sikeston? Lambert's Cafe is one of my favorite places to fly to.

Comment by Robert Pelland on April 28, 2010 at 5:41pm
Sebestien, thank's for the great photo's. So nice to see for those of us who can't attend the show.

Please check your inbox, I tried to send you a PM, but was told I had to be one of your " Friends " before any message could be sent.