This is the "Steel Bungee" prototype. 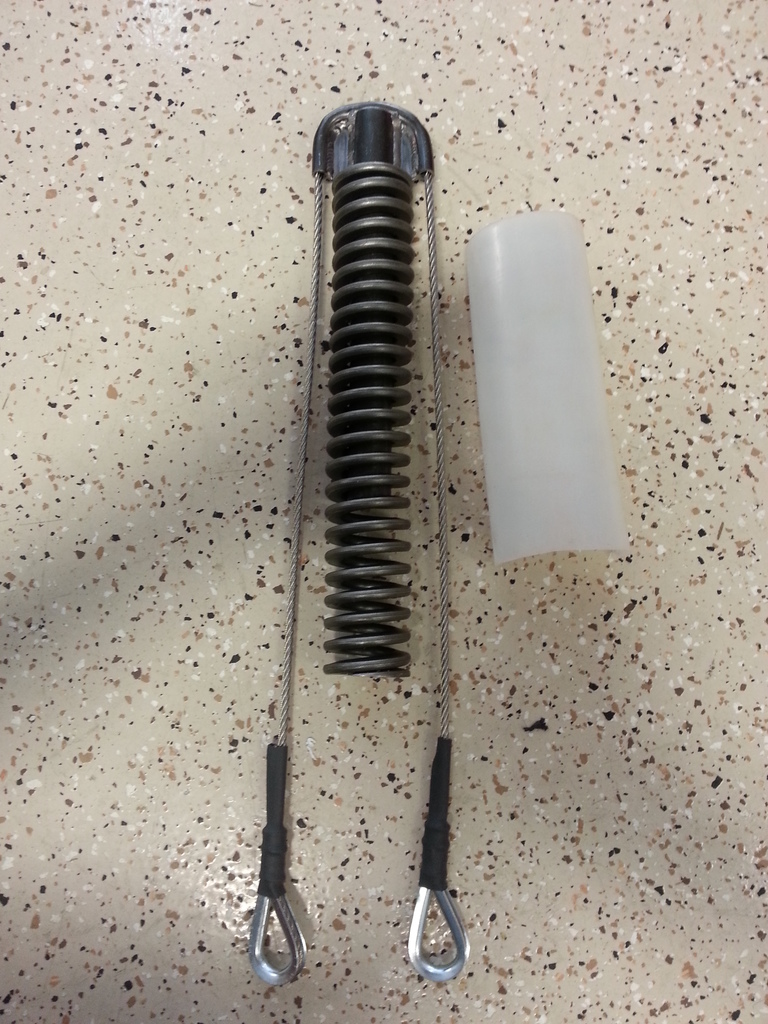 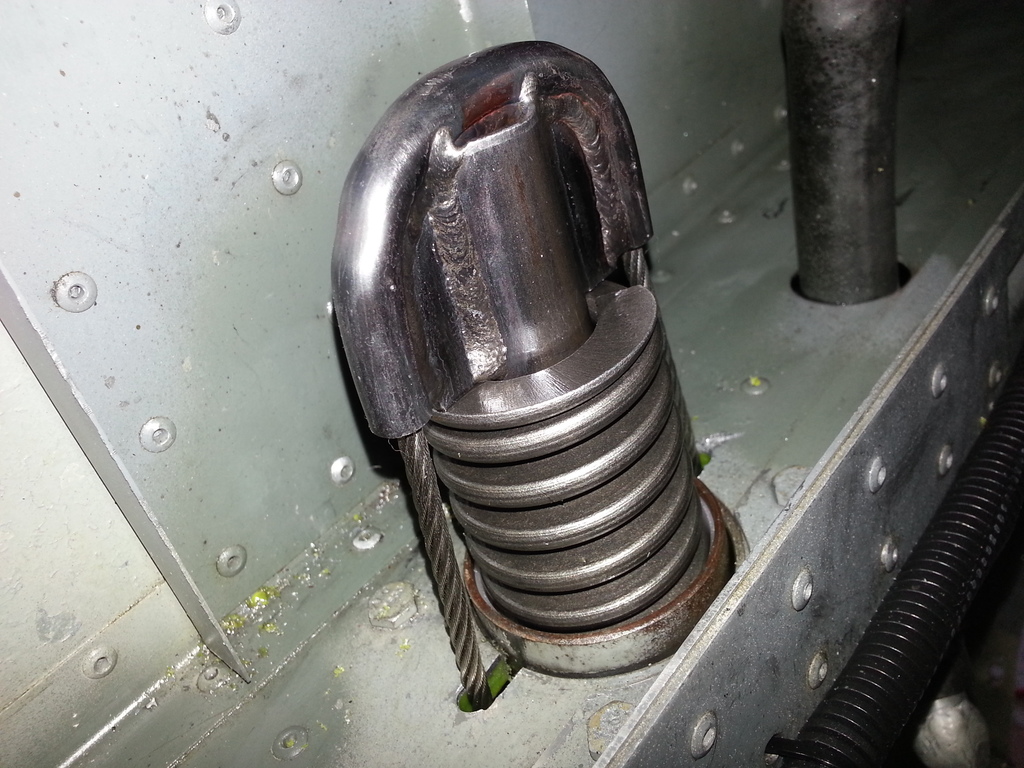 The prototype has since evolved and machined parts, rather than a weldment is used.

"I have a flying CH-701 at present and was always wondering how to improve the bungee on the nose wheel strut.  I have added a collar to the strut to keep it from total collapse but am leery of the keeping the prop out of the dirt if the bungee "shits the bed".  I noticed your picture on the Zenith Builders site and backed through all the available pictures plus the ones you show on your site.  I am curious about more detailed pictures showing how your system works -  and what modifications are necessary to install your system.  Right now the bungee holds the nose strut down against a aluminum "L" bracket which causes friction in the rudder system. Also torquing the bungee as the rudder move adds to the system stiffness - ala' the 701 rudder that doesn't want to center.  I couldn't tell from your pictures how your system works thus my email.  Thanks in advance for you response."

Very good questions and you show a clear understanding of the limitations of the original system.
Basically, the steel bungee works in reverse of the original rubber bungee, yet the suspension load is transferred to the original cross tube.  The Preloading of the spring is handled internal to the spring, using an adjustable rod, providing no force to the airframe while in flight. The ramp effect of the original plastic material has been milled away and the steering arms now ride on a flat surface. This is the bottom spring saddle.  It supports the "Steel Bungee" spring by resting on the internal cross tube of the nose wheel strut.  This is the same tube previously used to support the rubber bungee externally.  A rod run from the center of this support, (bottom spring support saddle) through the spring and through the upper support saddle.  The rod has a threaded section allowing for spring preload to be adjusted.  The preload is about 1" in a CH-750 for a firm, yet nice ride.  By introducing the preload directly to the spring, no force is transmitted to the bottom plastic ramp blocks of the original system, leaving the rudder pedals free to move. Two 4130 steel side straps with welded on threaded studs are used to transfer the entire suspension load back down to the original load bearing cross tube.  These are also adjustable and are used to remove up/down play in the strut, after spring preload has been set.  This allow for no play and also no load against the air-frame, other than during ground operations. This is the top spring saddle. The center hole is for spring preload adjustment.  The two outer holes support the weight of the airplane nose through the 4130 side straps.

Yes, we keep 25 in stock at all timesHERE

The production version is now being tested.  Shipping November 15th

A rubber bungee has a tough life on the nose strut.  Not only does it stretch, it is also being dragged against the structure.  Combine this with some engine heat, sharp sheet metal edges, hard landings and fluid contamination and it is not easy for it to stay together. 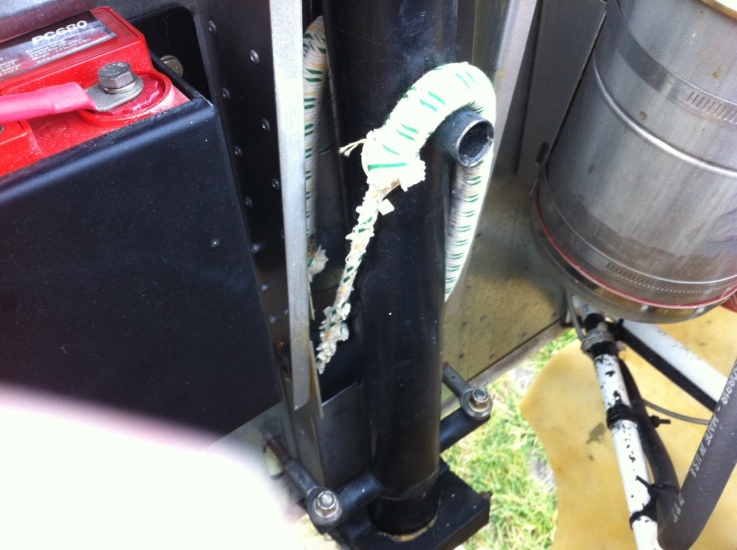 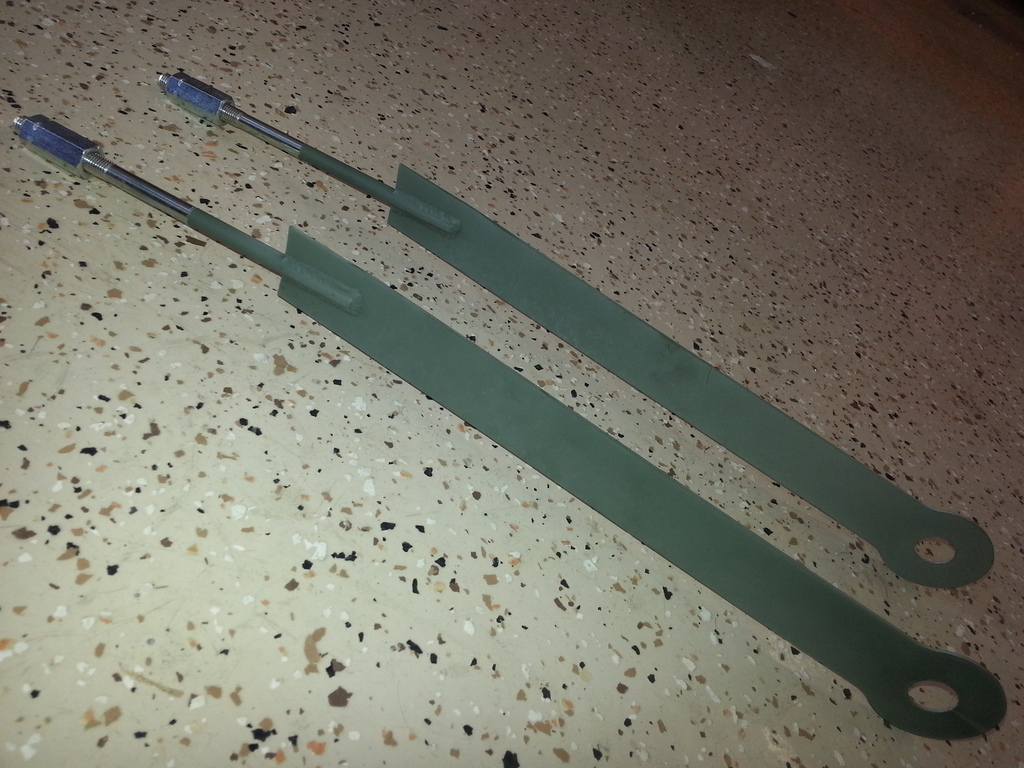 The instruction forum is here:

More and more info will be posted as available.

We will add the directions of how to get the original plastic blocks level.

Or we can machine them for you for $25 at