It is a 2005 kit built CH601HD that was built by Trevor Page, and sold to me & Ray Nash in 2007. At the time Ray & I had been flying Quad City Challengers on wheels / skis / amphibian floats. We wanted a faster go further adventure aircraft that was still in the Advanced Ultra Light Aircraft (AULA) category here in Canada. It was also the aircraft that introduced me to Zenair / Zenith kit planes, the Rotax 912 series of engines, and the hopeless addiction of aircraft building. This aircraft started my journey in the kit building world. It was also a hell of a lot of fun to fly. We flew to fly-in breakfasts, we flew to visit friends, we flew to watch the sunsets. We flew out of grass airports, paved airports, farmers corn fields.

But life changes. I was seduced by a CH750 build / flying, and then a 1450 float build, followed by a Citabria GCBC. My partner Ray went through a divorce, two kids in College, increasing business demands on his free time. The Zen as we affectionately called the CH601HD was placed in storage state in November 2018. She stopped flying. I lost the 2020 year to a heart attack and open heart surgery. Ray interests have changed, and demands on his free time have increased. We made the tough decision to sell The Zen rather than see her languish in a lonely hangar for another year.

After a close inspection, The Zen's Rotax 912A 80 HP (originally a 600 hr. TBO engine - with 1236 hrs) fired up without hesitation for the new owner Harry Walia. A few test circuits and all was in the green for launch. I could not stop grinning as I listened to the Rotax 912 humming contently on the taxiway, the Zen's wings shining in the sun, her fuselage rocking in the prop wash. The Zen was doing what she was built for "Going Flying".

The Zen made an uneventful flight from Pembroke, Ontario to her new home in Baldwin, Ontario. 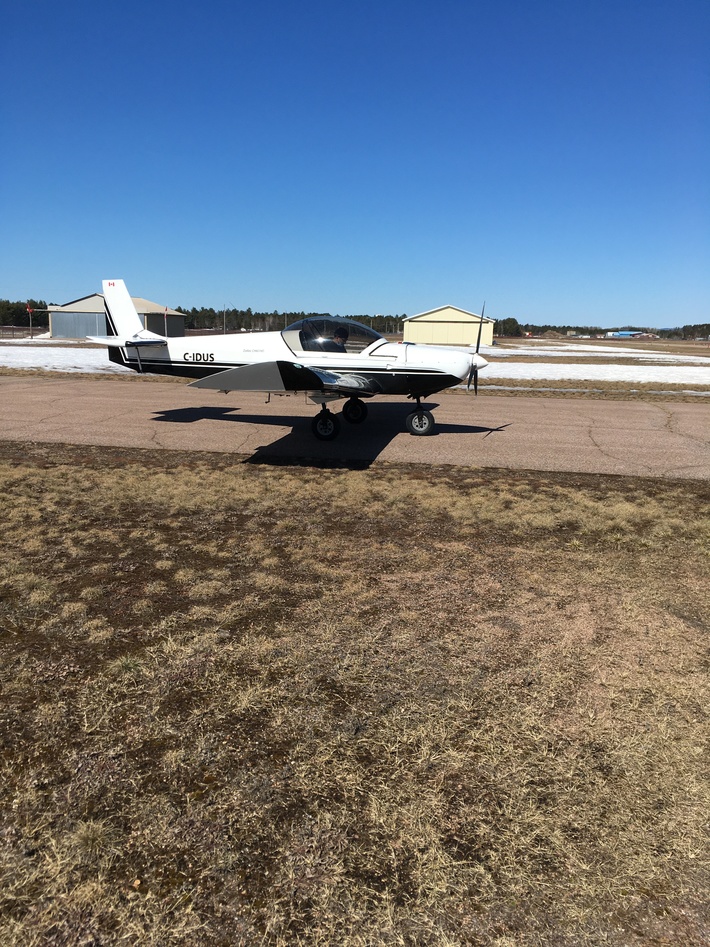 I trust you are well mended by now Bob. I'm still flying ZK-ZOD (Zoddy) here in NZ but less regularly. The ADSB mandate by December 2022 may be the incentive to move on after gaining PPL in '67.  Classic cars are a more sedate pastime for us oldies.

Bob, thanks for posting this.  I know you will miss Zen/Flying Monkey.

I hope your health is till improving to the point you will be able to fly again.

Thank you so much!!

Someone would think that buying a 26th airplane (7th Zenair) would not be any exciting than taking a shower...but I can admit that getting back to a CH601HD now named "Flying Monkey" still kept me up all night. For me, the first step in your hangar and looking at the Zen was like a Kid in Disneyland looking at the favorite character. I am so glad about how meticulously and proudly you have maintained this aircraft and paperwork. it passed the health checkup with minor snags that will be taken care of in next few days. I can assure you that plane will be treated equally (if not better) at his new home.

Obviously, the test flight gave me a great confidence in machine and I was not as much nervous to take off for a long flight in 25+ miles winds and real bumpy even at 5500'. It flew quite reasonable and everything stayed in GREEN. 260 miles of journey started with 30 mph tail winds for first 50 miles turning into a direct crosswind for next 50 miles. After that it was about 25 degrees and just as I was calling 10 miles out, all that wind disappeared like a magic and I touched down with less than 5 mile wind on my nose. All in all, it was a great flight I can't be thankful enough to you for your support and smooth transaction. As you said Bob, we are now friends first and then a buyer/seller.

Needless to say, You and Ray have a promised access to this "Flying Monkey' any day you are in the area and would like to take him for monkeying in the sky :).

Your wife sounds like she knew what she was getting into...insightful assessment! LOL!

My wife (married 40 years) said that I don't "own" an aircraft. You have torrid affairs with them, before moving on to another bird that catches your eye. She also said I was a plane fool when I married her.

Bob, was this a recent "sell"?

I also started flying with the Challenger and then to. Curtis Fogal built 750.

IJXG is a dream to fly.

I intend to do a sililiar send off when IJXG leaves the nest.