The 1/8-inch (A4) and 5/32-inch (A5) blind rivets are available through Aircraft Spruce in batches of 100 each.  The riveter tools, supplied with the required custom-machined heads, are also available from Aircraft Spruce.

Aircraft Spruce was a major sponsor of EAA's One Week Wonder kit aircraft project at EAA AirVenture Oshkosh 2014, where an entire Zenith CH 750 Cruzer kit plane was built in just seven days during the week-long convention.

Desiree Czaplinski, Aircraft Spruce's marketing manager, spent time on the One Week Wonder project to learn more about kit aircraft and homebuilding, and specifically about Zenair blind rivets.  Below, Desiree drills a hole in the rear fuselage skin (which became part of a flying airplane one week later!): Rob Irwin of Aircraft Spruce pulled a rivet on the One Week Wonder airplane: 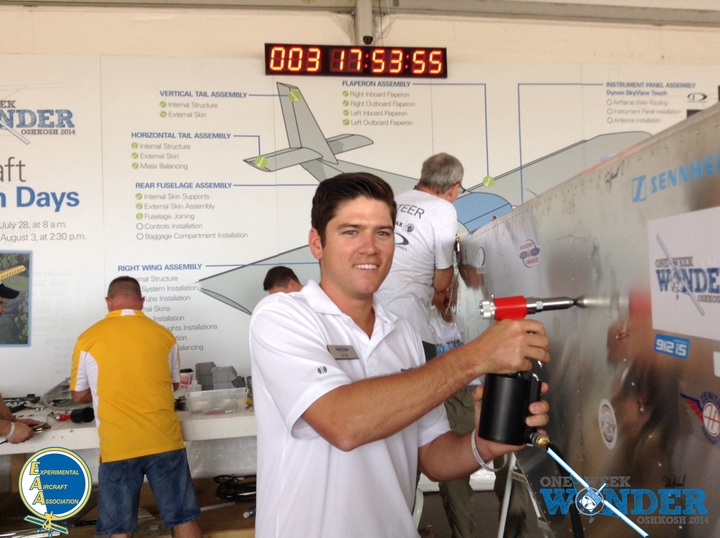 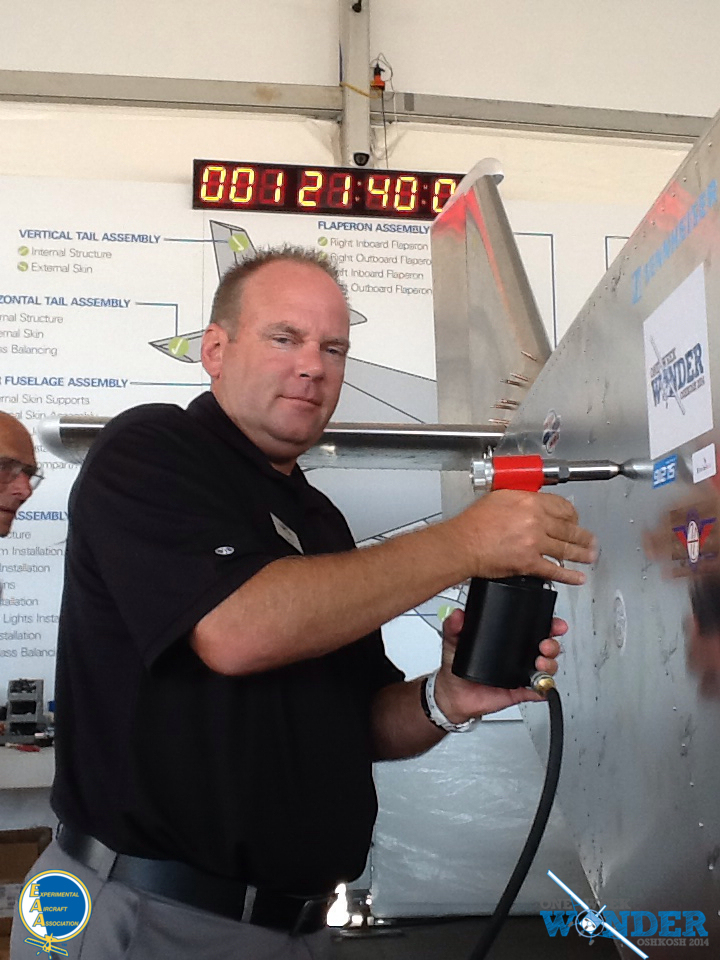 Below, Aircraft Spruce & Specialty's president Jim Irwin with marketing manager Desiree Czaplinski, with the One Week Wonder project at AirVenture 2014: The One Week Wonder project gave more than 2,500 visitors to EAA AirVenture Oshkosh a chance to pull a rivet on the aircraft, which was flown for the very first time two days after the Oshkosh show.  The project showed many thousands of people exactly how an airplane goes together, from start to finish.

Those who pulled a rivet on the aircraft received a One Week Wonder commemorative pin (courtesy of Aircraft Spruce) and signed their name in “The World’s Largest Builders Log.” 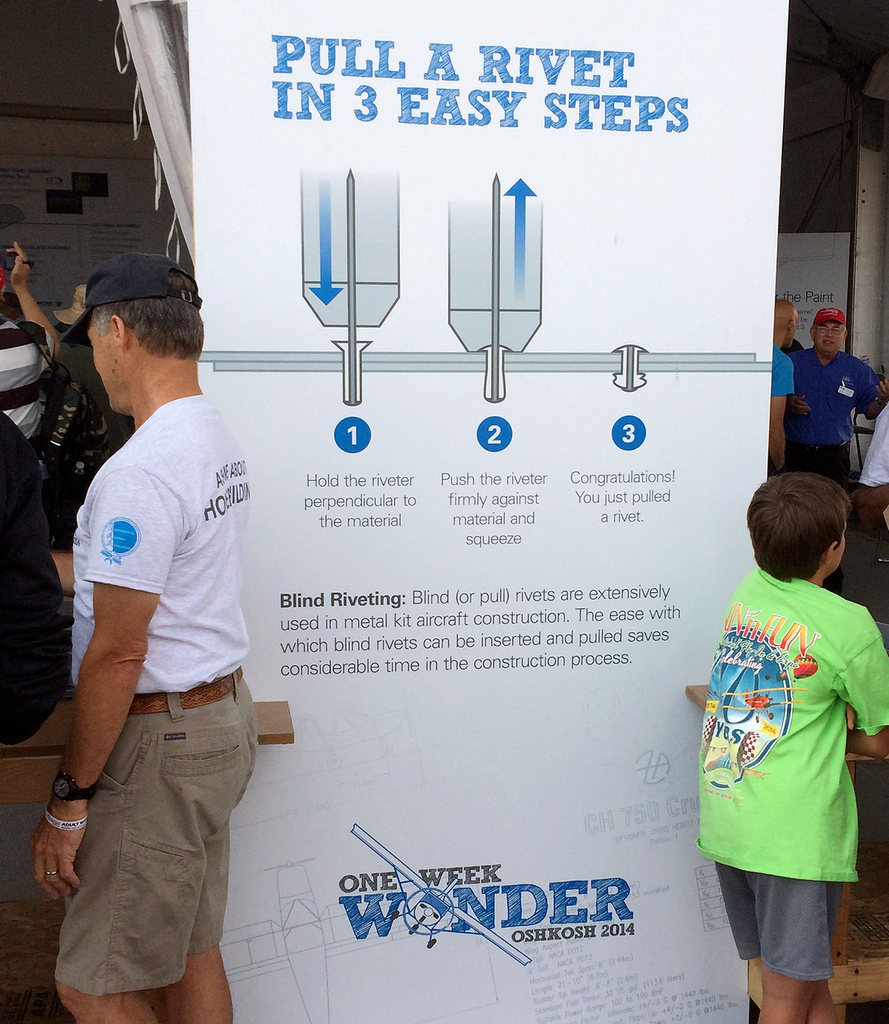 At approximately 11:07 a.m. Tuesday, August 5, 2014, the airplane thousands of EAA members had a hand in building during the One Week Wonder project at EAA AirVenture Oshkosh 2014 flew for the first time, piloted by Jeff Skiles:

Aircraft Spruce sponsors the useful EAA Hints for Homebuilders video series, including a series of videos specific to building your own Zenith Aircraft kit, including this video about Zenair blind rivets:

Aircraft Spruce is your one-stop source for all your homebuilding needs (as well as pilot supplies):