The May 2012 issue of Pilot magazine features the sleek Zenith CH 650 on its cover, followed by a seven page feature story by Dave Unwin, the magazine's Flight Test Editor.  Roger from the Zenith Aircraft Company factory went flying with Dave at the Sebring LSA Expo earlier this year to show him the new Zodiac CH 650 B model, powered by the UL350iS engine: 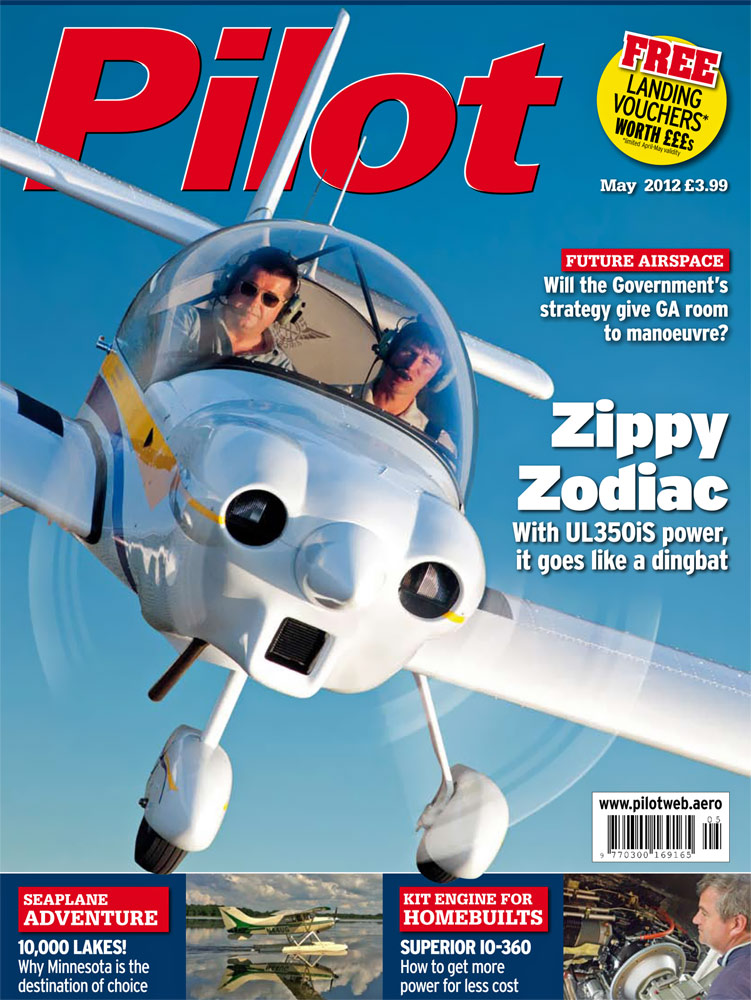 Pilot magazine is the best-selling general aviation magazine in Britain.  Dave Unwin is the magazine's
Flight Test Editor and is the former editor of Today's Pilot magazine, and has also written for Plane & Pilot, PilotMag, Flug Revue, Sailplane & Gliding, Flyer, Wingspan, FlyPast, Airliner World, Airports International, Air International, Maxim, the Sunday Times and the Financial Times. He has been flying for 26 years and has accumulated around 4,300 hours in about 250 different aircraft types, ranging from antique gliders and vintage biplanes to modern turboprops and jet fighters.