With the FAA paper finally in hand, the shout came out from Charlie 'Move that plane NOW!'.

The Thunderbirds (you know the F16s that display really well), were ready to do their display to close the whole weeks events... but they couldn't.    The crowds were on the line, and the planes had their jet engines running, but they were not being given the 'GO!' until after the One Week Wonder did its first ever 'under its own power' taxi. There was only a little problem.  Five hundred yards.  A host of airplanes in the way - and crowds waiting to watch the Thunderbirds... but there would be no 'Go!' for those F16s until one little CH750 did a dance - with the physical touch, contact and input of two thousand five hundred builders pulsating in every molecule of 6061 T6 and 4130 steel of the machine.  Not one wire went in without the touch of many, and so that plane would make it to the show... it really would...

A large show line bouncer tried to stop the parade - but it passed him by, as he shouted 'you can't go there - it is time for the Thunderbirds!'.  Little did he realize that the Thunderbird team had a vested interest in the little, unpainted, newly hatched aircraft that was about to make its first major public performance.  No person ever becomes a pilot, nor engineer without first being inspired - and so, just perhaps, a future pilot of the Thunderbirds had recently pulled a rivet in that little plane that was heralding their performance!   And so they waited patiently in line for N140WW...

It took a few moments, and as the crowds parted to allow the entourage to pass, the Thunderbirds engines could be heard at the end of the main runway, not impatient to fly, but shouting their encouragement to the One Week Wonder aircraft to reach its goal.

Once the crowd was back behind the line, and safety was ensured, a loud 'CLEAR PROP' and 'Clanker, clanker, clanker'... the engine didn't start.  We don't know why, but the engine didn't fire as it had earlier (probably the battery was a little low from having the widescreen TVs running for so long during the FAA inspection - after all, we have to blame the FAA for something!)

A few seconds passed as the One Week Wonder team held their breath.  Then, Roger, pressed the start button once again, it took just two turns of the prop for the Rotax 912iS Sport to come to life, calling back across the airfield to the jet engines of the Thunderbirds.  'I am alive, and I will dance' it shouted!  It was almost magical to think that less than a week ago this airplane was nothing more than a set of parts in a box, and the imagination of a small group, led on by the Spirit Of Building Aircraft. 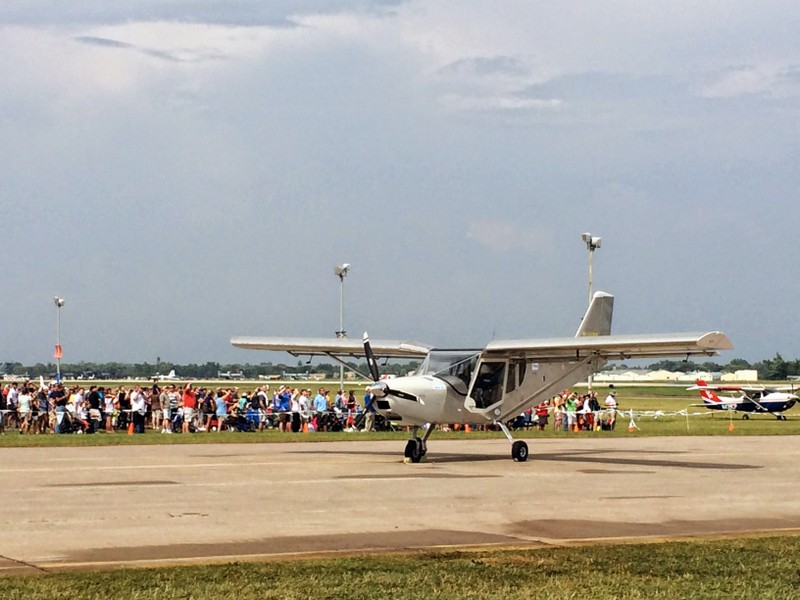 With announcements coming over the speakers, the little plane made a proud display around the apron, shaking her tail, and waggling her control surfaces... finally, she came to a standstill, shutting down face-to-face with Chris, Caleb and the entire team.  Smiles spilled out like M&Ms from the factory storage bins... sweet, multi-colored and full of happiness.  Thumbs went up, and the ONE WEEK WONDER cheer was echoed along the show line. 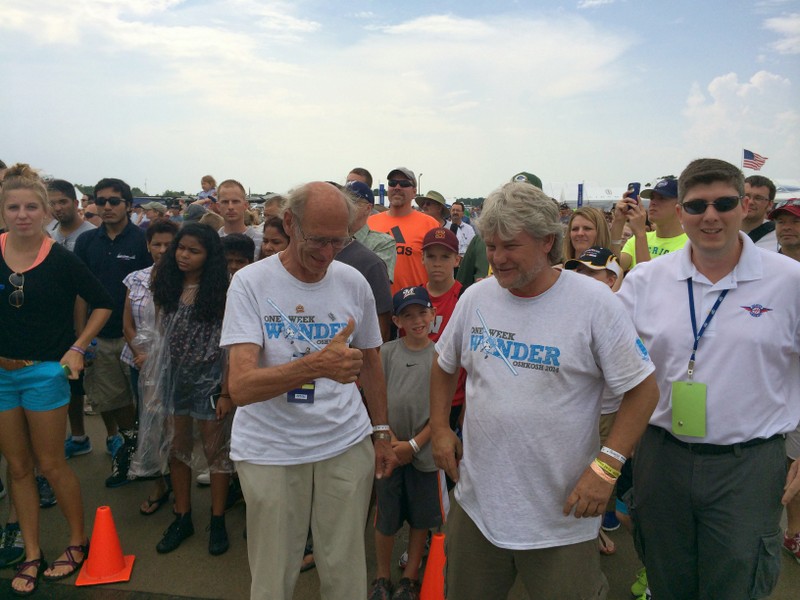 N140WW was now the front drop to the Thunderbirds as they blasted down the runway, afterburners saluting the latest aircraft to be born. 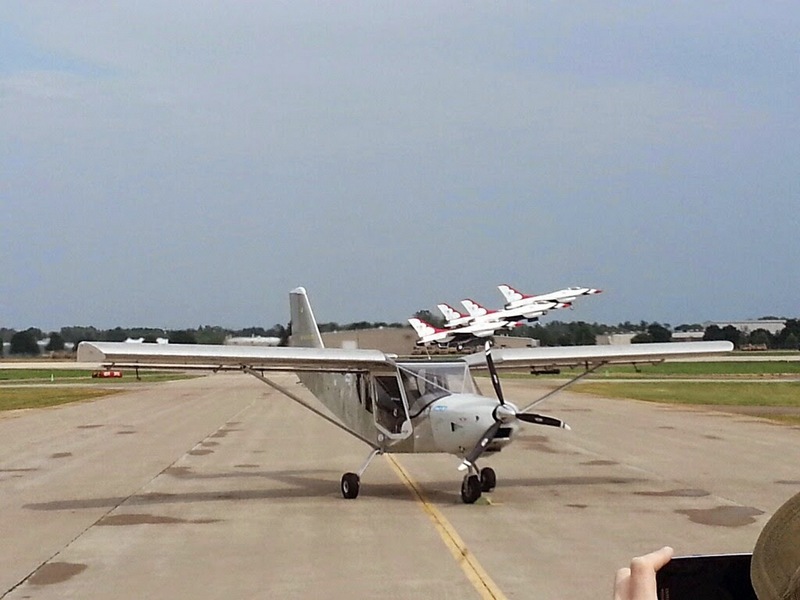 It had been done, but this was only the beginning.  The One Week Wonder aircraft is set to be making its way around the country, saluting the world, thanking its builders and sowing seeds of inspiration and passion in many more than it did during it's 'pregnancy week' of Oshkosh 2014...

So, what shall we do NEXT YEAR!?

Very well written series of articles.  We visited the One Week Wonder many times during our 5 days at Oshkosh and it always seemed like things were well under control and proceeding exactly as planned.  Often times we'd go by at 6pm and things would be closed up for the day.  How nice to hear of the reality from the "inside" of the bull pen.  It also reminds us that while the "kit" comes together relatively quickly much of the work is in the "rest". Well done team - mission accomplished!