We live, work and operate in areas where light aviation is poorly understood (did I hear somebody in America say 'me too!' - well, think again!). I often say we are living in the 1930's with regards to light aviation acceptance - but rapidly moving up the decades through hard work, determination and a lot of awareness activities - and the help and support of you.

We opened the airfield at Kpong just five years ago - from scratch in the bush-lands of Ghana... and this is the fifth annual light aviation air show - or the biggest little air show in West Africa. 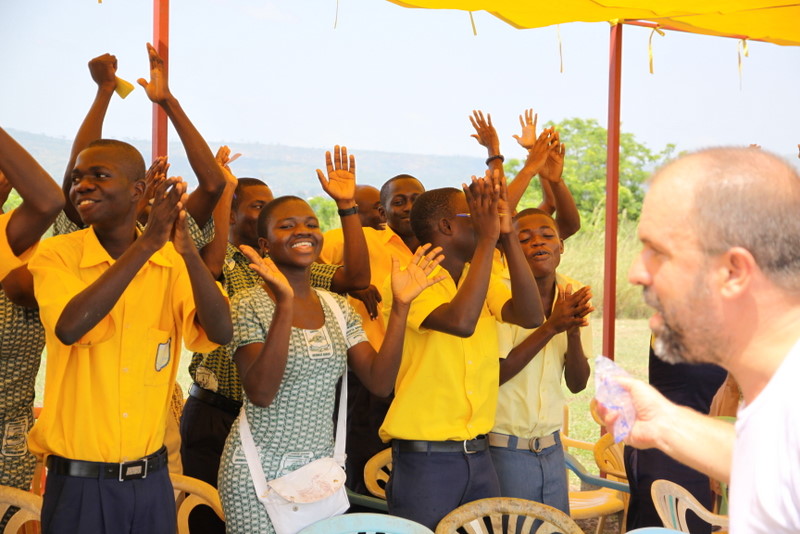 Education day was aimed at the young people, a day where they could talk to their corporate 'heroine', Patricia Mawuli Nyekodzi - who has shot to fame for building and flying aircraft in her country (with a little help from some friends). With the help of Theo Ago, an Air Traffic Controller from Accra, Paul Joosten from the mining industry, Captain Yaw and all the team that made it physically possible, we gave the children a chance to interact and to watch some practice routines for the air show. 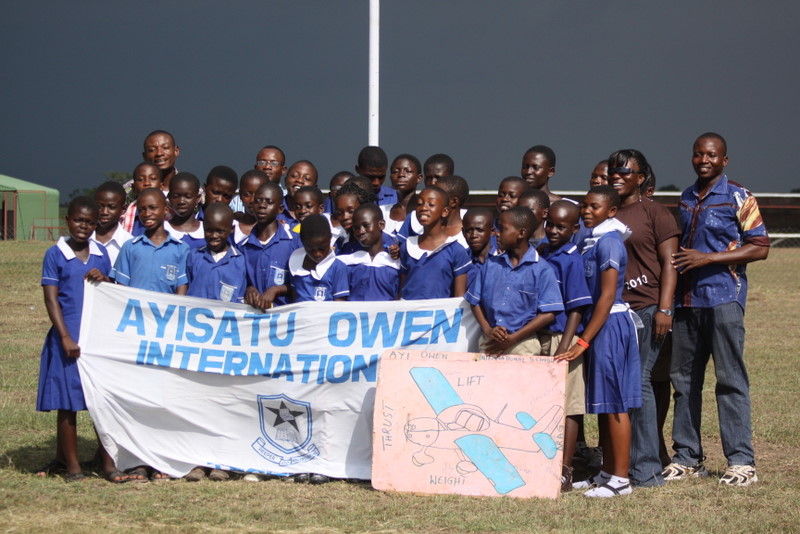 Some of the children came from Battorkope, a village devastated by floods, and where $1 is an absolute fortune, others came from more 'relatively affluent' communities where it would $10 to make an absolute fortune... These kids, some dressed magnificently, others wear their tattered uniforms with tack stitches to 'smarten' them up for the day - but all proud to be present at this event - and all ready to clap and cheer for their sister, who only three and a half years ago still lived in a traditional hut with reed roof, no electricity and fetching water on her head each morning... 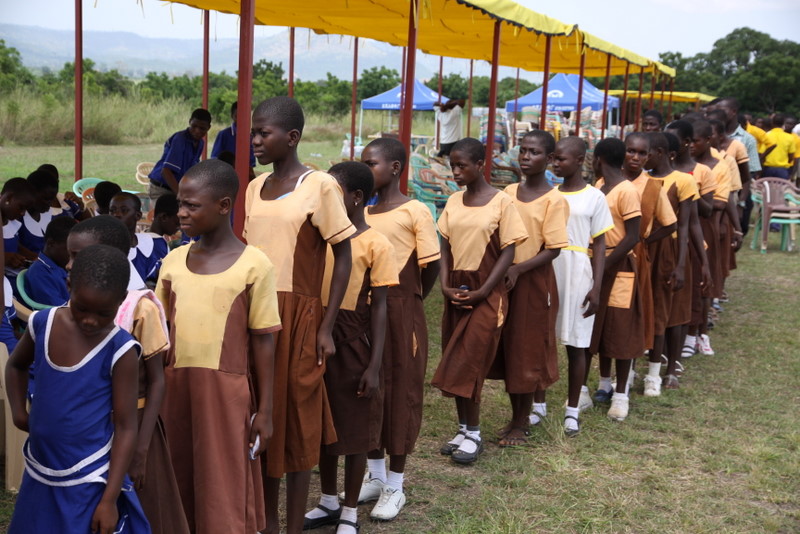 Two of our girls who we are training, Juliet and Lydia, took advantage of Paul's camera and posed in their new yellow T shirts we recently gave them . For Lydia it is a massive achievement to pose like this with her disability - and a great step forward to her recovery. Aeroplanes really are more than metal magic carpets - they are fantastic, almost surgical, tools for touching the hearts and minds of young and old alike. 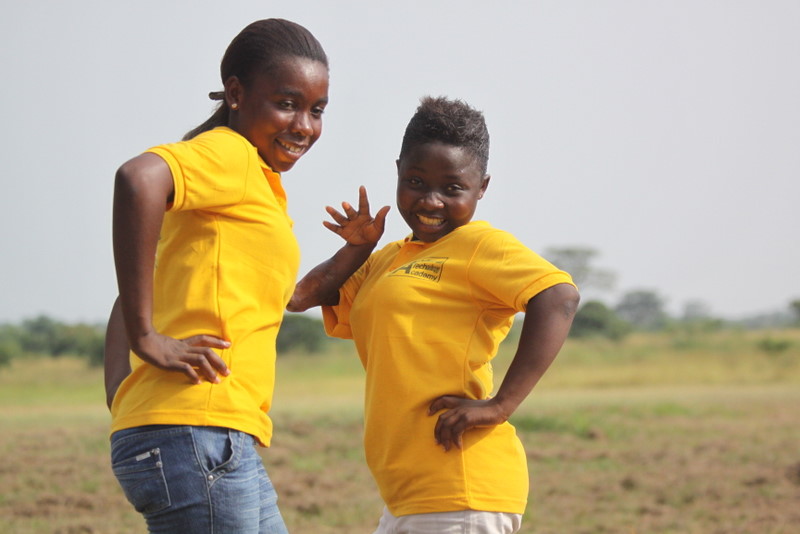 Patricia had 'Dared to Dream' and this weekend was a weekend of inspiring the daring spirit of dreaming against the impossible. It was also a weekend of gaining public support for light aircraft, informing the general public about the potential, erasing some of the false rumours and moving steps closer to approvals for further operations.
We displayed our two X-Air Falcon primary trainers, although tube and cloth, they are very forgiving and with the high prop, less expensive when 'things go awry' in training people who may never have ridden a bicycle to fly.
Of course, our workhorse aircraft are the Zenith birds, and they performed magnificently, blue and white 9G ZAC was flown by Dr Patrick Ata, the first Ghanaian to obtain the national pilots licence, and the first Ghanaian to own a CH701 (built by Patricia and the girls). Red and white 9G ZAF was flown by Martin Talbot, Patricia and Capt Yaw, depending on the display in hand. 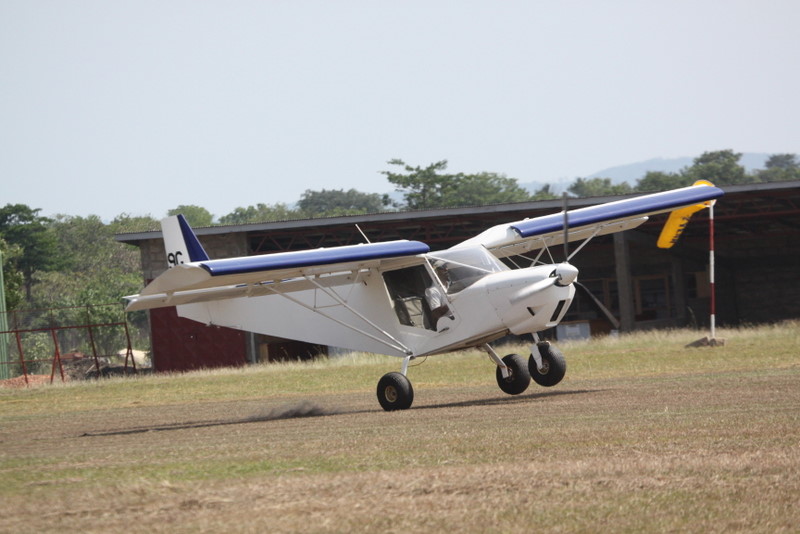 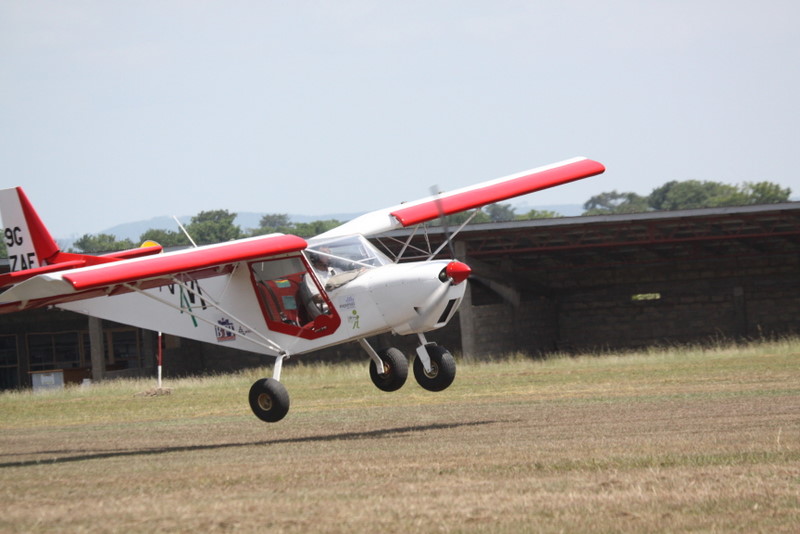 Cross wind landings - and even some sudden wind direction change tailwind landings added to the skills demands...
Formation flights of each aircraft type and a four ship, with a remembrance day 'missing pilot' flight were all part of the weekends entertainment and education. 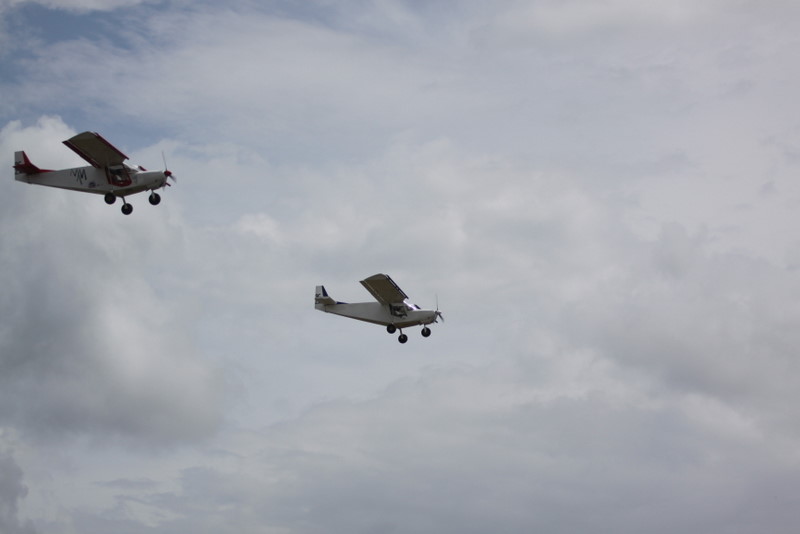 One of the displays was the 'communications cannister drop' and we did that in conjunction with express Telecom who gave three phones to be dropped and given to the public. The crowd loved it and once again our low-cost delivery system from the modified 701 demonstrated an ability unmatched in its class.
One of the show-stoppers every year is the landing on a land rover - we don't actually try to land - rather get the crowd excited about how precise you can be with flying. This year we ran two land rovers and slid an aircraft between them. DO NOT TRY THIS AT HOME. It is a tricky manoeuvre, and one that we have grown over the five years - but it is a manoeuvre that gets people excited about the possibilities. Thanks go to the drivers for working to the radio calls of the pilot...

At the end of the weekend's events, we are all happy that we have raised the tempo of light aviation, inspired a new generation of future pilots, lit the flame of hope amongst those in need and made great strides towards a brighter light aviation in West Africa. 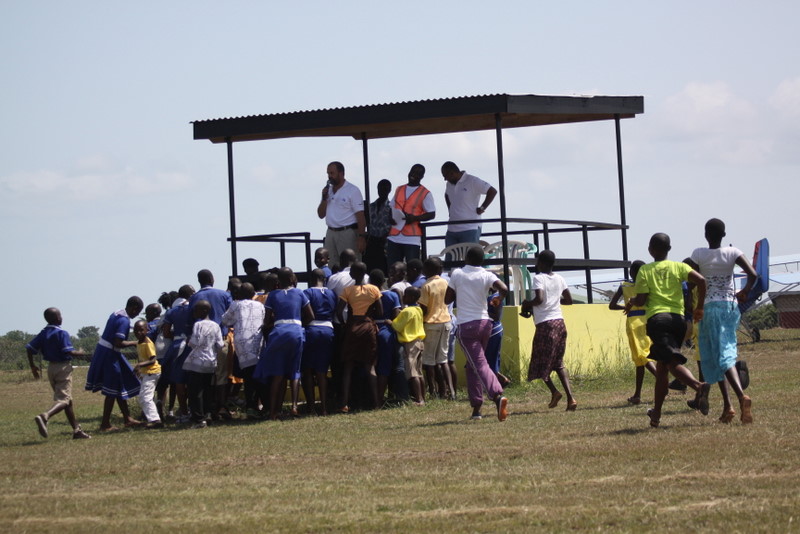 What do you see when you look upwards... clouds or opportunities....One thing is for certain, I know what they will see now...but I also understand the responsibility that rests on our shoulders to provide all we can to meet those dreams and visions and to turn them into history. 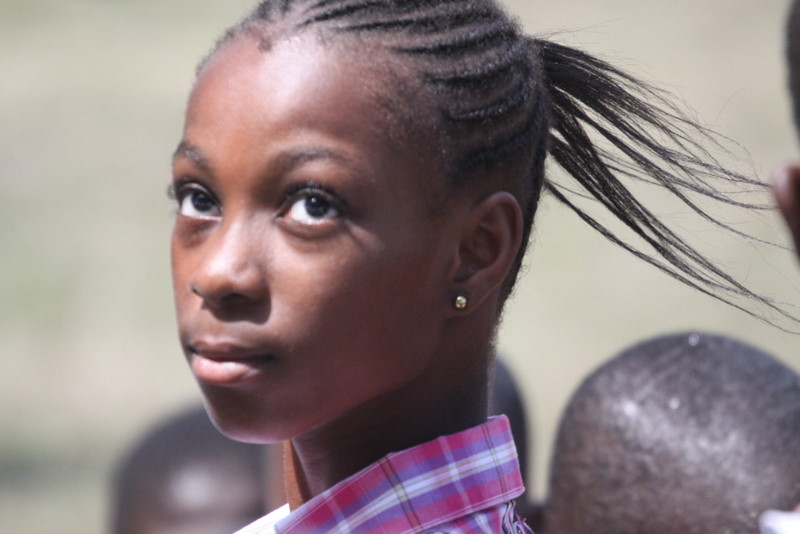 Thanks to all those who support what we do in West Africa...find out more at http://www.medicineonthemove.org/