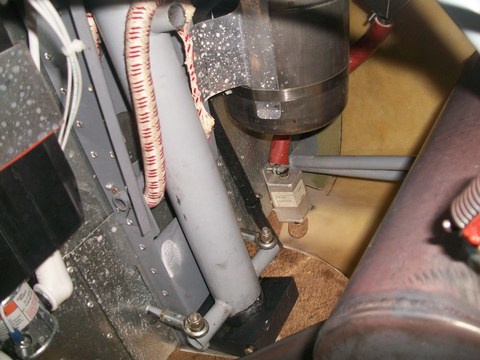 I know that I had not been hard on the bungee 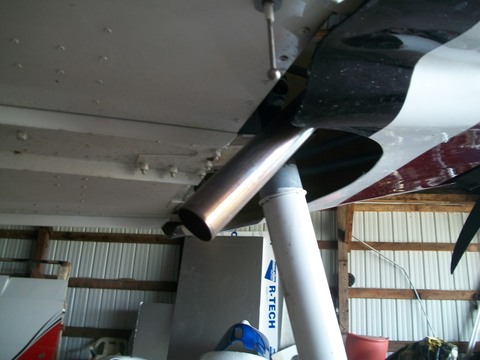 the round radius is 7"

all you math wizzes can figure out the area !!

next I duct taped on a 2" lip right ahead of the radius , not it wasnt really solid and i think it flexed back a little  in flight

but it did drop the bungee temp down to 145 degress

flew it for ten minutes and never got it over 117 degress!!!

and for all the testing the ambient was 84 degress

I know there is alot of 701 running the Rotax setup that have not had any problems , but i think the 750 might need a little help on that area.

Guys should keep an eye on thier bungees .

The lower strap welded on the gear leg saved lots of headaches ,hats off to Zenith on that !!

hope  this helps someone

Im thinking im going to make a cover over the bungee nose gear tube and run a SCAT tube  to the top , it will direct cool air and act as a heat shield at the same time , ill get some pics posted of that soon and get some temp results

The bunge cord works great , I beleive the thought on that design is simple ,light and cheap .

it has worked great on Piper products for 75 years

im not sure on your situatuion but next time you fly just fell around  the bunge area and get an idea on what kind of heat is on it , but you also have to look for anything that might have rubbed it some how and damaged it

Im not saying heat is the reason for every bungee fail

just curious, why a bungee cord and not maybe a coil spring or something like that?

Im waiting for an answer on that

What temperature range is the bungee cord designed to operate within?

Comment by Geoff Klestadt on September 7, 2012 at 3:09pm
Well done! I think you have demonstrated the cause of the problem.

Interesting stuff.... I have not had a bungee fail on my CH750 yet !  I have had a nose gear bungee almost fail (walk around inspection caught it) on the CH601HD nose gear. This bungee notice will have me and others looking closer on the inspections.