I have been flying for several years with just some Noral seat cushions from Aircraft Spruce.  The 3” seat bottom was okay but the 2” back was always slipping between the back support bars.  I ended up adding a stadium cushion and a lumbar pad without much better results.  After reading several of the seat discussions on the forums, I decided to build my own upholstered seats.  As usual, I studied the work of my hero, John Austin, and copied his and others’ seats.  But in this case, I decided to do the upholstery work myself.  I have never done any sewing and certainly never any upholstery, but I had never built a plane or painted a plane before this project either.

I ordered the Temperfoam from Hi-Tech Foams (www.seatfoam.com) and some flame-resistant automotive fabric and pleating foam from YourAutoTrim.com.  In the mean time I found some material my wife was not using and bought some ½” foam at the aviation department in WallyWorld.  I also watched a ton of videos on YouTube about sewing and upholstery.  One channel on upholstery basics by Cechaflo was very helpful. 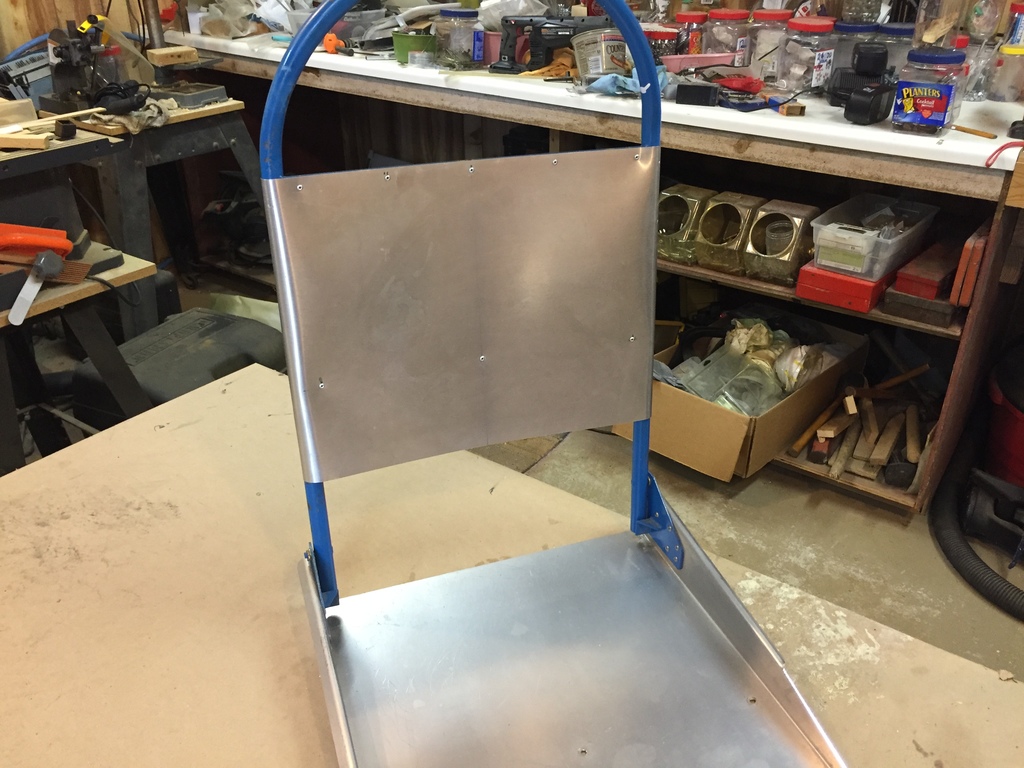 I added a solid panel to each seat back frame like others have done.  This would have solved the problems I was having with my seat cushion and made them much more comfortable.  So if you do not do anything else, add the solid panel to the back.  I will probably put the Noral seat cushions up for sale if anyone is interested. 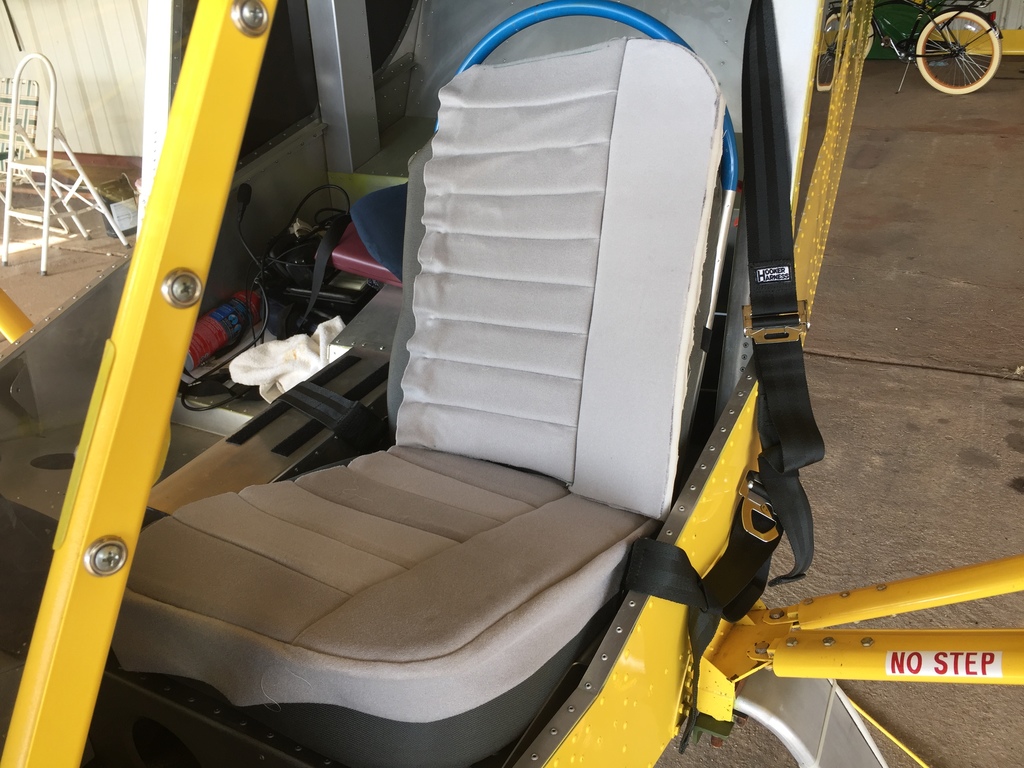 I then made up several sample pieces of upholstery from my practice materials.  This gave me practice at sewing and pleating and helped me figure out shrinkage.  I took a roll of Kraft paper and laid out full sized patterns for each piece I would need.  For example I laid the seat back on the paper and traced around it and then came back and added the seam allowance for a complete pattern.  My design has a pocket for the seat back to slide into (no closure as the fit is very snug) and a storage pocket on each seat back.

When the real upholstery material arrived, I cut out the headrest sections in preparation for embroidery.  I downloaded the Zenith logo and added my N-number.  I carried this to several embroidery shops for estimates.  The stitching is usually priced so much per 1000 stitches, both shops were $1/thousand.  The artwork has to be converted to an embroidery file or digitized.  Neither shop did their own digitizing and would have to send it out at a cost of $25 to $30.  Okay, I am cheap and I like to do my own work, so it was back to YouTube.  There I found multiple videos on how to do your own digitizing for free.  Most used a 30-day free demo download of a program called SewArt.  I watched the videos and downloaded the program which is free to use as much as you want for for 30 days and then is $75.  Through trial and error and watching the YouTube videos I was able to create embroidery files.  (Note: the lady at the embroidery shop said they were not the best files but were usable.)   The file for the logo is attached.  It is 170mm wide.  Most shops will prefer to add the numbers with their own software.  My cost for embroidery was $16. 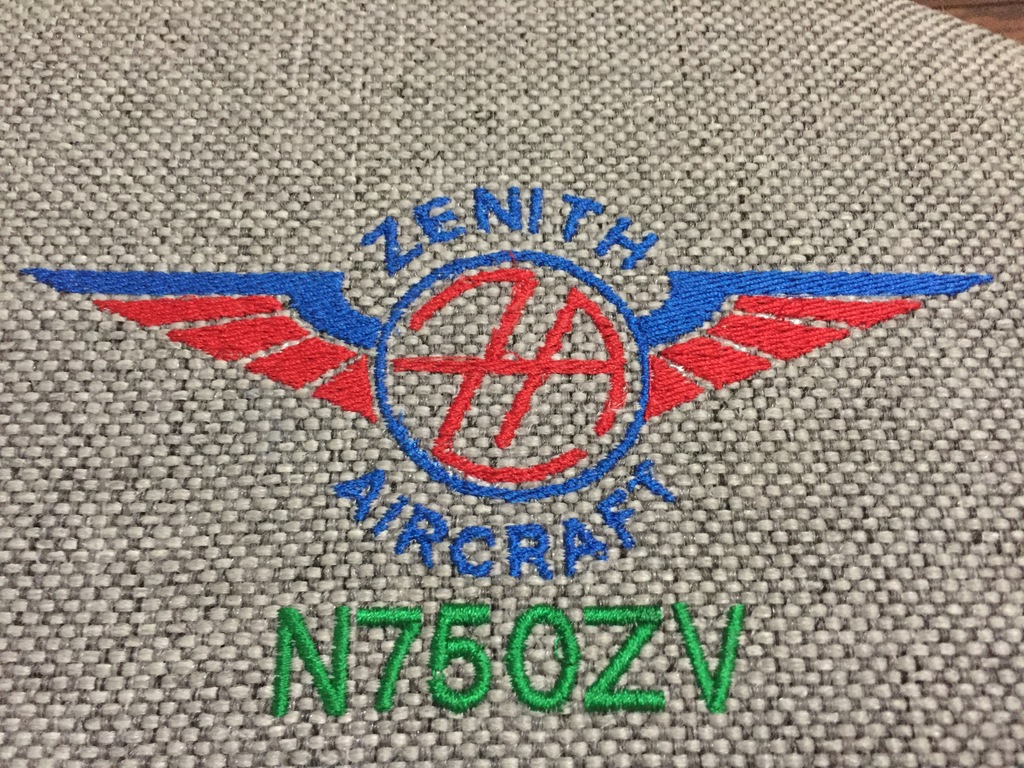 After several weeks of work, I am pleased with the results.  If I had paid a professional for the upholstery, then there would be a couple of things I would not be happy with.  But I think they look okay as my first upholstery job. 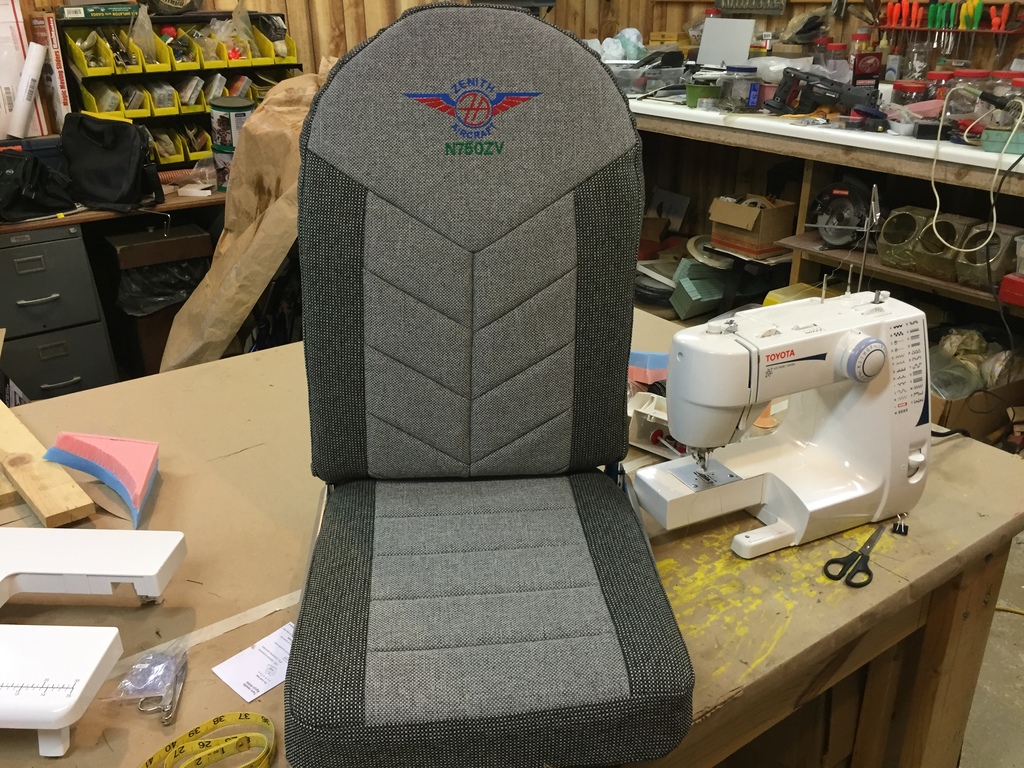 FULL DISCLOSURE:  The material is synthetic so I used a hot knife (really my soldering iron with a flat tip) to cut it so it would not ravel.  The foam when cold is like a board.  I needed to remove the covers to touch up a few places, so I warmed up the first seat back if front of my propane tank top heater.  While removing that cover, I placed the second seat back in front of the heater.  It slid down and got too close to the heater and this is the result.  No flame and almost no smoke! 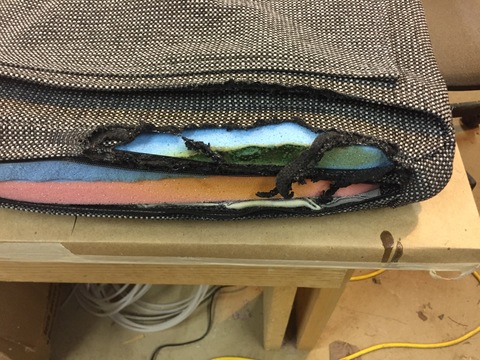 Your seats look great. Gives me hope that I can make my own now. I better get busy on You Tube!