Watch and listen as Zenith Aircraft's Roger Dubbert explains why the CH 701 grabbed so many headlines this year, as he takes you flying in his own personal STOL CH 701 "Sky Jeep." As STOL (short take-off and landing) competitions and demonstrations have gained popularity over the years, so have the capabilities of the original STOL CH 701 design (as well as the larger and more modern CH 750 series).

Here's a quick summary of the STOL CH 701 victories over this past year:

At the beginning of the year, on February 6, 2021, in New Zealand, the STOL CH 701, owned and piloted by Deane Philip, took first place finish at the 2021 New Zealand Bush Pilot Championships. Deane won the national event with both the shortest take-off and shortest landing in his Zenith STOL CH 701, powered by a 130-hp Viking 130 engine. 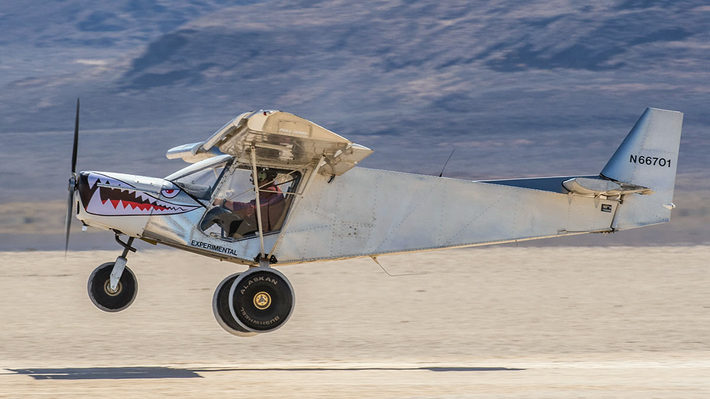 25-year-old Jon Hakala is a relatively new pilot with about 100 hours experience flying his Zenith "Sky Jeep." He modestly explained how this was his first competitive event and that he hardly expected to qualify for the event with his stock STOL CH 701. He made the 5.5 hour trip to the Dead Cow dry lake bed (north of Reno in the high desert) in his Zenith from his home in northwest Oregon.

Jon Humberd was the Overall Winner with the shortest combined takeoff and landing distance at the Central Florida Classic STOL event on December 4th held at the Sun 'n Fun Holiday Fly-In Festival.

Humberd's winning combined takeoff and landing distance (behind the line) was just 159 feet (in no wind warm Florida conditions), shorter than all 28 competing finalists. Watch the video of his performance at the STOL competition. Humberd won the very competitive national event flying his now famous "Super 701" (a stock kit-built STOL CH 701 powered by a 130-hp UL Power engine).

Jon Humberd had a busy (and successful!) year flying his STOL CH 701 at various STOL events and competitions. Humberd was invited to demonstrate short take-offs and landings at EAA Oshkosh AirVenture's popular "Twilight STOL" event, and check out this winning short takeoff and landing from Calhoun, Georgia, in October. What makes the above victories most notable is that they were all won in pretty much "stock" aircraft (as much as there can be "stock" in one-of-a-kind amateur-built aircraft) with different engines, ranging from the standard 100-hp Rotax 912 ULS to higher-powered UL Power (130-hp UL350iS) to custom automotive conversions (Viking's Honda engine). Furthermore, the victories highlighted above were in different environments, ranging from sea-level STOL to High Sierra STOL-Drag racing (at altitude). In most, if not all, cases, the winning Zeniths were significantly lower cost airplanes than their competitors, and were all flown in cross-country to the events (and not trailered in as is the case with some purpose-built competition STOL airplanes). Kitplanes magazine featured the STOL CH 701 in a cover story (September 2021, "Buying Used: Zenith STOL CH 701) calling it "more than just a pretty face" as a tongue-in-cheek reference to its rather ungainly, but highly purposeful, appearance, concluding that "the little CH 701 is a perfect example of form following function."

"First flown in 1986, the little CH 701 is a perfect example of form following function. Everything about it was designed for a specific purpose. When Chris Heintz laid down its lines, he was all about making it simple to build, easy to fly and rugged enough to hold up in the field."

The Kitplanes magazine feature article concludes: "The Zenith STOL CH 701 occupies an almost unique niche in the world of light backcountry homebuilts, with its metal construction, three-decade history and ongoing kit production. And it’s a bunch of fun to fly."

A little history about the STOL CH 701:

First introduced in 1986, the STOL CH 701 aircraft was developed as an “off-airport” short take-off and landing kit aircraft to fulfill the demanding requirements of both sport pilots and first-time builders.  With the STOL CH 701, designer Chris Heintz combined the features and advantages of a “real” airplane with the short-field capabilities of an “ultralight” aircraft. The aircraft features fixed leading-edge slats for high lift, full-span flaperons (both ailerons and flaps), an all-flying rudder, and durable all-metal construction.

Check out the article "Anatomy of a STOL Aircraft: Designing a Modern Short Take-Off and L..." by aeronautical engineer Chris Heintz for a better understanding of the unique design features of these popular aircraft.

While the basic design has remained the same, many significant improvements have been introduced over the years, including a higher useful load, easier and quicker build kits, and more detailed drawings and step-by-step assembly instructions.

The popular Chris Heintz STOL designs include the CH 750 series, made up of the STOL CH 750, the CH 750 Cruzer and the newer STOL CH 750 Super Duty model. The CH 750 series are larger than the original CH 701 to offer more comfort (in a larger cabin), more engine choices and additional capabilities.

Don’t forget the CH-701 was released in 2021 for the new Microsoft Flight Simulator!