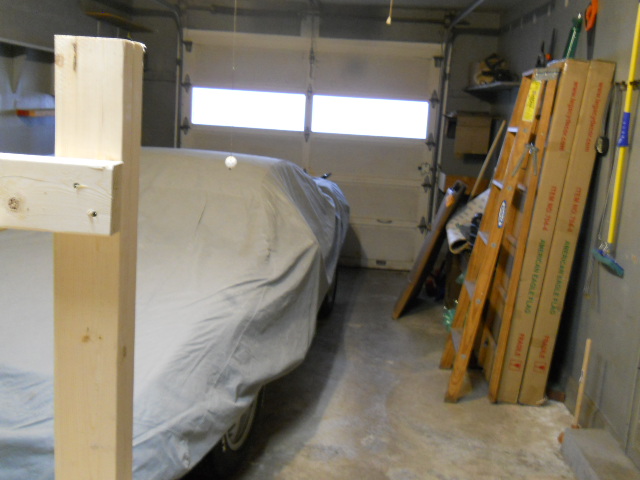 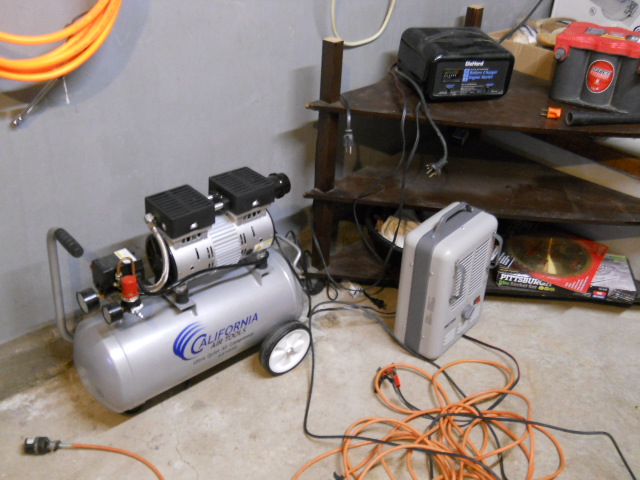 I later added a Velcro strap to hold headsets.  Seat cushions are positioned in the seat pan with Velcro also. As with all my fabrication, I had it Cat scanned to be sure there were no defects.… 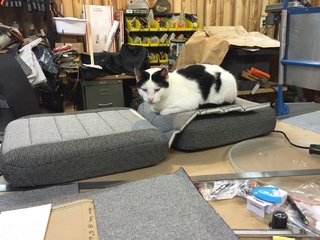 I have been flying for several years with just some Noral seat cushions from Aircraft Spruce.  The 3” seat bottom was okay but the 2” back was always slipping between the back support bars.  I ended up adding a stadium cushion and a lumbar pad without much better results.  After reading several of the seat discussions on the forums, I decided to build my own upholstered seats.  As usual, I studied the work of my hero, John Austin, and copied his and others’ seats.  But in this…

Years ago there was a picture of a flat black 750 with 2 IPADS on the IP. Does anyone know where I could find that picture? Im looking at paint schemes. It had a serious black helicopter Area51 look to it.

A Forehead Slapping Moment That May Save You Frustration

I have spent the past five months tracking down a strange problem. It was a problem that confused me, A&Ps, and lots of very smart people.

It was a problem that sent me down a path of inspections, repairs, experimentation, and lots of test flying.

It was a problem that was ultimately solved by two cents with of zipties.

When I pulled back the throttle on my 912ULS powered (550 hours on the engine) 701, the engine would start to get rough around…

Vikings Leaving For Sebring this morning 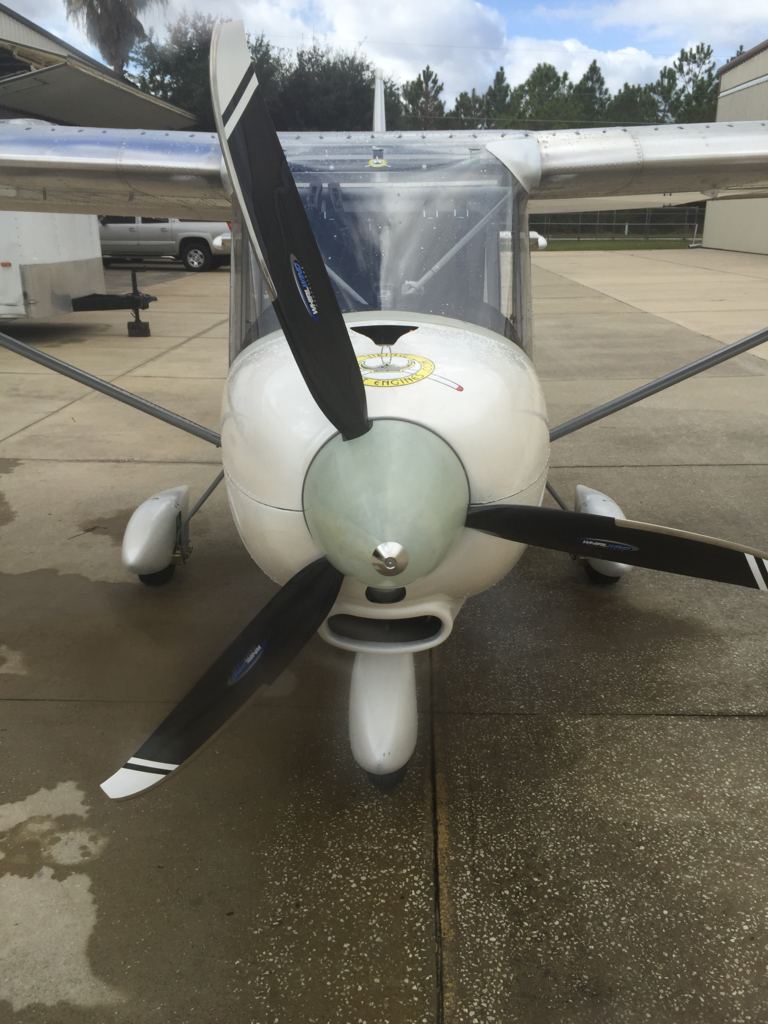 Some pics of a simple jig for handling the varying angle of the fuselage bulkhead.

At the top the of the form the bevel will be 15 degrees and as it is rotated by 90 degrees it will decrease to 0 degrees. This roughly corresponds  to a bent edge of 90 degrees at the top and smoothly changing to  11 degrees open on the side.

The jig is hot glued together and screwed to the form.…

While there are some kit manufacturers, including Zenith, who offer a "two weeks to taxi" builder-assistance program, our EAA Chapter 245 project will take considerably longer than two weeks.  That's perfectly OK as we will benefit from the passage of time as a means by which to season our decisions on major investments such as engine, prop and avionics.  We have not yet made those decisions so the Sunday build sessions give us a terrific opportunity to discuss the merits of each potential… 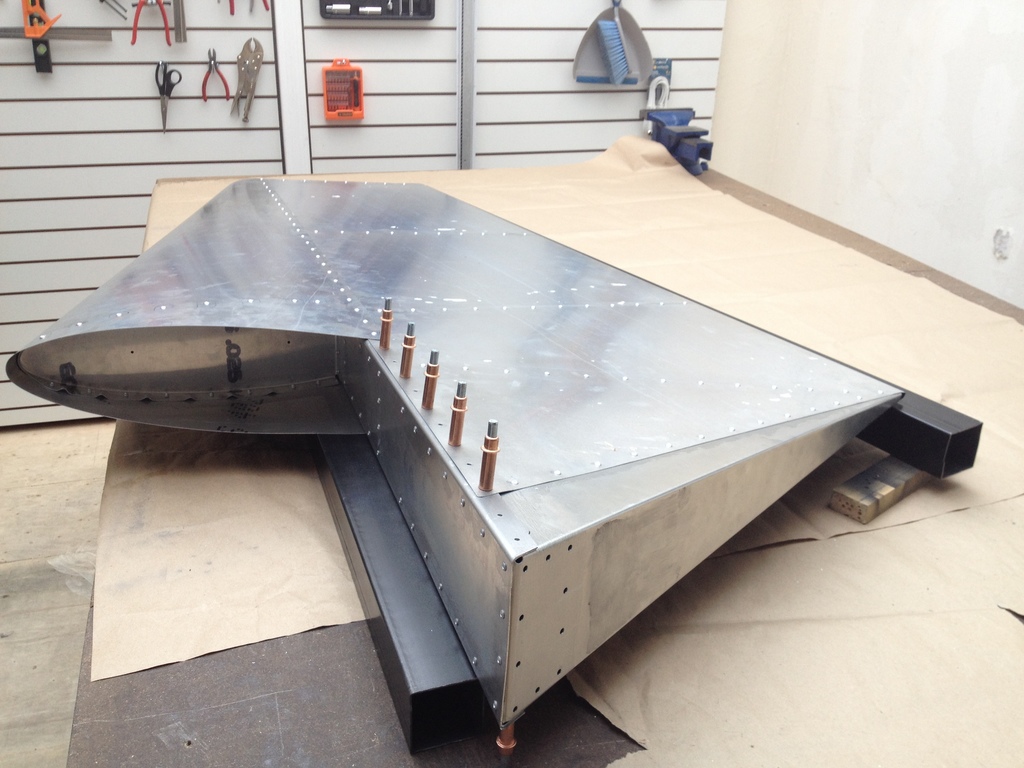 I just finished installing the Viking steel spring bungee mod in my CH750  Edition I  project which is nearly 80 percent completed.   Although it took me longer than I expected, I am happy with the modification and glad I took the time to add the mod.  Here is a rundown on my installation experience.

The engine was installed (C90) before the mod and the firewall well populated with components, nevertheless, the changeover was not difficult.  However, I did…

I'm not sure how often this blog will be updated, however I'd like to use this space to provide some updates on my involvement in the EAA Chapter 245 (Ottawa, Ontario, Canada) "Gift of Wings" build project.

Some background info...  In 2015, EAA announced a plan to provide to qualifying EAA Chapters a set of wings, a Gift of Wings, to encourage the chapter to build an aircraft and subsequently use that aircraft to promote aviation.  What a great idea!

A Potential West Coast Zenith Fly In At Arlington

UPDATE: This is now a REALITY!

Who would be interested in a West Coast Fly that is part of the Arlington 2016 Fly In?

The Arlington Fly In is willing to give us a…

Best wishes to you all!

Hello everyone (again) just checking in to let you know my advance since Feb 2015 (almosr a year!) Wow! I have my rudder, rear fuselage and firewall finished; about to round up forward fuselage ready to join rear fuselage; I have been a bit busy at work, but slow advance mainly responds to the fact I have been enjoying myself (no stress) with no particular finish date. Just sharing in case any body else is going slowly, dont worry...be happy! and have a wonderful 2016. My best wishes to you all… Continue

I was lucky enough to have been a part of a special day yesterday (Saturday  2nd of January) when on his sixteenth birthday, Ross Brodie flew solo for the first time. more than that he flew sixteen d…

I was lucky enough to have been a part of a special day yesterday (Saturday  2nd of January) when on his sixteenth birthday, Ross Brodie flew solo for the first time. more than that he flew sixteen different aircraft in the course of the day including (to keep on topic) my CH701. it was a special day with many well wishers present at Rangitata island airfield here in New Zealand, an impressive effort from a class act young man.