Hard to believe my 601XL is going on it's 9th year of service.  I have the condition inspection slated for April to get it done right at the beginning of good flying weather,  This will be my most expensive annual as the main tires are due for replacement.  With 830 landings on them, the tread is basically gone and I would expect threads to start showing soon.  The planned Saturday breakfast fly-out was a scratch due to weather, but the low cloud deck was just high enough at my airport to fly around in the pattern and get the oil warmed up.

I usually spend the first part of my annual solely with the engine.  With a warm engine, the compression checks come first.  I have not seen any degradation in cylinder pressures yet in 340 hours of flying.  After getting the oil changed and prop off, I called it a day to get some chores done at home. 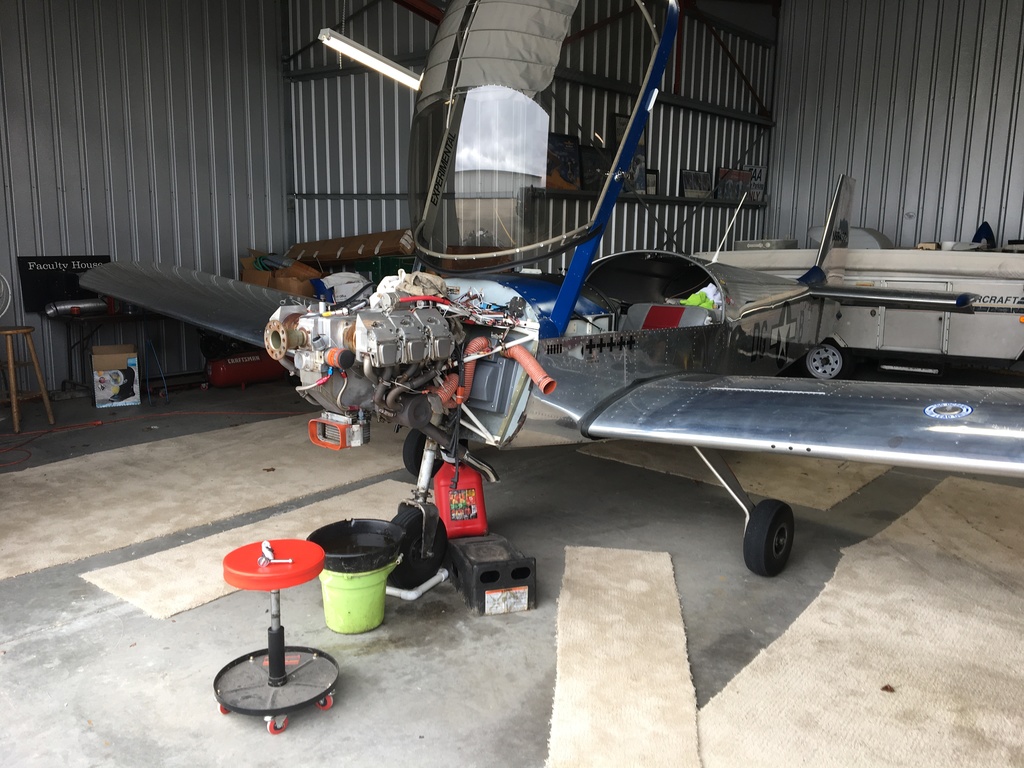 Sunday started with an 0800 arrival at the hanger.  I removed the inspection panels in the wing, lower fuselage and upper instrument panel.  There was a recent discussion on the 601 forum about whether or not to have this feature, but I really love the access I get with the upper panel off.  Servicing the brake fluid is a snap as I don't have to crawl under the seats to get to the cylinders.  Inspecting and lubricating the rudder controls is also a breeze.  The Burroughs Tension Gauge that Aircraft Spruce sells just recently returned to me from the latest buddy loan so I got that necessary check out of the way.  My gauge is often borrowed by several other local fliers in the area as is it not cheap. 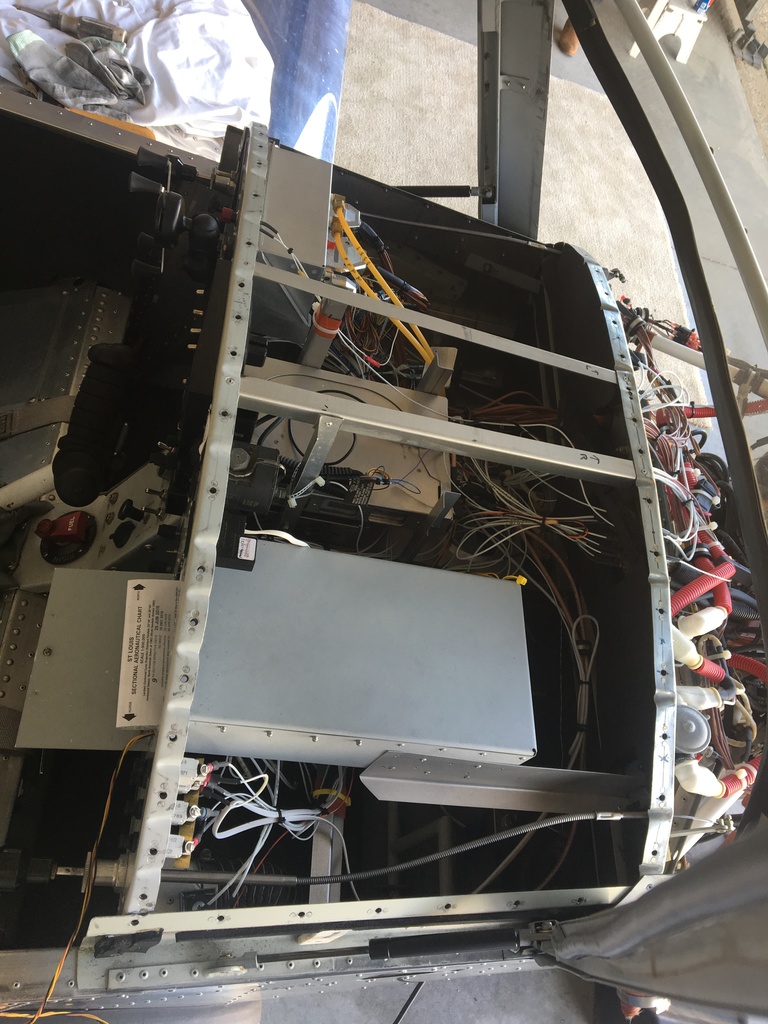 After I got most of the wing and fuselage inspections out of the way, I decided to tackle the tire replacements.  The brake pads were very close to needing replacement so their rivets were drilled out and new pads installed.  Setting new rivets, even with a rivet tool, was a little scary.  Despite what I thought were adequate hits with a hammer on the tool, the pads were still pretty loose.  Fearing cracking the pads, I gave each rivet a good sharp hit and they firmed up quite nicely.  The bearings looked fine and they were packed with new grease.  I used the jacking tool I made for the first time in actual use.  I think I got the idea off the EAA Sport Aviation magazine experimenter tips page.  It is a wedge made of welded angles that slips up the gear until it wedges in and is lifted with a bottle jack.  Before this it was a two person affair using a padded saw horse under the wing.  I also replaced the nose gear inner tube.  The nose tire tread is fine, but the tube stem had taken a few hits to the bolt that goes through the two nose forks.  Funny how this bolt was placed at the precise radial location as the tire stem! It held air, but was a bugger to fill due to the distorted stem tip.  I also took this opportunity to turn the bolt around so the head is on the inside, giving more clearance to the valve stem.  I left the hanger at 1730 feeling good about the long days work accomplished. I only have a few more inspection items to finish up, but so far, few squawks to report. I did have one fuel tank drain o-ring that I was concerned about, so I replaced both.  One of the Jabiru exhaust springs is broken again and I need to order a few more as spares.  The floor was in need of a good vacuuming and I found 2 pens I had dropped and forgot about.  Although the condition inspection is a chore, I do enjoy going over my bird from stem to stern and reacquainting myself with my creation, even if it means finding all the cosmetic errors I made, yet again :)