Honda Fit Engine Conversion for use in Aircraft

On Friday the Oct 25th and Saturday the 26th educational seminars by Jeron Smith of Raven ReDrives Inc.cell 303-440-6234 was held at CopperState EAA Airshow. Friday featured the Geo®/Suzuki® and Honda® Engine Conversions. Saturday featured a talk on the progress of there Honda® Jazz/Fit 110-140+ HP engine and another covering our 'Super-STOL' Cargo Aircraft design mated to this Honda® engine. Hop up on the CopperState 2013 website for more info...

For those builders contemplating…

Well Monday night chats have thus far been a bust.  Let's try Tuesday night and see if we get more takers.  Come tell us about your project.  Ask questions.  Look for some encouragement, or just shoot the breeze.   We'll start at 8 PM Eastern. Now, on the road: I'm back in the US. I'm moving in a few weeks, so won't get much done before the Christmas break. My form and cutting blocks shipped home ok- I was worried about getting them through customs. I made a trip to Harbor Freight and got some tools yesterday.

After spending most of the summer on other projects and airplane work relegated to making form molds, I resumed work with a vengeance this weekend! Having received the first delivery of sheet aluminum, I cut out one of the wing spars along with root ribs, rear ribs and nose ribs. My forearms are as big as Popeye's! Wasn't able to finish trimming the rear rib forms as I wore out my router bit. Will be spending a lunch break at Lowes one day this week!

I am looking for either the drawings or complete engine mount (proven) for BMW 1200 GS installation into CH701. I have Engine complete with reduction drive and Kiev prop (very nice combination) which I am thinking of fitting to my 701. Can anyone help? 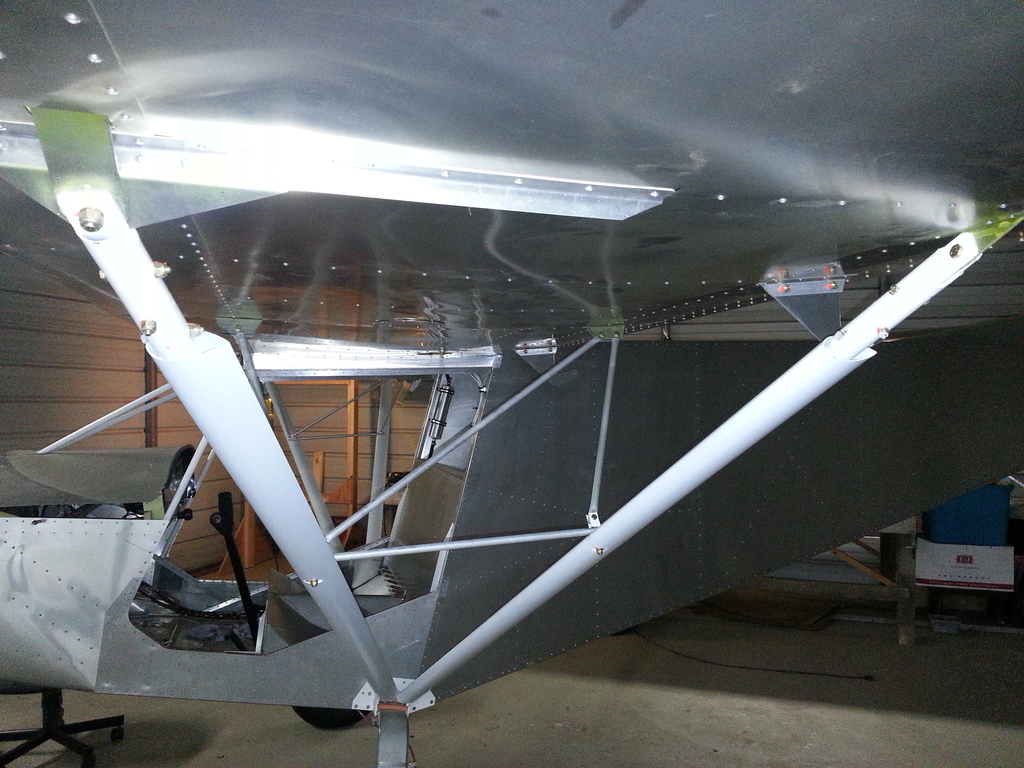 Hi all...anybody have an easy solution to the flapper on hinge bushings, kind of a oddball size. Thanks

Hi all...anybody have an easy solution to the flapper on hinge bushings, kind of a oddball size. Thanks Continue

I've spent a considerable amount of time researching streamlined strut covers to reduce drag, better performance.  I've found that uflyit.com sells two sizes.  The smaller size fits our (701) struts, but are very difficult to slide on unless you use some form of lube.  I used silicone, and they went on very nicely as opposed to doing one with no lube (very hard), and baby powder on one (no difference).  They look good and are secure.  you can change the angle of attack fairly easily.  The…

After watching and admiring Chris Heintz and his practical designs for many years, I finally decided I could either keep waiting for the rest of my life or actually get off my fanny and make a decision.  After a few sleepless nights, I finally ordered my CH 750 quick-build kit on September 30, 2013.  Needless to say, my nights have been filled with flying dreams ever since.  As they say, "The adventure begins".

A few years ago we had an active weekly chat that at somepoint went silent.  I'd like to see it revived, this time using this sites built in chat room.  We use to do it on Monday evenings.  I'd love to see this get going again. Any opinions?

A Funny Thing Happened on the Way to the FSDO!

We were discussing the pros and cons of using a FSDO inspector vs a DAR. This reminded me of when I got my Repairman's Certificate. Every word is absolutely true!

At the conclusion of my successful AW inspection, the DAR said "Unfortunately, I can't issue the Repairman's Certificate. You'll have to go to the Nashville FSDO (90 miles away) for that. Be sure and call them and make an appointment - they have a lot of security now and won't accept a drop-in visit!"  Sooo, I dutifully…

Had actually done some building work in that time (not much, admittedly) - but have done the rear spars, clecoed the top skin on the right wing and flipped the wing over.

Today I got back into it after a few months of no activity, drilled the bottom skin and positioned it, and got a few clecoes in.  Glad to break the seal again and hopefully will be doing more building in the…