O200 Continental with no mechanical fuel pump in CH650B

I am building a CH650 and I am planning to use the engine from my old C150 (O200A) that was overhauled 3 years ago. The O200 does not have any mechanical fuel pump on it. It was feed by gravity (high Wing). Anyone has any data on this type of arrangement - converted to low wing? I was thinking of a Primary Electrical Pumps and one or two back-up pumps. Any ideas are appreciated.

Bob and Steve's Adventure to Canada and Alaska - August 2015

For many years I wanted to fly my 601XLB to Alaska but I only had a light-sport pilot's license. After endless waiting and hoping for a rule change in Canada, I finally ran out of patience.  This last spring I "went back to school" and got my full pilot's license.  Shortly thereafter I started planning my biggest airplane adventure yet, a flight to Alaska.

Upon studying maps and doing a bit of measuring, it soon became…

???Please report your experience with the Prince propeller on a Zodiac 601XLB with the Jabiru 3300 Engine.  It would be nice to hear your Static, climb and cruise numbers.  Knowing how the CHT & EGT temps are affected would be helpful. Fuel burn and other engine info please.???

I been reading about the P-tip carbon fiber coning prop by Prince.  58x48 are the dimension that they recommend for my A/C.  My Current prop split on the tip and I am about to buy a new prop.

Thank you all, for the advise gathered from unselfish builders sharing their experiences to me.  Discussions with my new fellow builders, to looking at photo's posted by other builder's I've never spoken with, has been awesome.  The passion of aviation and building seems to be a timeless club full of diverse individual's.  Experiencing the building & piloting of an aircraft, that oneself has mastered could not be enough.  The sharing of knowledge, trials and tribulations along each one…

Today hasn't been good. I've ruined several parts blanks without forming a successful part. Can't get the metal to form around the nose of the form blocks (flaperon ribs, slat ribs, elevator ribs) without kinking the metal. my measurements are all good, my parts blanks are all good, but the aluminum just wants to kink and crack, and won't work it's way around the radius. Any suggestions anyone? Part of the problem seems to be the soft plywood forming blocks, but I've literally just ruined…

Is some one who made on 601 xl a gap seals on flaps , alierons , elevator . It make sens or not ??
http://wingsandwheels.com/tapes-seals.html 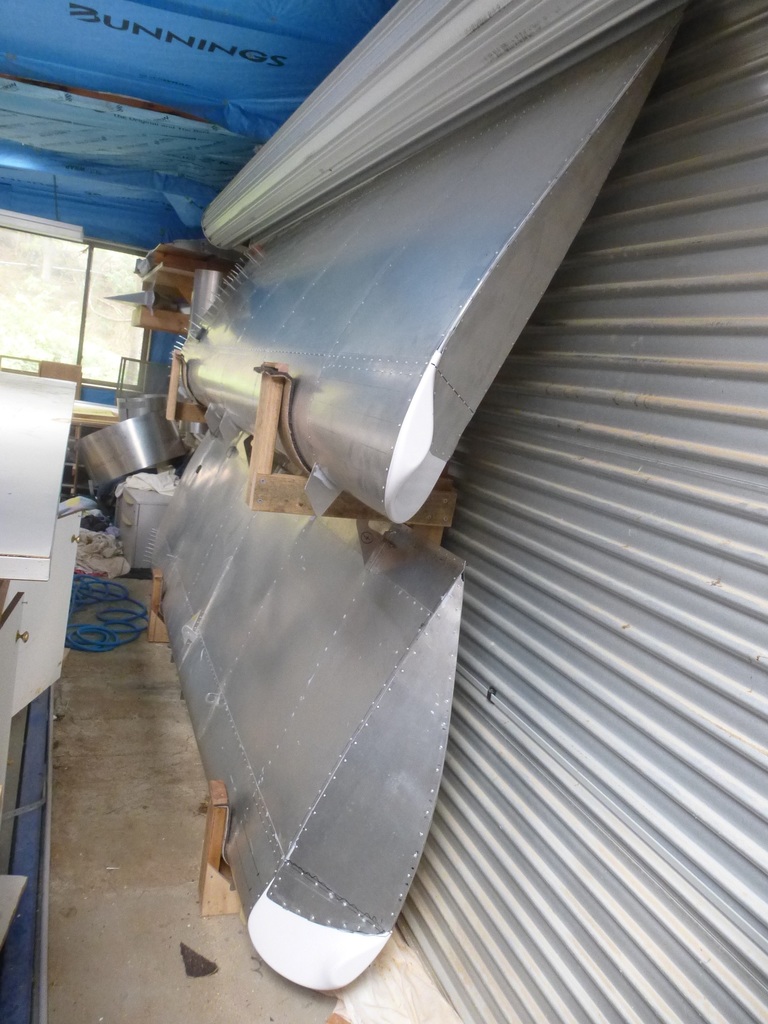 Can anyone explain the bottom half of the 601 weight and balance form? The section that compares forward vs aft CG's? Or share an example? Are we to use the same takeoff wt for both examples? If not, why only one slot for takeoff wt? This one's got me stumped. Thanks, ahead of time!

Looking for plans on wheel through skies to fit a 701 do you have any to share?

What fuels are corvair flyers using.   When on the road I guess Avgas is mostly the only choice.  How about mixing autofuel and Avgas?