Zenith Rudder Workshop gets you pointed in the right direction

[The following is a reprint of an article by John Winter published in the EAA Chapter 17 newsletter following participation at the April workshop at the Zenith Aircraft kit factory.]

Zenith Rudder Workshop keeps you pointed in the right direction, by John Winter

On April 20th I took a small step towards building my own airplane. After several years of trying to figure out what I would like to build, I decided to attend the rudder workshop of the Zenith Aircraft factory in Mexico, Missouri. This decision, in the beginning, was based more on the experience that I would gain by actually building a part from a real kit with a real builder’s manual than from a particular airplane. Although the 650 was definitely on my list of potential builds.

I had participated in the metal workshop at EAA Airventure a couple of years ago and felt that I could handle the drilling and riveting work needed for airplane construction but could I handle more. Since then I had debated attending one of the Sport Air Workshops that EAA provides through the year but I could never seem to find one close enough to home that would fit in to my available time. After talking with a couple of friends who are interested in partnering on a build in the future (possible the 750 Cruzer), we pulled the trigger and attended the rudder workshop at Zenith. Two of us decided to build the 650 rudder and the other two decided to build the 750 Cruzer rudder.

We contacted Zenith and paid for our rudders and a few weeks before the workshop we received our build manuals. The folks at Zenith recommend that you read through the entire rudder manual before you arrive so that you can hit the ground running on your build. This is a good suggestion because when you walk up to the table of parts and tools sitting in front of you, it can be a little intimidating if you are not familiar with the building process. These manuals walk you step by step through the process to build your rudder from the parts supplied in the kit. There are also several pages in the back that are the true “plan” sheets that give more detail on dimensions, part placement, rivet type and spacing, etc. 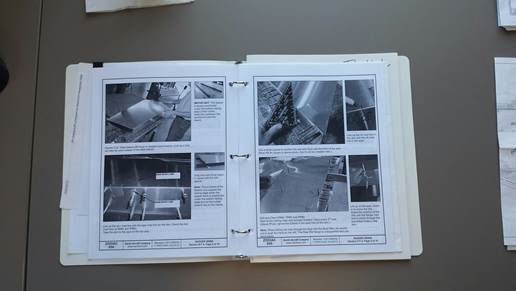 Now I will say that when we arrived that morning we were a little unsure of how this whole thing was going to play out. We weren’t sure if the folks at Zenith were going to walk us through the build or get us started by showing us how to begin or not. So we stood there for a few minutes wondering what to do and after realizing that there were six other builds happening at the same time (three different styles of rudders also) that this really couldn’t be a “class” format anyway so we just opened the manual and started at the first step. That said, there was plenty of help available walking from table to table, including Sebastien Heintz and Roger Dubbert (when he wasn’t giving the demo rides). And after the workshop was over I realize this was actually a great way to do this. If they walked us through step by step showing us what to do, we wouldn’t have gained the confidence from having to read the manual while cross referencing the plans as if we were actually doing the work in our garage alone. Again, the idea of this workshop was to prove to us that we could tackle this ourselves. 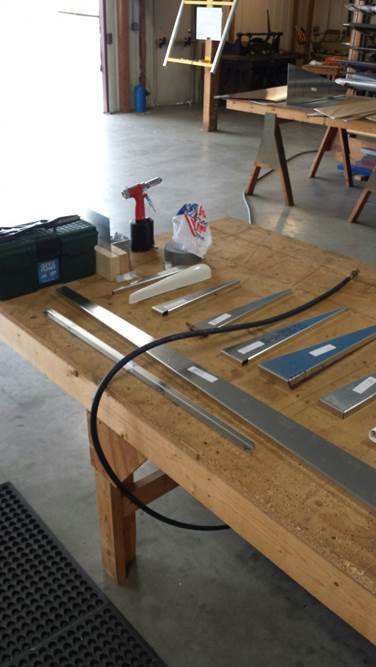 As the work progressed, we became more comfortable with the manual and the assembly process. The internal structure was clamped, drilled, clecoed, disassembled, cleaned, clecoed and riveted. 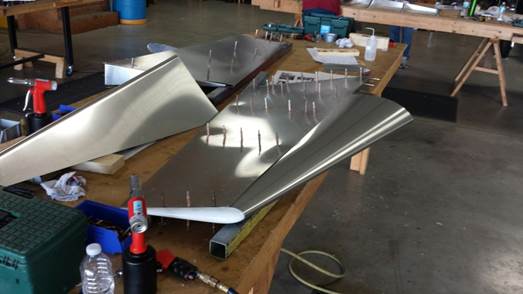 The 650 rudder kit had the skins predrilled so you could line up the ribs for drilling and clecoing after marking the centerline along the flanged edges of the rear ribs. Once this was done everything was taken apart and cleaned and deburred so we could move on to riveting. The entire process took us most of the first day and then a little over two hours the next day to complete the kit. The other two guys in our group that did the 750 Cruzer rudder finished on the first day. That kit is already predrilled to finished hole size on the parts and only needed to be cleaned up, clecoed and riveted.  There was some mention of eventually having more of the Zenith kits come this way from the factory so that all of the versions would be easier and quicker to build. 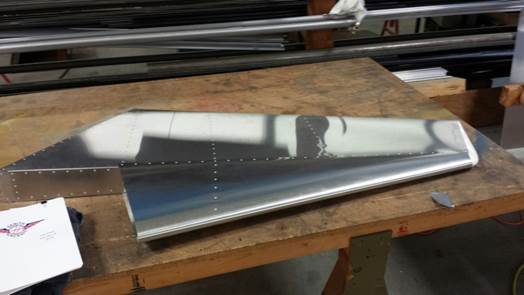 There were also demo flights in the aircraft model that matched the kit that you are interested in that really sealed the deal for me. I knew I liked the 650, but after the demo flight, I really liked it. The airplane has great visibility, nice performance and is easy to fly and very responsive. Roger did all of the demo flights and was very nice and easy going. He never gave a sales pitch, just showed what the plane could do and answered all of my questions. I guess in this day of instant information on the web, consumers pretty much know most of the specifics about things that they are going to buy. At one point I even mentioned the other airplane that I was considering and all he said was “no, you want this one” with a smile. He never said anything bad about the other plane or company and that is something I respect.  Don’t tell me what’s bad about theirs. Tell me what’s good about yours. And that is exactly what he did. 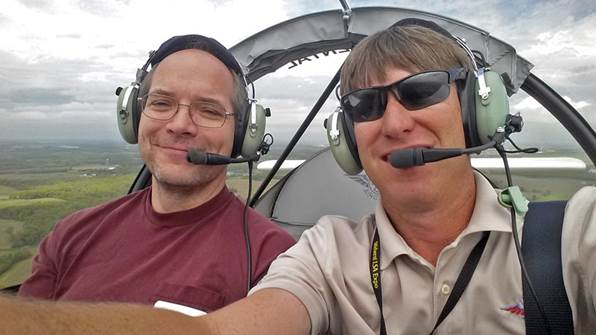 A nice little extra treat of the workshop experience was that we all went out to eat dinner after the first day of construction. The dinner was not included in the workshop and was a voluntary event but everyone came and had a good time. This was a great chance to sit and talk with Sebastien and Roger about the kits and flying in general and also with the other builders. The conversations drifted from flying to various other topics as the night went along but we always seemed to come back to flying. Again, I was extremely impressed with Sebastien and Roger. Driving over to dinner, we were wondering if this was going to be the “hard sell” that we unfairly expected to happen at some point and to our pleasant surprise the “sales pitch” never came. It truly was just a time to sit around and ask questions and talk about the planes, kits and our experience at the workshop in a relaxed setting.

One final note about the experience is that we were also given a tour of the facility to see how the kits were made. Travis showed us around the welding shop area, the CNC machines, forming presses, final QA / QC area and parts storage area so we could get a feel for how they manufactured the parts and pieces that go into the kits. This was no thrown together, cluttered shop. While there was no wasted space the, the areas were well laid out, clean and professional. You can tell that they care about the products that they are making. 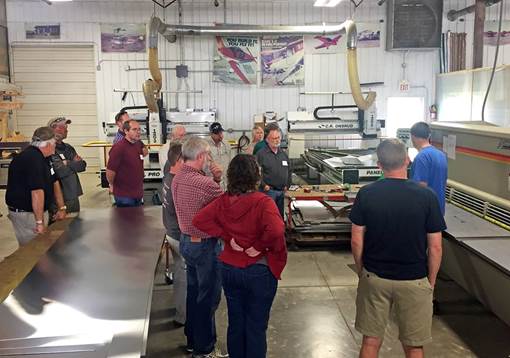 So if you are thinking about building a Zenith aircraft, head out to Mexico Missouri for the workshop or at least a tour. You will not be disappointed and if you see me at a local Chapter 17 meeting, ask me about the trip. But be warned, it may be hard to get me to stop talking about it. 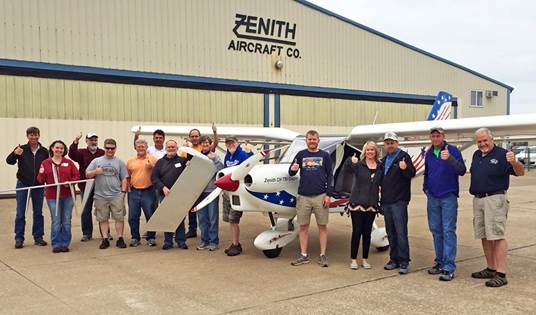