Well my 601XL upgrade is now complete. The post-upgrade test flight occurred yesterday, March 23, and things went great. The sun was going down so I went up for three quick touch and go’s. The first thing I noticed was no oil can popping noises any more. I only got to 100 MPH so it will be interesting to see if they are gone at high speed also. In my short flight I did not notice any changes in flight characteristics, but further flights are needed to explore the edges of the envelope.

The upgrade took me about 4 months over the coldest and snowiest winter we have had here in the Midwest for some time. I imagine it would have been taken a lot less calendar time had I been able to work in warmer weather and not had to wait for the upgrade kit. I flew my last flight on November 16 and started the teardown. The upgrade kit arrived just before Christmas and I finished up all upgrade tasks on March 19. The hours worked totaled up to 150. This is only slightly higher that I had originally anticipated. Some of this time was spent incorporating a few nice-to-do upgrades of my own. My airplane is 35 pounds heavier, so I estimate that the upgrade added somewhere around 31 of those pounds.

A lot of these were already discussed in previous discussions, but here are a few lessons learned:

What do you need to purchase that the kit either does not include, or is short on?

Here are a few pictures.

How many pulled rivets will you need? Exactly this much. It does not look like a lot, but it is: You will spend a fair amount of time on the ground. Wear safety glasses for falling debris! Teach the next generation a few skills other than Xbox and Wii: 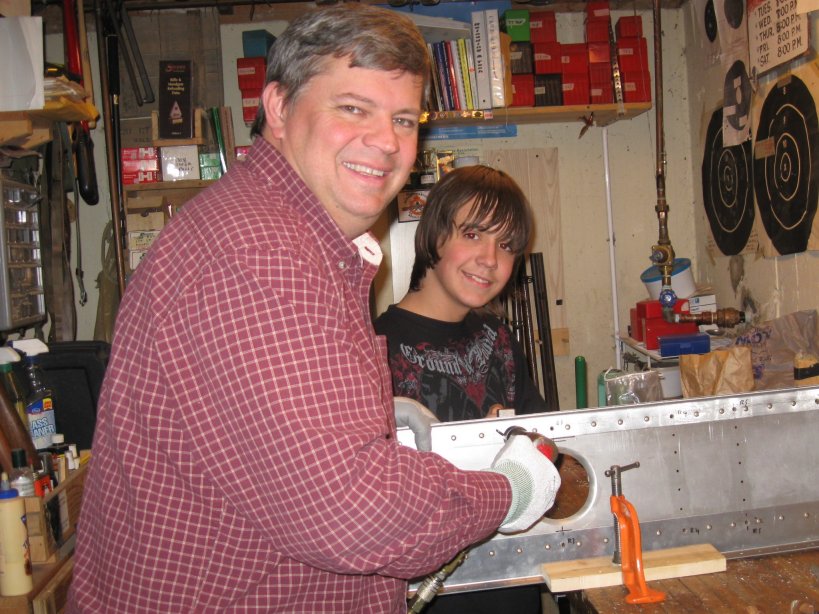 The wife wants to know if the upgrade will ever end: It was a happy day when the wings went back on: 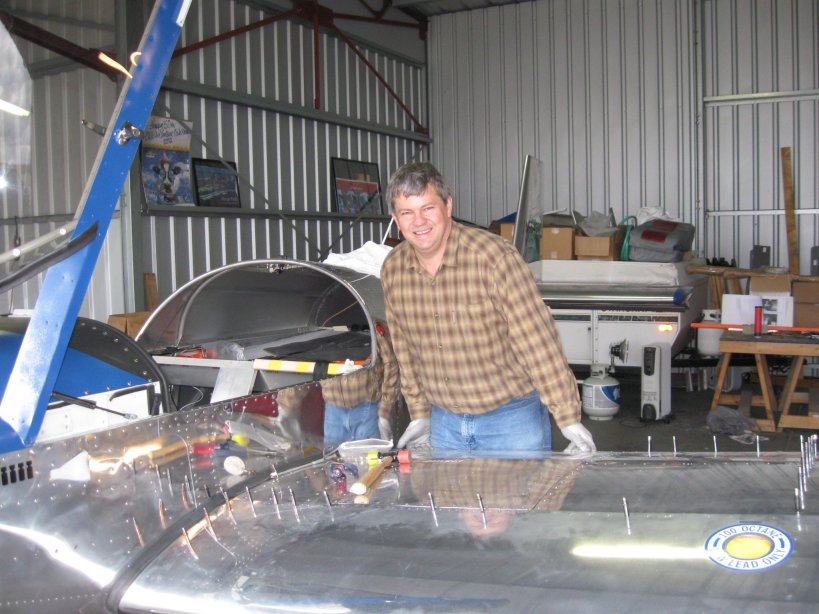 The Model-T doubler does not look so bad: Comment by Gary Bassham on April 26, 2010 at 4:53pm
Congratulations Dave. Thanks for the tips. I am just starting the upgrade.

Comment by Louis Gallego on March 28, 2010 at 12:00am
Congratulations David. I just re-installed my wings today, and should finish up on Monday. Can't wait!

Comment by Ron Lendon on March 27, 2010 at 8:04pm
Congratulations David. I'm getting close to finishing up my first upgrade also, but I'm spoiled with a friends heated hangar.

Just got off the phone with the DAR, I'm scheduled for an Inspection on April 7th.

Comment by Paul Hammond on March 26, 2010 at 3:21am
thanks Dave ,and it is better fun flying than building i also think it is more fun build ing in cold rather than hot it has been a record heat here in aussie more than 120 days over20c

Comment by Sebastien Heintz on March 25, 2010 at 5:45pm
Congratulations Dave.

Comment by Lance Gingell on March 24, 2010 at 6:18pm
Congrats David. I expect to finish off next week when I get home.