I recently attended Quality Sport Plane's Open House and West Coast Zenith Builder Gathering on May 7.  Before the open house I visited Christopher Desmond and flew his new STOL CH 701 in the back country. I'll post photos and videos of this separately.

Following is a brief summary of the open house activities with photos:

Mr. Detrick Alkonis from Paramount, CA getting ready for QSP open house after camping under his 701 wing.  Detrick has his own 900 ft grass strip in northern CA and loving every minute...

There were about 300 that attended the Open House.  The weather was perfect for flying and talking about airplanes.

There were 18 Zenith Aircraft that made it to the Open House ...from the CH 601 HD to the new CH750 aircraft.  It is so nice to see so many different Zenith aircraft models gathered together at the open house.

Jim Dickerson from Ukiah, CA with his CH 750, with the Cont. 0-200.  About two years ago Jim was flying his Cessna 182 and  wanted to land in every state.  He stopped for the night in Mexico, Missouri  and was stuck the next couple of days due to weather.  I showed Jim the 750 aircraft... and the rest is history.

Above, Jim getting ready to head home after QSP open house. 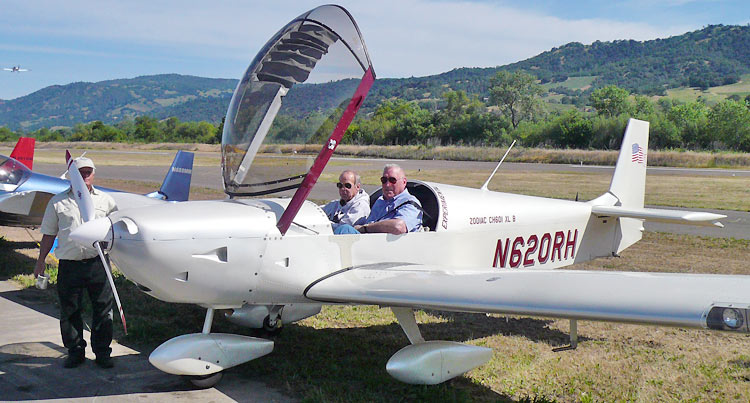 This is a very beautiful 601 XL B, notice the pearl paint job.

Above, Doug Dugger from QSP showing how the CH 701 can take-off from a short dirt strip.  Look at those large tires!

Above, Doug is getting ready to demonstrate the CH 701.

Below, the wonderful hosts of the fly-in gathering:  Lori and Doug Dugger with their STOL CH 750:

Thank you Roger it was a real pleasure to have you here this year I know that your presence was appreciated by all who attended. We wish to thank all of the Zenith flyers and builders that were here. It was a great day lots of fellowship and tons of advice were given and taken, Our next event that we will be at is the Kern Vally flyin for zenith STOL aircraft and of course any others are welcome May 21-22 see Coming Events on this web site: http://www.zenith.aero/events