The STOL CH 750 cabin, which by all measures is already very roomy for a light aircraft, has been increased in size by raising the cabin height by nearly three inches (or 70 mm.) 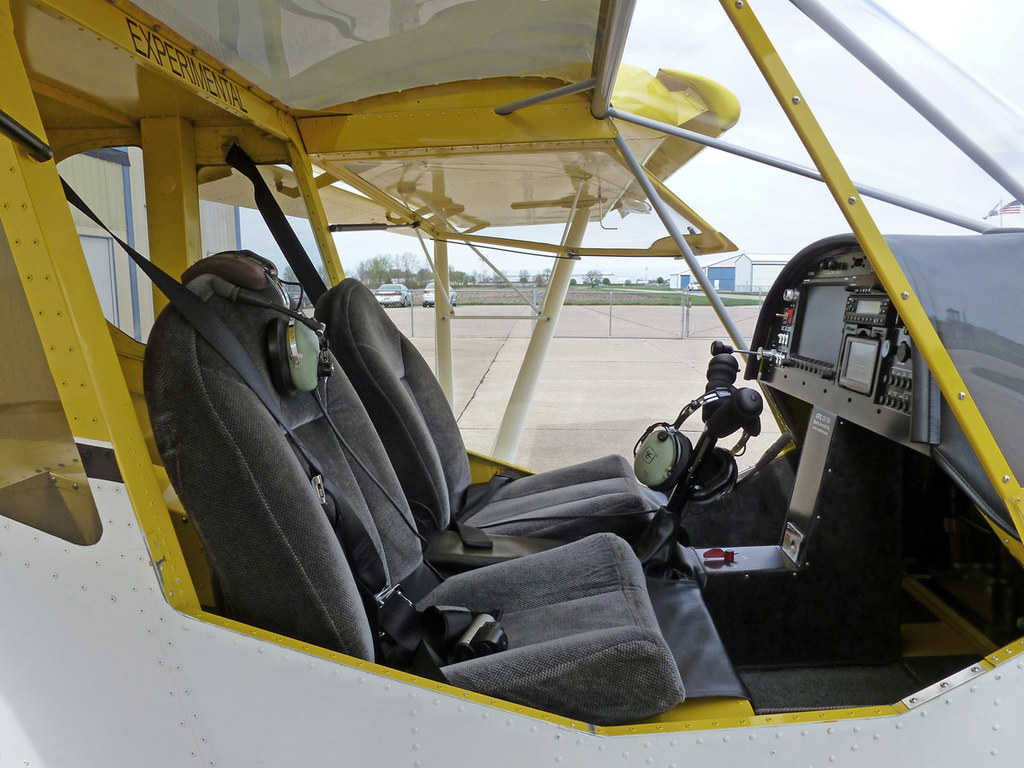 The top front of the cabin (the ceiling) has been raised and is now part of the lifting surface of the aircraft (further adding to the STOL capability of the aircraft):

The cabin frame's top diagonal cross member has been replaced by two beefy smaller diagonal "hand-holds" by the front of the cabin, and the formed plexiglass top window adds to the lifting surfaces of the aircraft, to provide better STOL performance and capability.

The larger cabin is the latest development in the Chris Heintz STOL design program which has a long history of innovation in the development of a light sport utility aircraft (or "sky jeep" as they are often called by their owners). With the taller cabin with airfoil top, the STOL CH 750 design continues to offer an "above-cab" wing design to maximize visibility:

The Zenith STOL line of aircraft was first introduced as a single model in 1986, the STOL CH 701.

Well it's been 6 months since this mod was supposedly developed for the 750... and on April 17 you indicated that you were studying the idea of developing it... the Beanie Mod for the 701!   That was the last we heard from you!!!

Now did you just make the comment... and hope that we would go away, OR can we expect something from you telling us when the drawings will be available????

It has been a long holiday here and business has not really started.This welder was watching TV when I dropped by with the cabin tube frame that I had for some time (the owner took this off his CH 701 for the want of a roomier cockpit). The welder did his work in little over an hour. I took the modified cabin tube frame home, paying him around US$ 7.00. Some angel must have overheard my wish 9 hours earlier! Now I have it ready for my second CH 701.

Here are the pictures. 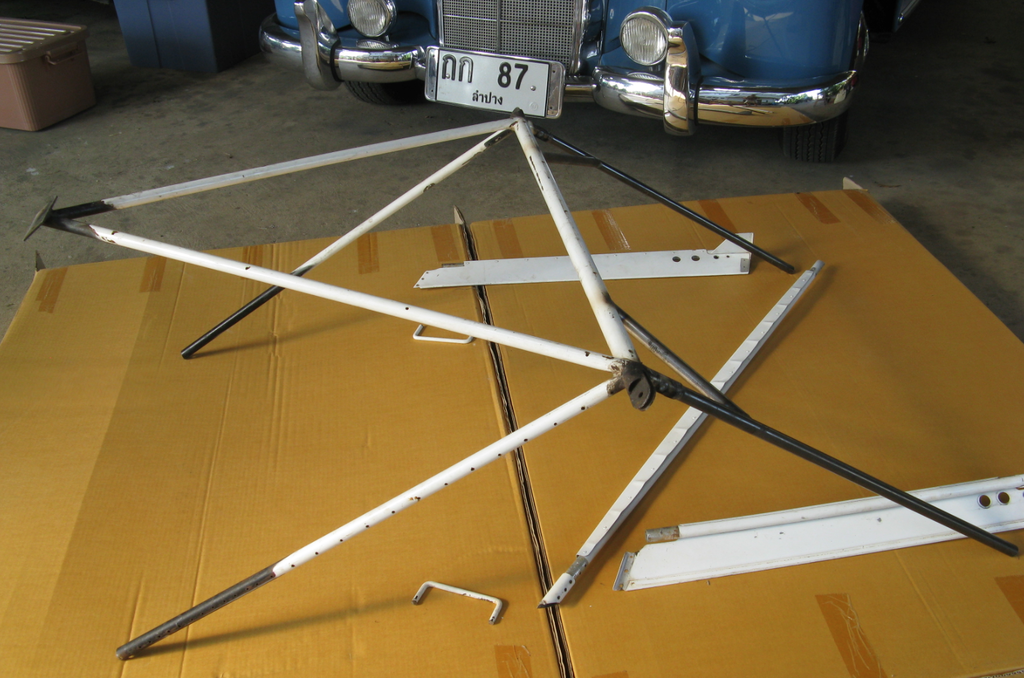 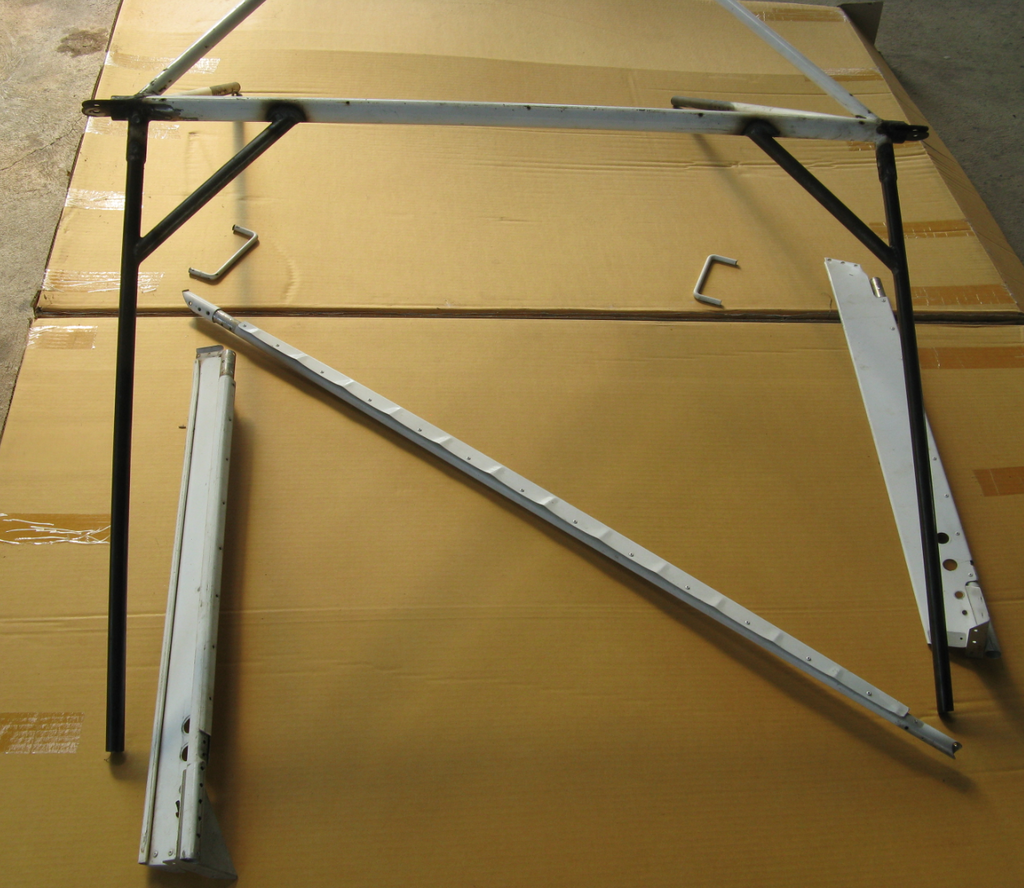 To take all three aluminum tubes including the diagonal one off the roof had been my wish for years. But to weld two steel tubes on the sides and add short diagonal steel tubes at the two front corners is beyond me, without taking the whole cockpit frame off the airplane and get help somewhere. The new steel roof frame should be offered to all new CH 701 kits, with suggested drawings for those finished and flying to make do with bending up the diagonal tube. For those under construction and tough nut owners who want to upgrade to steel tube and get rid forever of the aluminum diagonal tube, Zenith should supply material and instruction. These should make all CH 701 community as well as Zenith Aircraft very happy.

Ron:  We've had a lot of interest in this from CH701 builders and owners and we are currently studying the best ways to make this available to new and existing customers.  The cabin frame design is different on the CH701 and will require a different solution in order to get rid of the top diagonal tube... It would be good to hear from CH701 builders and owners on this: Should the diagonal stay (simple and low cost) or should it go (more complex)?

Well will the mod drawings be made available for the 701 or not???

Can the 701 be updated with the roof mod and will you be making this mod available to us 701 folks since it makes sense that the 701 could really use the extra head room?

Comment by david shrader on April 7, 2012 at 2:11am
Sebastien Heintz,
I agree with your reply completely and value the forum for thoughts and solutions to problems encountered.
Tradeing ideas and thoughts to improve performance without sacrificing safety is always a good thing.
I got the feeling that my comment was taken personally which is why I removed it. My hope was to see zenith's participation in discussion's that could become fruitful (like the beanie mod).
Everyone likes a little acknowledgment and if someone at zenith read through the beane mod post an thought it looked good why not post up. The discussion would be lively and informative for all

Dave Schrader:
You're right: Credit is due to Joe and to countless other Zenith STOL builders and flyers, who, over the past 25 years, have tweaked and customized the original STOL CH 701 design.  We listen to our customers (those who build and fly the planes) and to their suggestions, hints and recommendations to be able to offer a better kit airplane and we thank them for their ongoing contributions.
One the the main advantages (and sometime also pitfalls) to the "amateur-built - experimental" airplane category is the builders' ability to customize their airplane as they choose.  The builder is, after all, the official manufacturer of their airplane, and Zenith Aircraft Company is only a parts supplier.

Over the years we've accumulated a long list for design changes, updates or improvements, and we've implemented many of them.  It takes Zenith time to implement updates because we spend the required resources to research, engineer and test such updates before incorporating them in our kits.
Today's STOL CH 701 is quite different than the prototype CH 701 that Chris first flew back in 1986: However, we haven't changed much to the basic design because the STOL aircraft does what it was designed to do very well. But we've grown and evolved the design (with the addition of the STOL CH 801 and the STOL CH 750 models) and have made it much easier and quicker to build. The actual drawings and manuals, as well as the kit, have evolved greatly since the 1980's.  With the help and suggestions from builders and owners, we've also added new features and capabilities, including new engine choices (the original 701 was powered by an air-cooled 53-hp Rotax 503 two-cycle engine!), new main gear and wheels, new doors and windshield, and countless other smaller updates. As a "sky jeep" many owners have added even bigger wheels, as well as skis and floats, belly cargo pods, and many custom modifications for the utility bushplane.

We try to keep an open mind and be receptive of customer modifications and suggestions.  However, it must be said that we do reject most, not necessarily because they are bad ideas (and some are!) but because we do not think they will benefit most owners. They are often too complex, costly or heavy, and are just not worth it in our opinion. Retractable wing leading edge slats are an example of this. It must also be said that most (but not all) builders will readily admit that their modifications were not worth the additional work (time and expense) and that they would not redo it given the chance. Even relatively small modifications often take more work than originally planned, and you must remember that changes need to be properly engineered and flight tested.

Again, we thank the thousands of Zenith STOL builders and owners for their ongoing suggestions and recommendations! You are the reason for our continued success and the source of our research and development projects. Keep 'em coming!

Is it just me or does the topmost picture look so perfect that you almost think it's computer generated?  LOL!