Fred Westbrook, of Owego, New York, sent us this inspiring story of his build experience that we share below. 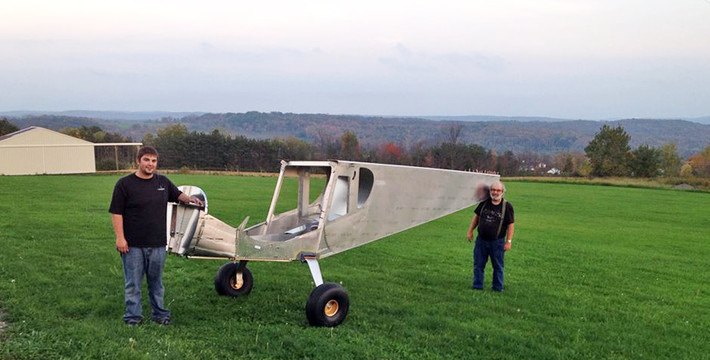 My name is Fred Westbrook. A few years ago, when my son Josh was about fourteen years old, we visited an airstrip, called Blue Swan, in Sayre, Pennsylvania. It was a grass strip with a dozen small aircraft and ultralights. One gentleman was doing some low flying, up the strip and back. When he stopped, my son and I walked over to him and he showed us his ultralight and explained to us how it worked and that he had built it. My son and I were very impressed by it and spent some time checking it out and asking many questions. We told the man we were very interested and wanted to someday try to get one and put it together. After looking at all the aircraft that were there, we decided it was time to go. The gentleman told my son and I: "DON’T GET DISCOURAGED."

This was an epiphany for us which will become clear to you later. A few years passed and I asked my son if he would build an airplane with me. Well, of course he said yes, we could not get going soon enough. We looked at many kits and decided to purchase a Zenith STOL CH 750. It is a kit that comes in a large box, about 4’ x 4’ x 12’ long. 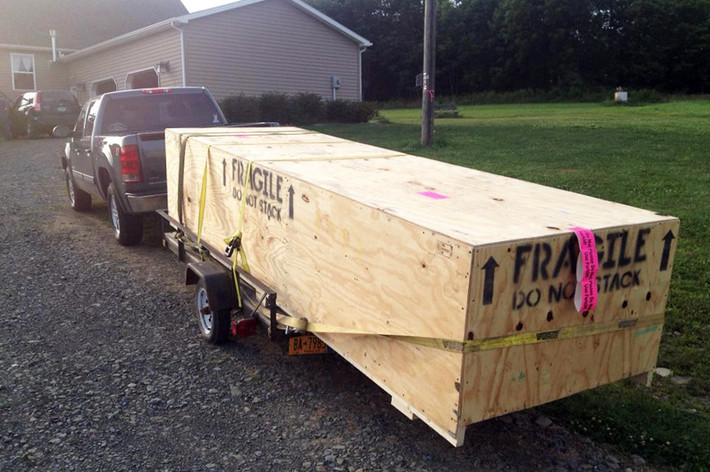 It was a challenging and rewarding endeavor that took us about 4 years.

We kept repeating what the man had said: "DON’T GET DISCOURAGED." Finally, it was done, and we got out airworthiness certificate to allow us to fly.

After many times taxing and short hops, it was time to take off. By this time my son was a licensed private pilot and had taken many lessons in the same model airplane.

One Saturday morning I watched him take off and with no problems he was circling above the field. It was very exciting, and terrifying, at the same time!

We have totally enjoyed the building and flying experience for a few years now. It has been awesome! We put a small decal on the airplane by the door that says “DON’T GET DISCOURAGED”.

Why is this statement so important to us? The man at the Blue Swan Airport had no legs from the knees down. He was able to get from his wheel chair into the ultralight and fly it with special hand controls. Here was a man with no legs telling us not to get discouraged. It was a true epiphany for my son and I. The airport is gone, we never knew his name, or what became of him. My son and I will never forget this kind man and his words: Don’t Get Discouraged. 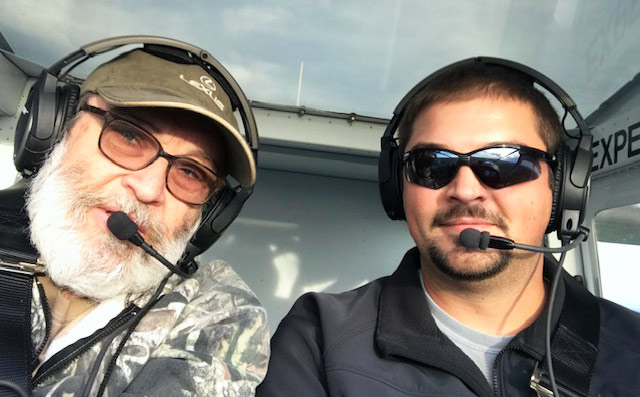 Awesome build and an inspirational story. Thanks for sharing.

“Don’t get discouraged”....... never were truer words spoken. I’m reminded of my former employer many, many years ago who built an airline. His motto was “persistence is everything”. He was right.

Most Excellent!  I picked up the Tail Section for the STOL 750 two month ago and was ready to start the day I got home, but its just sitting in the garage calling my name every day.  Ya see, a life event took over my time. With only two months from retirement, my dream of building has been put on hold, but "I wont get Discouraged". Ole Mom with SEVERE Demetria is now living with my wife and I.  She works full time and takes care of her mom also.  Working from home (job was great to offer this the last few months of my career) while taking care of mom, house, 27 acres of land.....well, my dream of working on it everyday has faded, but I promise myself ""I wont get Discouraged"

That is a very true statement, it took me 10 years to complete my CH-801. Only because I didn’t work on it every day and had a few supplier glitches,

keep up the good work!

Great mantra!  I built and flew an RV for years. Ten years ago I decided I wanted to build a second airplane for bush flying and started a CH750 STOL. With a flying airplane, work on the new project was slow and leisurely; plenty of time, right?  About five years into the build I had a stroke and began a long, slow, four years and counting, rehabilitation.  During the same period, I developed a heart condition that forced me to sell the RV and let my medical lapse.  The stroke left me without full use of my left hand, so l cannot build but still hope to fly.  A couple years ago, Russ, my fellow EAA Chapter 87 member, RV builder and hanger neighbor, agreed to finish the CH750 and become co-owner. I help a little and enjoy it very much, but he is doing the heavy lifting. I had completed the flying surfaces, but he built the fuselage, installed the gear, hung the engine and started the panel. This weekend Chapter 87 is meeting at my house to take the wings, windshield and top window from the loft of my garage to the hanger so Russ can continue to build. What great friends!  I look forward to one day taking a flight review and climbing back into the right seat as a sport pilot. Don’t get discouraged!

Thank you for sharing; inspiring!