Another flying season has almost passed, dang! We decided to sell our house in May, take advantage of an improved market, relocate a better area here in Bend, Oregon and downsize, whatever. Unfortunately, the market became very competitive, so we had to buy another cosmetically distressed property. We're just finishing the big stuff and I might be able to get some flying in before winter arrives.

That brings me to the cowl thermal blanket. Temperatures below 32F, 0C are normal, 15-20F, -6C, is a good overnight temperature. My Jabiru doesn't like to start unless the engine temps are 45F, 7C, or above. I've been using a 25 watt hot pad heater and a 100w light bulb, connected to a ThermoCube. That works well, but I wanted to wrap the cowl with a reflective barrier to keep it toasty. The reflective barrier is the stuff you can put between studs. Links will be at the end.

You'll also need some adhesive backed velco and aluminum tape, both should be available at Home Depot, etc. 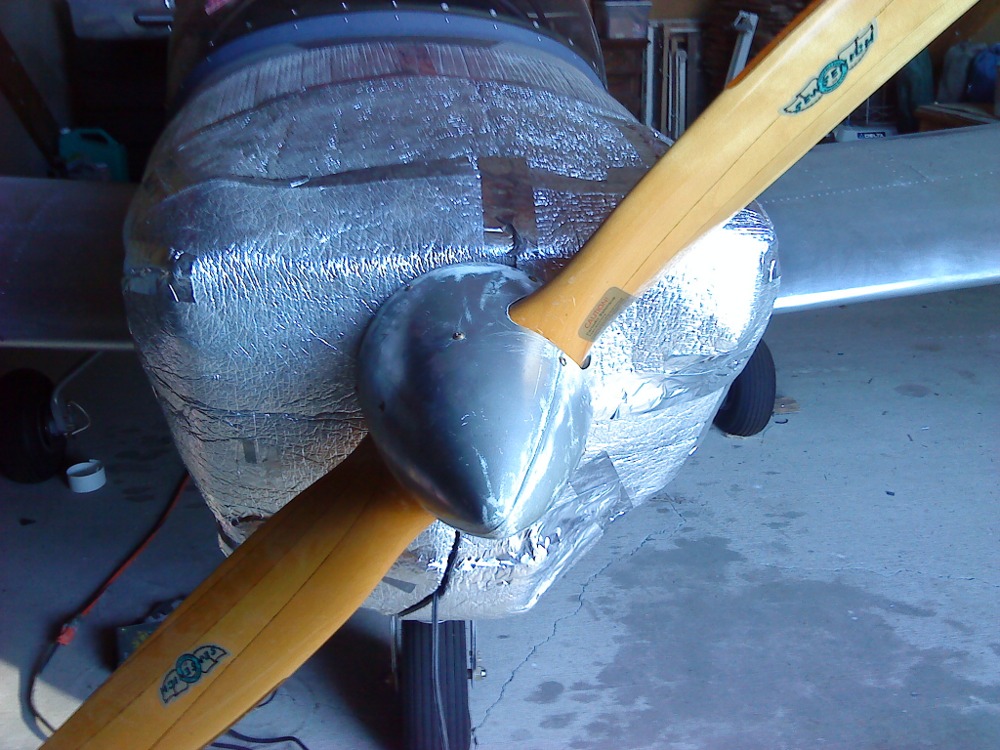 First step was to start on the cowl/firewall, cut a piece that will wrap to the nosegear. I used duct tape to tab to the fuselage. At the top longeron you'll need to cut a relief, leaving a couple of inches to keep attached, adjust to follow the shape of the cowl and tape using aluminum tape. The next relief cut will be at the fuselage bottom. Tape the ends to the cowl bottom to hold up.

Do another row and make sure this will overlap at least 12", this will be the velcro seam. Overlap the first row, follow the same steps, cutting a relief where necessary and taping both rows together. Tape the overlap under the cowl, this will be your reference line for the velcro, wait until you're done enclosing the cowl.

Seal up the front, I was using scraps I had laying around. Once it's sealed, cut the tape on the overlap under the cowl, draw a line and use that to attach one side of the velcro. Stick the other side of the velcro to that piece, remove the adhesive and attach the overlap. Then you'll have to cut a line up to the propeller, but I don't think you need to have velcro. I'm sure it will take some tweaking, but it will work well to keep the heat in. 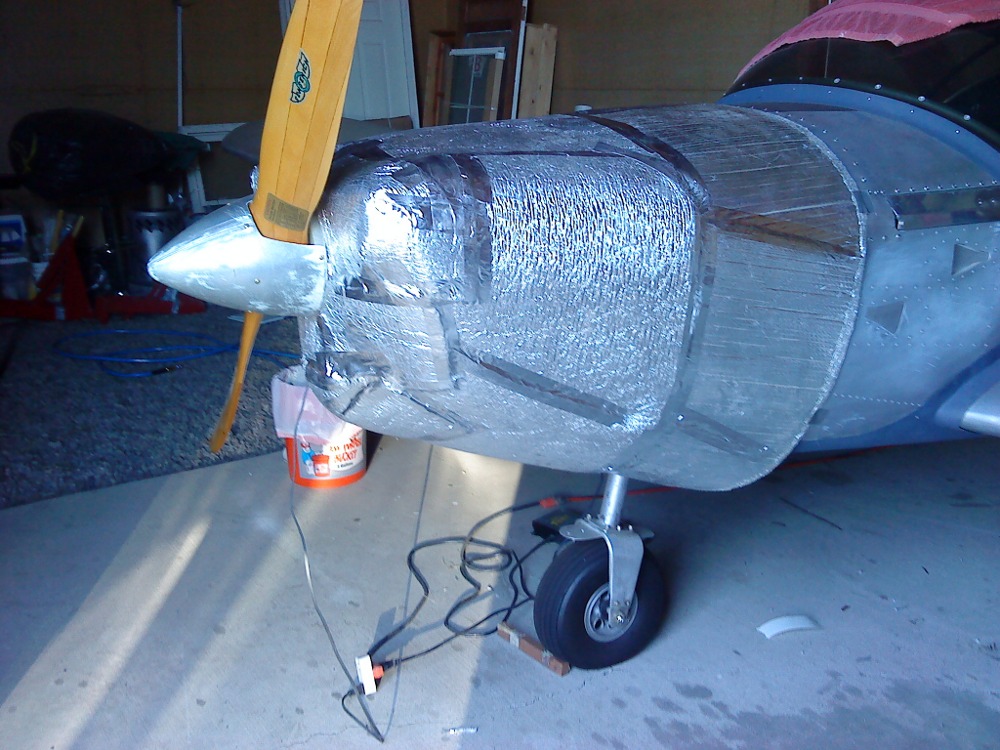 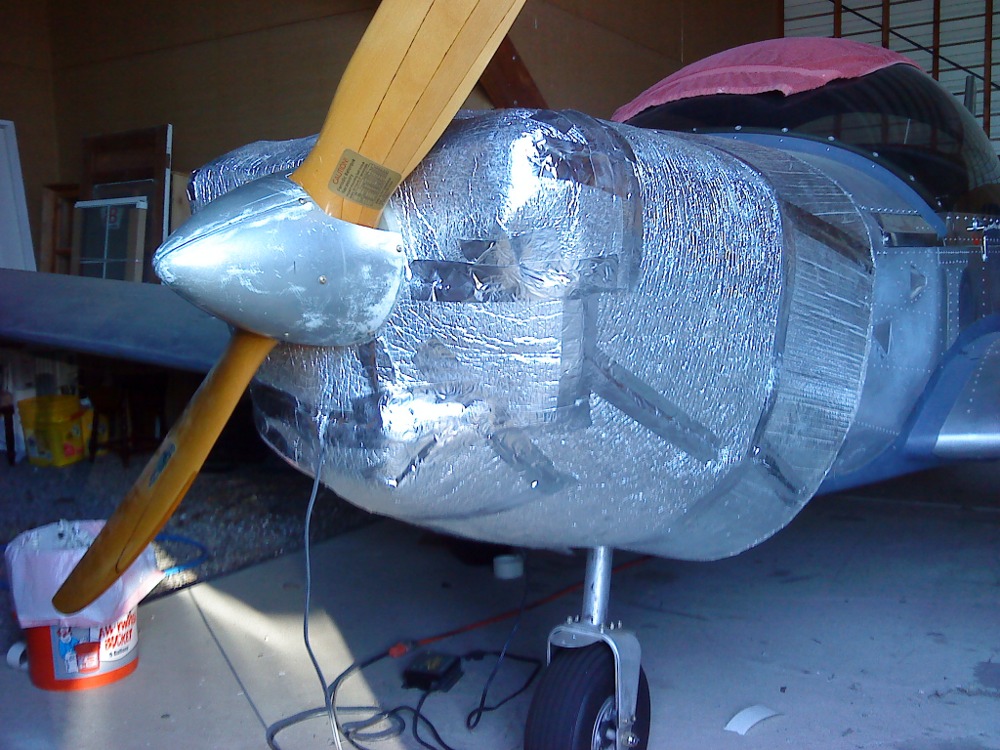 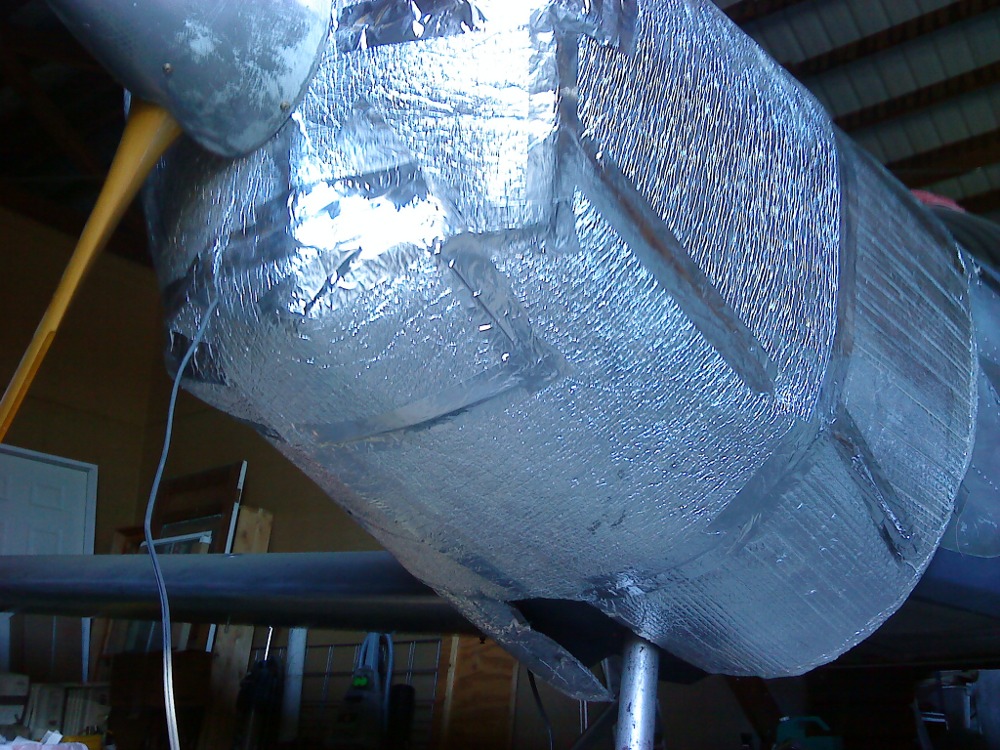 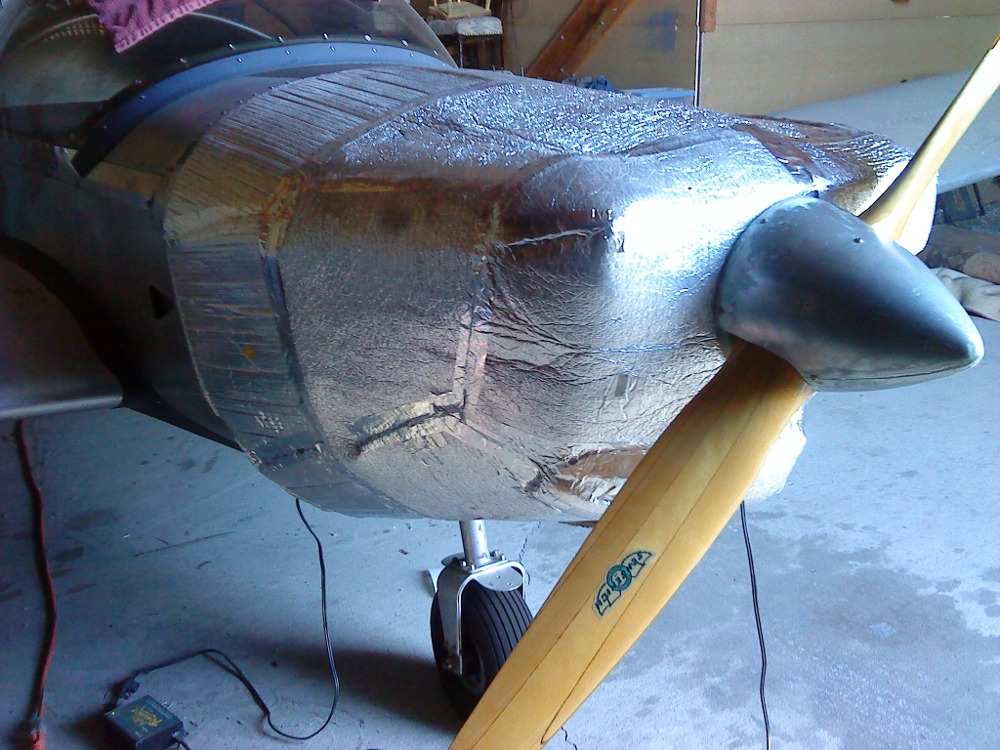 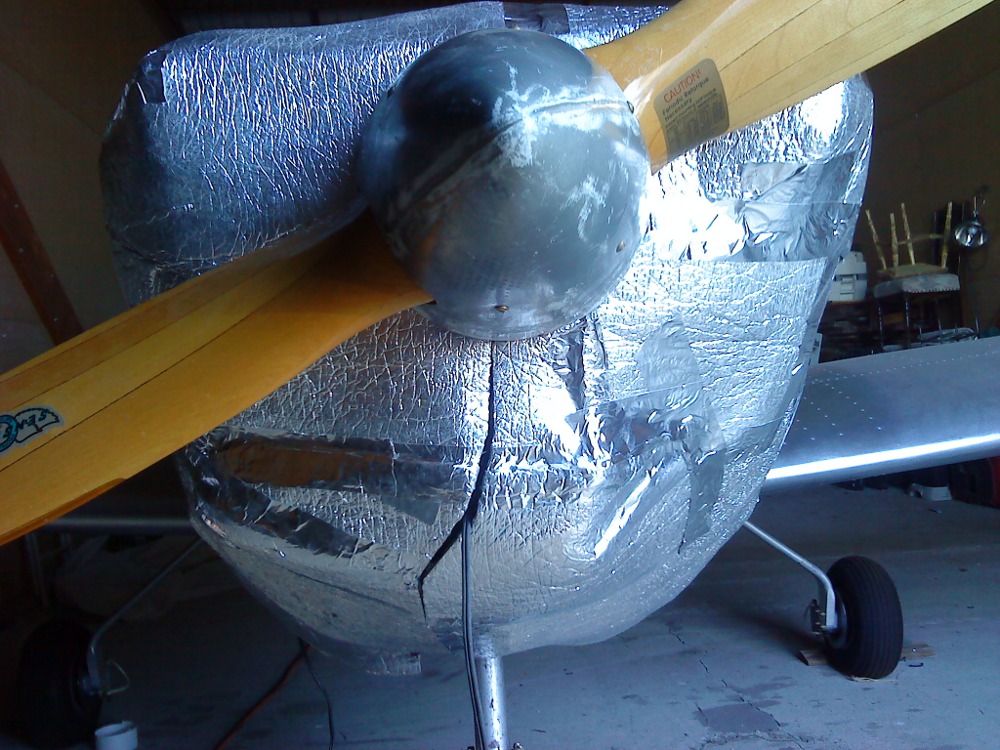 Looks neat, Don't think many will need it in the Houston area., But it still is neat.