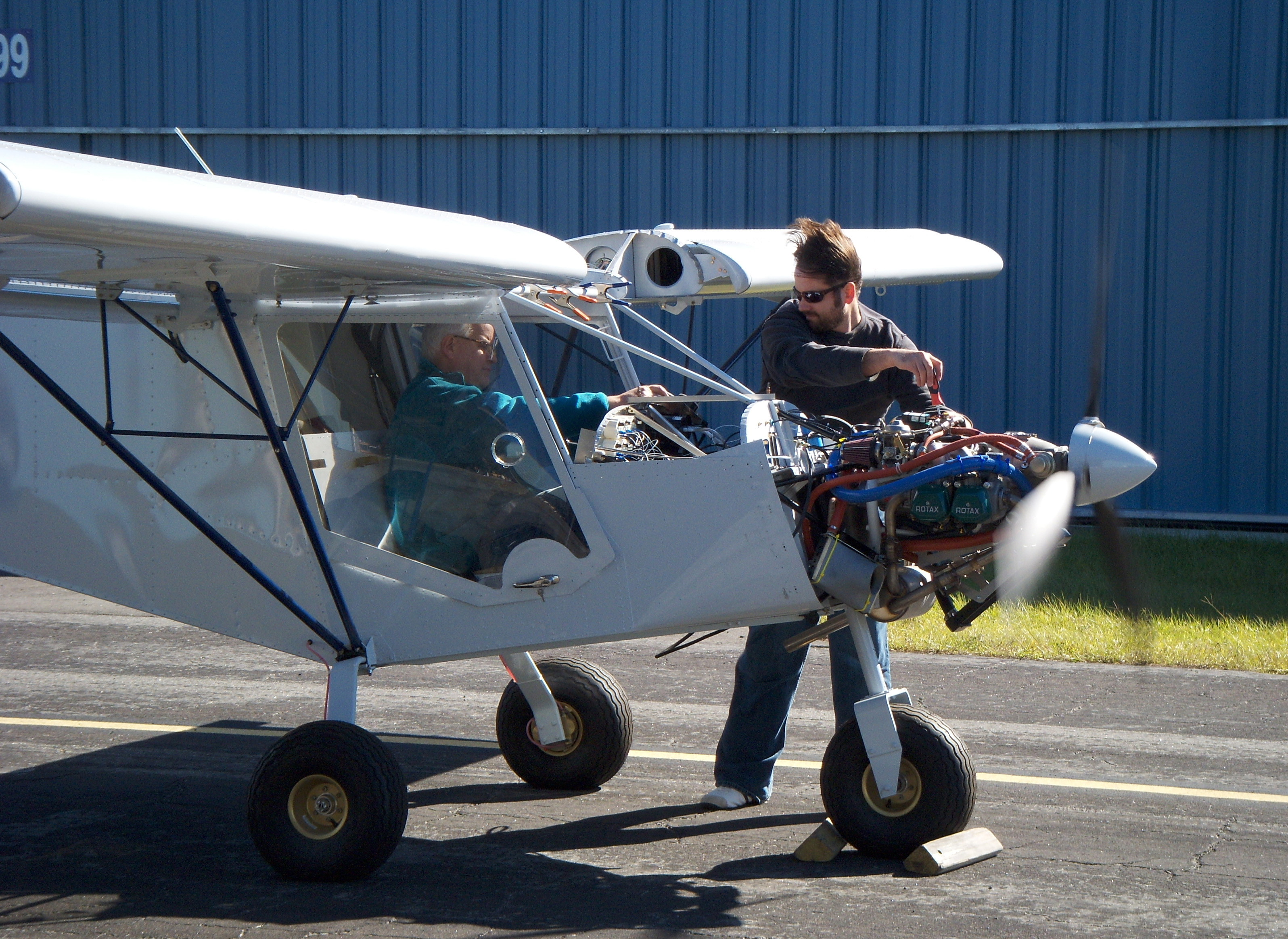 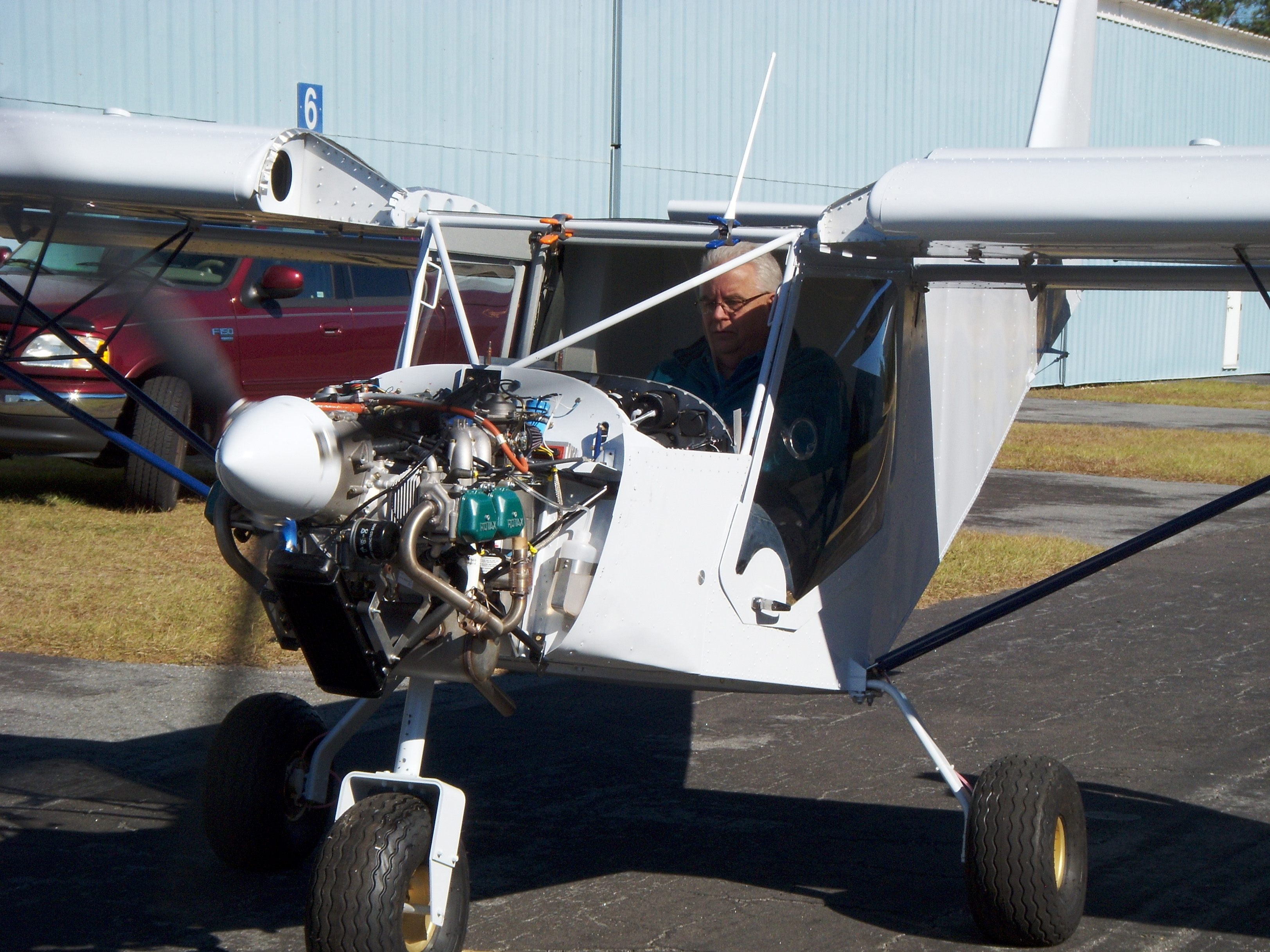 Went perfectly. Lots of stress for nothing.

I recieved my new kit and got the invatory done. starting to build after the first of the year. I have a 701 taildrager.

It was a cold and windy day... but clear and sunny, so we flew our beloved Zodiac XL demonstrator airplane this morning.

Today's flight comes after the downtime of installing the Zodiac XL upgrades which we've been chronicling here over the past five or six weeks. All of you that have been following this series will agree that the upgrade package kit that we… Continue

Part 25: Installing the "Upgrade Package" to our Zodiac CH 601 XL: It's now all back together!

We've been finishing up the aircraft these past few days, continuing on where we last left the project. 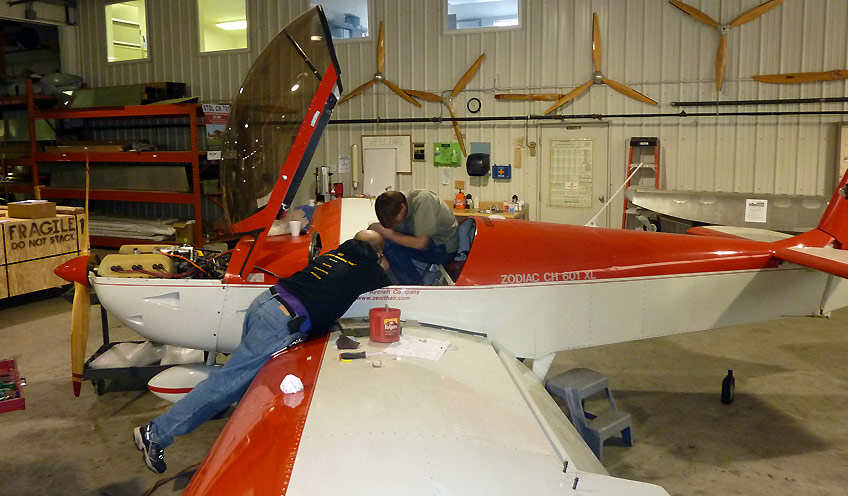 We've re-installed the flaps and all the controls in the aircraft, as well as reconnected all the wiring and fuel lines. 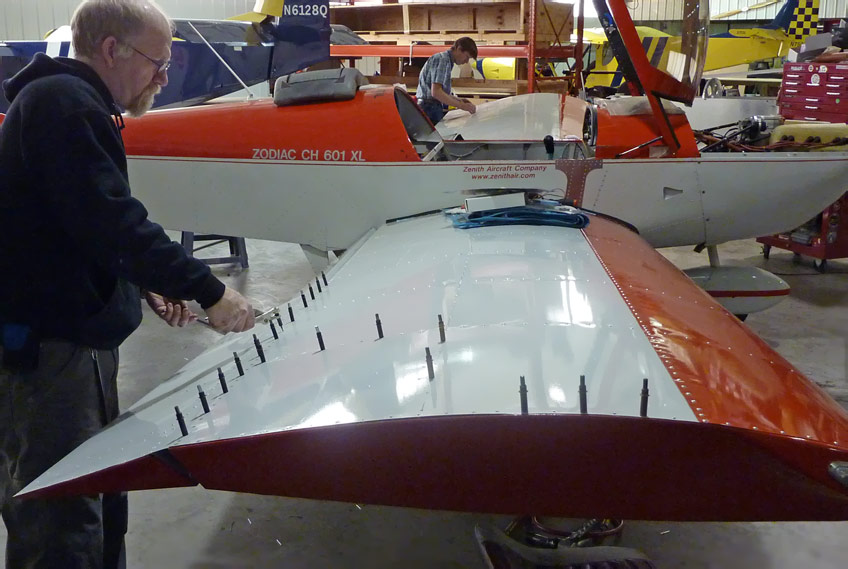 Above, Steve and Roger finished riveting the last rivets back in...…
Continue

Question for those with cowl fitment experience.

I have fit my airducts using the shapes they came with for a guide
They fit well or I thought.

Now I am fitting the cowl to the engine and the ducts
do not fit the cowl both in height and side to side in the
area of the duct inlet or opening.

My question is did any of you have to trim the ducts shape for both
length and the sape to control height.

Can you share with me what you had… Continue

Just scheduled my Airworthiness inspection for my CH750 for January 9, 2010. I thought waiting for my kit to arrive was bad, this is going to be nerve racking at best, waiting two weeks. Still have some little things to do but not enough to keep my mind off Jan 9th. Merry Christmas and Happy New Year

Can someone measure and post the distance from the top of their muffler to the Carb heat shield.

I finished flight testing this week. I took the day off work and flew off the final 6.1 hours. The plane is fantastic everything I imagined it to be. After 6 hours fkying I have found that I will have to adjust my seats to make them more confortable though. All the jhard work and effort in building the plane from plans has been worth it, so for all the builders out there still working keep at it because the end definatly does justify the means. All the best and good luck Gordon

Part 24: Installing the "Upgrade Package" to our Zodiac CH 601 XL: Putting it all back together...

As you all know, we've been busy making the producing the parts of the Upgrade Package kit, and now we're also busy shipping them out to builders and owners!

All the Upgrade Package kit parts and hardware shown above can be shipped in the two cardboard containers: One box (18"x12"x6", 25 lbs.) for the smaller parts and all hardware and one 6-foot long 4-inch cardboard tube (about 16 lbs.) for the longer parts. These package are… Continue

Just to make sure on your Elsa certificate you need to check your phase two limitations to see if indeed you do have paragraph 13 in it if you do you must contact your FSDO if you do not have it you should be okay. We at QSP have it in my 601xl but our 701 and our other 601 does not all with ELSA certificates so check your limitations first . Hopefully you will not have that paragraph.

Seems like it never stops. Just found out that our ELSA certificates will expire on Jan 31st of 2010 even if they say unlimited on the certificate. According to my local FSDO contact if you look in your phase two of your flight limitations par. 13 it states (no person may operate this aircraft for compensation or hire,except this aircraft may be used for compensation or hire to conduct flight training in accordance with 91.319 until January 31 2010, at which time this airworthiness certificate… Continue

Does anyone have any experience with a Dynon autopilot on the 601xl. I already have the flightdeck 180 and am considering adding the servo's. This setup is considerably cheaper than most and I was just wandering how well it works with the 601xl.

Continuing on where we last finished, now we re-install the "upgraded" wing center spar section into the fuselage and position additional fuselage doublers:

Got my buddy Jamie over today to help with the solid rivets on the elevator trailing edge. I thought they were going to be hard to do but not so. It was pretty easy with the both of us, I held everything in place, straight and level and Jamie whacked the rivet setting tool with a 2 lb. ball peen hammer and it worked just fine. I even drilled one out and that was a piece of cake too. I only have one question. I accidently drilled three holes 1/8" instead of 3/32", how much should I cut off of a… Continue

I would like to thank Gus and his family for the great two day work shop at his hangar in Edgewater Fl this past weekend. The information that I learned far exceeded my expectations ! Their hospitality was great and Gus's knowledge was evident in the skills he displayed.
I would like to thank Zenith for letting Roger come down and help out during this busy time I know they are experiencing. Also for Jack letting us use his aircraft for the update shop.

Does anyone have information or plans for a Susuki 1.3L with a Raven redrive mount?

Just released a new member of the CH 750 build videos - for those utilizing the Jabiru 3300 engine. This video was filmed at the Can-zac hangar with Mark Townsend demonstrating the engine installation process using the firewall forward components from Jabiru USA. From uncrating the engine to fitting the cowl - it is all detailed on this DVD. Details in the CH 750 section of HomebuiltHELP.com