Six years after ordering my kit from CZAW, ZK-ZMX finally took to the skies with test pilot Jerry Chisholm at the controls.

Omaka airfield owned by the Marlborough Aero Club is a little too big for this aircraft .I'll get closer for better shots as soon as I can

I have had another oil pressure sender failure. Thats 2 in 25 hours flying. Failure mode as follows;

works fine then you get the ocasional spiking high oil pressure indication of 70 - 100 PSI. This gradually becomes more regular until it stays on 100 PSI. For ground running tests I have connected a direct reading gauge to the oil galery to confirm a normal 40 PSI oil reessure.

Has anyone else experienced similar failures?

Got the root doublers, strut attachment doublers and tip spars bent up the other day.  Due to the happy combination of a Saturday morning to myself and the kids both sleeping for 3 hours in the afternoon, I pilot-drilled the doublers & L stiffeners to the spars and cut the extrusion to shape for the front strut attachments.

After some solid riveting practice, I'm now ready to attempt riveting the spars together... nervously... (jeez I'd hate to bugger it up on the last rivet!!)

I keep telling all the locals that it’s Bob Mac Donald who is sending all the geese to eastern Pennsylvania. Coming home from the last fly in the flock that flew past me where honking in French, I must be mistaken; they may be coming from Quebec.… 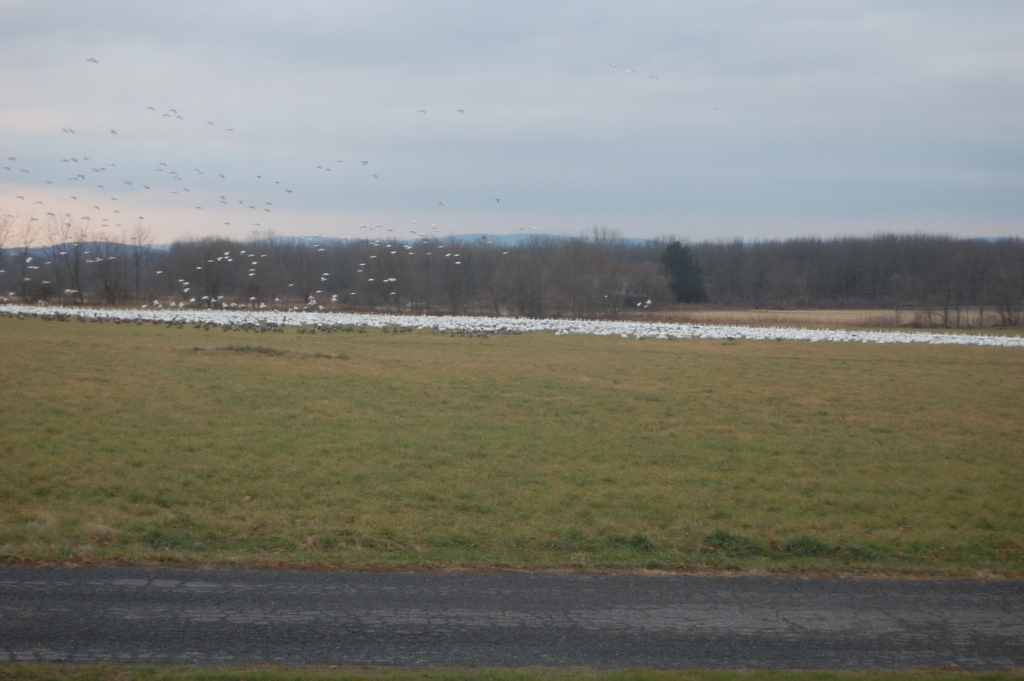 I have a few questions.

I'm currently working on the 650B wings, and will likely go with a single dynon skyview display...i will be using the dynon AOA pitot which i will have to purchase now.

1.  Are there any other sensors/components that have to be installed in the wing for skyview?  (besides AOA Pitot)

2.  Does the Dynon AOA pitot come with a cable assembly, and if not, from your experience, where can such a cable be acquired (or i can make) and…

Installation of a Dynon Skyview System in CH601/CH650

I am planning to replace the old style gauges in my CH601XL-B with a complete Dynon Skyview System including Autopilot and Dynon Angle of Attack probe.

I found a couple of examples of installing the autopilot servo's in a CH601XL, which is a big help.

But I do have a few other questions:

I am not sure where to put the ADAHRS unit in a CH601/CH650. I like to avoid re-inventing the wheel. Maybe there is someone out there who has… Now have flown off the forty hour Phase One Testing.  All in all a very benign experience. No real supprises except for the first couple of takeoffs being soooo quick.

Also have done first condition inspection and the Rotax 25 hour checks (100 hour check) with no problems.

Experienced no cooling problems with temps this summer in OATs as high as 98 F. Engine is Rotax 912ULS with Zenith FWF kit.

Have installed the Zenith VG's and have plenty of elevator authority.  My…

I have used up all of the .016 through .040 material I had on hand making miscellaneous parts, (270 parts so far).  I laughingly call this method my plans built quick build kit figuring at the rate I am going in 3-5 years I'll would have enough parts to quick build an airframe.

I will be ordering the material for wing and center spars next week.  Here are a couple

Hi All,
I have bought the plans to and still in the process of finding out all the relevant info on constructing the ch 750.
My question is in relation to specific Aluminium grades the plans call for the use of 6061 T6 or 2024 T3 etc. Does anyone know if they can  be substituted for 5083

Anyone put thicker aluminum on wings of 750.  whats the pros and cons?

I'm looking ahead to engine installation details - most likely for a Lyc O-235. (Yes, I know they are a bit heavier, etc., but I am familiar with Lyc engines and prefer to go this route.)

Seeking any advice on:

Engine mount - purchase or self built?

Carb location - this varies with model # on other…

working on opening the wings to put the mod in place. and hope to be fly by spring of 2012.

Hi.  Wondering if its easier to buy zinc chromate in spray cans, or if I should buy the gallon?  Do you brush it on or spray it on? Also If I want to prime only mating surfaces is one gallon gonna be enough for a 750?  Any help would be great.

I know I ask alot of questions, and im sure there will be 100's more but I can give you guys my social # so you can claim me as a dependent If I get to needy :)

Visit of two friends at home to help with the Skin of the horizontal stabilizer of my750.

See more in www.stolch750.blogspot.com in…

If you forgot to renew your Zenair News, you can subscribe with the pull down tab at the top of the toolbar. The next newsletter is about to ship!