Work in progress: Video for newsletter #174

Take a moment to look at these sample video clips that will be included in the next Zenair newsletter video. We highlight our trip to the Zenith booth at the Oshkosh show where we interviewed the builders and pilots of some amazing aircraft - including a CH801 with a V8 engine, a show stopping 701 on floats, details on the upcoming float kit package from Zenair, and much, much more! Also, we will have a first hand account of a modification/innovation from a 601XL builder that has found a way to… Continue

Progress is happening in my shop. The flapperons are hung but not connected to the controls yet (needed some 090 to make the barckets out of). The slats are mostly mounted. I have a guy coming tomorrow to look at what I need for upholstery. I have dark red and grey leather. Pretty soon the wings will be able to come back off so I'll be able to move in my garage again.

Oh, and the big step is that the paperwork has been processed for my registration marks. I don't know what they are… Continue

Good news for an old man

Whooopeeee! passed the medical exam with flying colors, now to get back into the air and get the bi-annual review under the belt, then on to mexico,Mo for additional flight instruction with the factory team prior to first flight. Hot dog, now if I can get the guy making the cowl to get off dead center and get it done we can fly!

The Experimental Aircraft Association (EAA) website publishes "Hints for Homebuilders" video clips, with some useful how-to building information and introductory info on tools, etc.
Though some of these videos are a little too Sonex-centric (they're neighbors with EAA headquarters in Oshkosh) a lot of the information also applies to building a Zenith:

Add my 601XL to the list of those flying.
It is N6ZK
It took off for the first time yesterday evening.
It flew as advertised.
The O235 seems to be a good engine for this airplane.
Everything stayed in the green
Stalls were at 46 mph.
Bill Campbell

In the last photos I have mounting a Trio -Avionics autopilot with the servos directly atack to the control bar.
The result is very good and the autopilot funtion very well.
I have tested this autopilot in all aircraft actuations and have a very good response.
Fly alone!!!

my shop and status on Aug 15 I thought it was time to give an update on my corvair 601XL. The airplane has 72 hrs on it now...keep in mind that the first flight was just in the middle of june. Since the moment we mounted the engine I have only adjusted the timing, changed the oil and pulled the plugs for inspection. Haven't had to turn a single bolt or screw on the fwf. It has turnkey reliability. I flew from FL to PIT then onto oshkosh and back to PIT. I have carried a few passengers including my father.

Placed on order a Jabiru 3300 and complete firewall forward kit for my STOL 750. Made a few changes to the standard kit, including the Sensenich ground-adjustable prop, optional tachometer pick-up and cabin heat. The folks at jabiru USA in Shelbyville were great. They had a quote prepared within one day and were quick to answer all my questions. Should arrive in three weeks.

More to do while waiting for the cowl

Since we are still waiting for the cowl we decided to take advantage of the time and have completed the flaperon trim, now we are installing the strut fairings. This is turning out to be an interesting addition, figuring out how to set the correct angles and lock the fairings in place, so far so good made good progress today on the front one of the left wing. Friday will be another day, weather is supposed to be nice after all the rain.

Which one of these men is building a CH701? 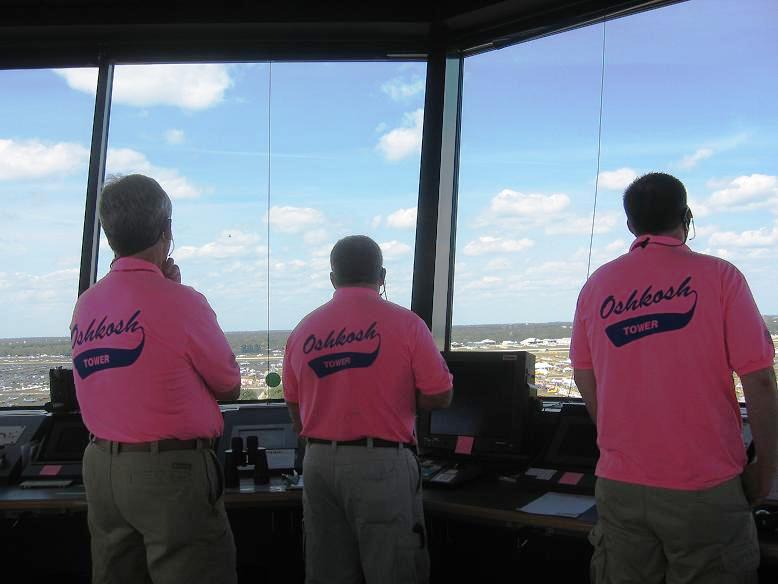 Zenair News reporting staff had an opportunity to visit the new tower at Oshkosh during the show, thanks to a CH701 builder that works for the FAA.
Story in the next Newsletter (Issue #174)

Over 200 Zenith builders and family members attended the builder's dinner last week. Our dinner room was a little too small for that number, but everyone adapted to the situation and enjoyed the company of their fellow builders. Mark Townsend (Can-zac Aviation, below) was our MC and did a great job of keeping the evening rolling with a multi-media presentation and acknowledgement of achievements made by attendees.… 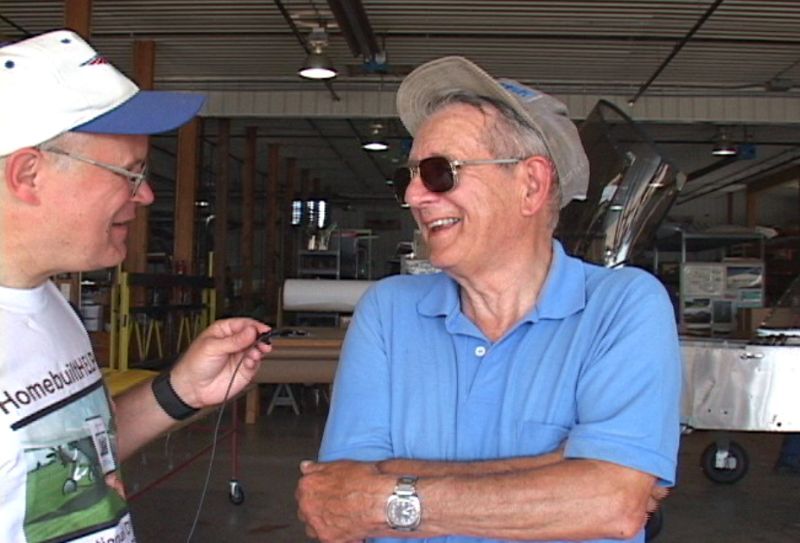 Featured in the new Zenair Newsletter being mailed this week is Vince Butner - a prolific builder that is working on building his seventh Zenith kit ! That's correct: he has built 6 Zenith aircraft kits and is working on his seventh kit. Not a professional builder - but just a person with a passion for building airplanes. We caught up with him at the recent Open House Fly in at the Zenith factory in June. A complete interview, where he shares… Continue

I'm up to lay out for the rivit line for the elevator hinge. The 40 pitch works out between the ribs. But outside the last rib to the end rib I ended up with 34 pitch to evenly space the last two rivits to the end of the hinge. Then 37 to get even spacing for the 5 from the end of the hinge to end rib. If anyone knows if this is something that will come back to bite me please speak up. I know the 37 is with tolerance set in the construction guide. I'm wondering about the 34. Stopped there for… Continue

6/30/09 What a great place to visit! Orcas Island is a picturesque little community North of Seattle. There are a number of B&Bs and small hotels within walking distance of the airport. But you might consider parking in the overflow grass area and camp with your plane. Have dinner at Lulu's. Highly recommended.

Thanks to all who sent me congratulations

It sure felt great flying my bird that many of you helped me build.
Today, we re-pitched the prop so it will turn up to 3300 rpm. It would only turn up to 2350 when I flew the other day.
What surprised me, most of all, that the temperatures seem to stay within boundaries.
Also, the carb linkage was adjusted so the engine won't die when I pull the throttle back too far on my next landing.
BTW, does the two or three bounces count as two or three landings?
102 degrees kept… Continue