I have 95% decided that the CH750 will be what I am going to build.  I should be ordering plans in the next few days and planning out my tools, etc from there.  I have a set of CH701 plans (had them for  while) and my original idea was to build a 701 with some mods to make it more like a CH750 but I believe the best path forward is to just build a 750.  While I do not need the "extreme STOL" capabilities, I would like to retain good STOL performance in trade for some increase in cruise.  I…

I cut my first form blocks and cutting blocks from some scrap plywood. I borrowed an 18v cordless jigsaw and cut them last night (in my room- I'm sure my room mate loved that, but I swept all the sawdust). Then over lunch today I took the rough cut parts to a tent that has a disc sander and finished them up. I'll have to duplicate them with a flush trim router bit when I get home, but that is easy enough. I may even rough cut their mates here so I can flush trim them when I have access to my…

I found a tent with some wood working tools and made friends with those who own it. I took my patterns and have glued them to some scraps of plywood. I'll cut them out with a jig saw, then sand them on their sander. 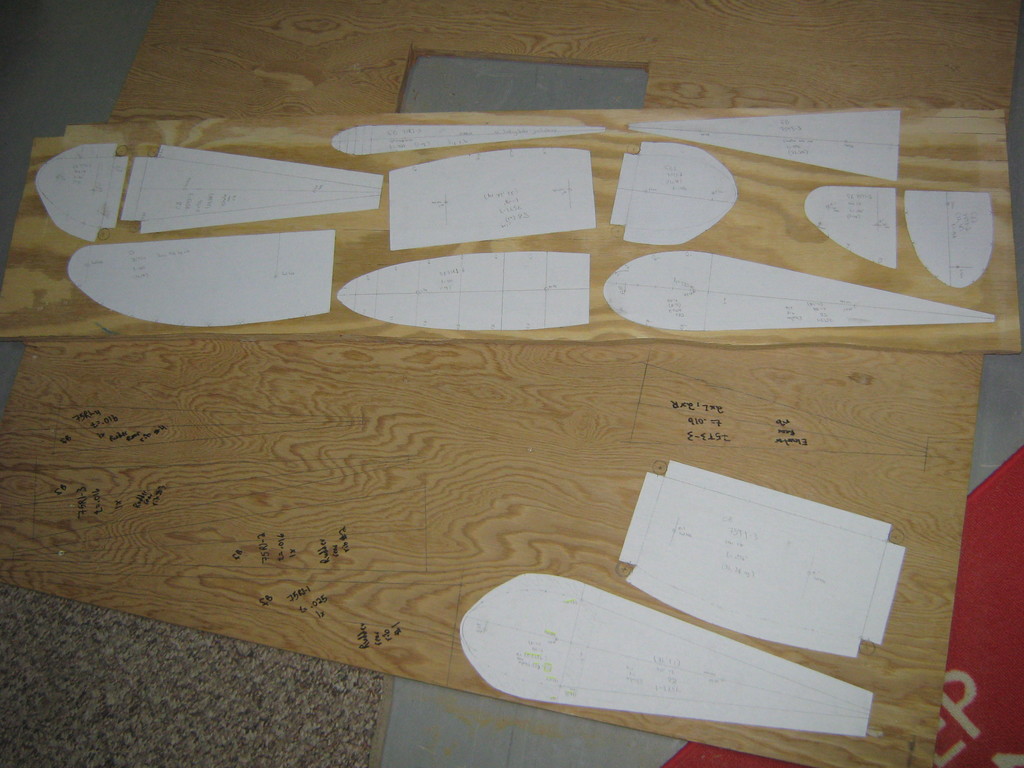 We're nearly ready for our next big adventure at "AirVenture!  We hope you can join us!

Here is a summary of some of the planned Zenith activities.

In 2012, Zenith hosted its first “Engine Day” at Oshkosh, with a handful of different powerplants and their representatives on hand. “We didn’t know what the response would be,” said…

Our China dealer is looking for a few pilots. All paid trip with spending money and you have a fun time flying.

For more information, please contact David in the USA at
davemargolin@comcast.net

Back at it - Wing tip

I haven't been able to work on my project in better than 3 months, life sometimes life just gets in the way.  I gave up trying to make a plug to mold to my wing tip with no success (some things I guess I just can't do).   I purchased the tip from Zenith and cut it down to use only the forward portion and I am very pleased with the fit.  I was a little worried that being plans built skins I may have some major working to do but I didn't.

Rookie question but would like some clarification before proceeding. My plans are Edition 2 Revision 1. I am drafting a form mold on paper before transferring it to wood. On the Wing Nose Rib (75W1-1) drawing, I am assuming the R53 radii measurement is from the tooling hole (190,32) and I have drawn it accordingly. On the plans, however, there is also a spot above and to the right of the tooling hold at x=175mm. Is there a significance to this 175mm mark that I am overlooking? Thanks for…

A new hanger and iPad Software for the Home Builder

Exciting times in the New Zealand home of EquiAvia!

I moved my aircraft Project into my new hanger and building has resumed with a feverish intensity!

I am documenting my build using my iPad mini and the app we created. With over 250 users so far, the app is gaining…

Just a note to let all know that Quality Sport Planes your west coast reps for Zenith Aircraft will not be at the Arlington air show this year do to illness. Will still be taking calls for any reason at QSP in Cloverdale CA  it will be business  as usual. Next scheduled airshow will be at Copper state Ar. in Oct. We apologize for any inconvenience this may cause to any of our customers.

Hi Builders I am on a CH 750 and have completed my tail the slats and flaperons, now going to start on the wings, will get some pictures together later.

Help wanted in CHINA for CH801

Our Chinese dealer is looking for Zenith builders or aircraft technicians to help
assist in the assembly of our CH-801 aircraft. You need experience assembling a CH 801 aircraft kit.

So, if your looking for an exciting adventure for a few months (or more) in
The People's Republic of China, this could be it!

Im building a 791 with students and we are finally , after 7 summers, getting to the finishing touches.  I have no idea about paint prep, type, application etc.  any help out there?