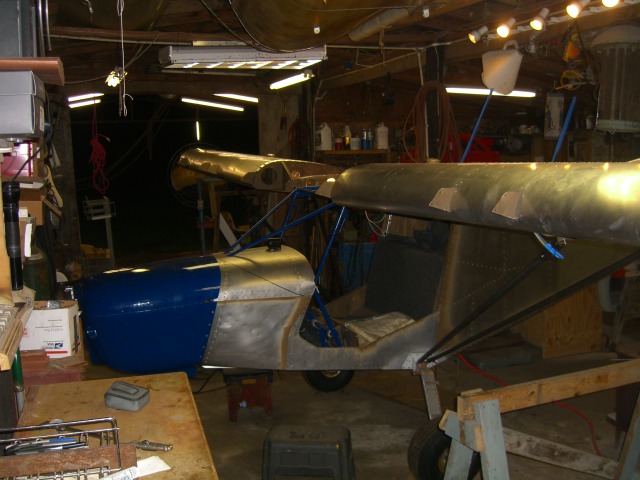 Got the wings/struts fitted and drilled up to final size.Probably remeasured everything 100+ times while stepping up…

I am putting together a 601 XL-B and I am just about ready for test flight. I want an amphib. Does anyone on this site have a 601 on amphibs?( I would prefer a 750 but this should be unique). Dennis

I clicked on the EAA link to the Cubs 75th Anniversary and what do I see in the banner, but a Zenith 601XL.  Way to go Zenith for making the front page headlines!!!!

I think I have a real fix that you might want to incorporate into your 701.

With the battery behind the seat, and the cowl closed, it is a little hard to get a high amperage connection to the battery for a jump start or for charging.  This plug is the perfect solution.

The 75 amp plug is bolted between two aluminum angles, riveted to the side of the fuselage, and covered with tape. To make a high amperage…

The following was first published on General Aviation News on July 18, 2012

Zenith Aircraft Co. will host its first-ever “Engine Day” next Thursday, July 26, at the company’s exhibit at AirVenture in Oshkosh. The company will have a number of Zenith aircraft with different powerplants on display, as well as representatives from a…

The short video demostrates the problem I am having.  All suggestions are welcome. Planning your Zodiac wing for a fuel injected engine –

By Larry Zepp, Zodiac 650B builder

When you are building your wing skeleton, you need to plan for a fuel return line to each wing tank if you are planning to use a fuel injected engine. I am planning to use the Viking HF-110 engine. This engine needs a 3/8” ID fuel inlet line from the tank and a ¼” return line back to the top outboard corner of the wing tank. The UL Power engine recommends a ½” ID inlet line and a 3/8” ID return line. For both engines, it is very important to…

Are you flying into Oshkosh?
EAA Homebuilt Parking is reserving the same parking spaces as we had last year for us, just north of the Homebuilders Headquarters and north of the Cannon Camera viewing stand. Again, we are near the Zenith factory display.
Follow the NOTAMS for the signage needed to park your plane. Please print another sign with the word ZENITH on it. The volunteers parking the planes will guide you to the reserved Zenith…
Continue

Travels in the Four Corners Area

I'm not going to make it to Oshkosh this year, but I just finished a phenomenal 6-day trip across the Canyon and Indian country in the Four Corners area (AZ, UT, CO and NM) in my 3.1L Corvair-powered Zodiac 601XLb. 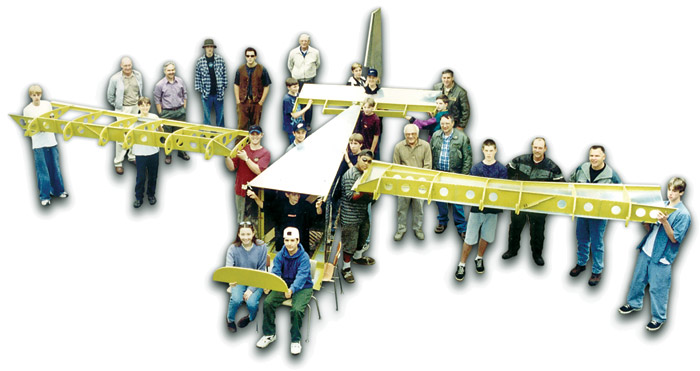 It is Time for a little…

I’m currently building the slats for my CH 750. Does anyone have insight on how these are installed and maybe some photo’s? When running these wires where is the connection made? Will I be able to remove the slats for painting? I’m defiantly open to any guidance or information that I can get!

Spent some time today reassembling the rib cage for the horizontal stabilizer. Previously, I damaged three of rear nose ribs when drilling the skin. I tried to do some repair work by adding a piece of L angle to the damaged areas, but I'm not happy with the results and I don't want to do any more damage. Therefore, I have ordered replacement ribs and now I have a better idea as to how I want to drill the wing ribs when the time comes.

I wanted to do a good job on the seats for my 601, so I built a form to the same size and shape as the seat bucket. I bought several upholstery books and found a big sewing machine at Harbor Freight.

I started with a very thin sheet of plywood, and cut and glued on the foam and shaped it with an electric knife and  used a sanding disc to smooth the foam.

I sewed the fabric, sewing in webs and rod pockets to tie to later.

I mounted the fabric to the foam and laced it…