Hi all just talked to the factory and yes there is damage to some of our aircraft but the good news is no zenith  people were hurt. I'm sure  Sebastion  will make a more indepth report later.

I just saw the Zenith 750 demo plane on channel 13 news flipped up-side-down at Sun N Fun after bad storm with winds went through.  There were also other planes at the Zenith booth tossed around also.

Although I am still in Afghanistan, I ordered my rudder kit and reserved my rudder workshop space for the June session. A few months ago I order the rudder DVD from HomeBuiltHelp.com and have watched it numerous times at my base when I was off duty.  I am eager to return to the United States, meet other Zenith owners, build my rudder at Zenith in June, spend a few more days at American Light Sport Aircrafters down the road from Zenith (maybe building the stabilizer or anything else), then…

Went to hangar yesterday and was greeted with two flat tires on my 701. Nose wheel and right front main. Right front main had a tube put in about 2 months ago and nose wheel has been fine for over a year now. anybody out there having issues with the Matco combos. Left main and nose wheel are still tubeless. 20 hours in and these are the only issues.

Does anyone out there have a used canopy for a 601XL in good condition that they would like to sell?

Can anybody help me

Hi,
Can anybody help me? I plan to order a blueprint for Stol 750 to put together by summer's end. In the mean time, I thought I'd buy some of the materials I would need. I'm interested to know what I will be needing in terms of materials and what dimensions. Aluminum sheet, aluminum Angle, AN Rivet, aluminum pipe, 4130 pipe
Thanks!

does anyone have an list of materials required  to build the CH701 ??thanks

ALSA Free Lunch! Who says there's no such thing?

Yesterday we had another visit from Sebastien, Caleb, and Roger from Zenith along with all of the Rudder workshop attendee's.

We have begun hosting a luncheon for each of the rudder workshops which gives the builders a chance to see other projects being worked on and hopefully gives them some ideas of their own.

It's not like the free vacation with the 2 hr, high pressure sales pitch for a time share at the end.

This truly is a FREE LUNCH!

So, if you are planning…

Due to questions posed on my aircraft I will provide basic info for all to note.  The engine is an 0-235, which gives a TAS of approx 100 mph, at 6 gph.  I generally fly at 2300 rpm.  The prop is a Warp Drive currently set at about 13 degrees, but in checking the log books it has been set at 9 degrees.  I haven't tried to experiment with the setting since purchase; maybe someday.  The outstanding feature of this airplane is its visibility.  It is outstanding.  The comfort of the cockpit is… Continue

QSP invites all Zenith builders and flyers to our spring openhanger day on May 7th. If you will be there to take a test flight with Roger please call for a reservation. See our event posting on this sight. Welcome all and see you there. www.qualitysportplanes.com

Well I made a 4.5 inch flange die tonight and am less than pleased.  It doesn't make the flange very good.  I cant see if the plastic is giving under pressure or what.  Anyway I will not be making anymore, sorry to get your hopes up (and mine)   but I just dont think they are worth the effort and mess.  It looks like I got 2 feet of snow on my lathe.  I will try other materials and keep you up to date.  Sorry Jesse.

It is pretty certain that we will be coming to Oshkosh...

it is a shame that there are not a few places to top up the tanks on the way over... 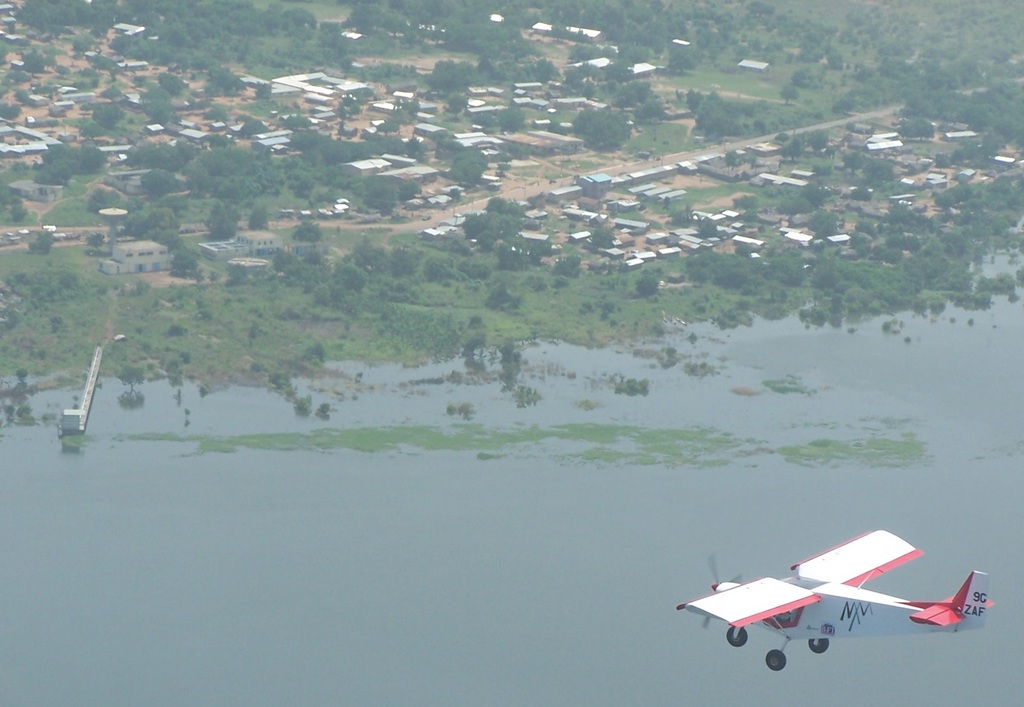 or some calm waters…

Flew it for about 5-10 hrs with the .250 Main Jet in it, all was good, left bank was a little on the lean side and I was getting about 3100 rpm level at cruise on a good day.
Decided last night to try to remove the scat hose from intake and replace with smooth lined radiator hose 2 1/8" diameter, and nice smooth molded… Continue

Well I've made the dissishion my 701 is going to be 99.9% from sratch and have jumped in with both feet ,I've got all my forming block's and blank templets cut and have orderded a good amount of 6061 t6 ,I'm still having problem's finding the proper size and thickness of 4130n tubing ? So if anyone has found a suppler that has a good supply on hand please let me know!! I know they are out there I just havent found them yet I find one size here and one size there but no one that has it all… Continue