Can anyone tell me where I can find a builder sequence guide for the 601HD tail wheel?

Picked up my Corvair Core today. Probably be a good year

before I really start tearing into it, but the seller was relatively close by and the price reasonable.… I am at the point of needing to test my fuel tank. I have read where some people have used water, and others have used gasoline.  Any thoughts on this?

Finally got around to setting an appointment at the Philadelphia FSDO to get my repairman certificate.  The examiner there was very friendly and excited to be able to learn more about homebuilding.  In fact, we talked for nearly an hour and a half because he was enjoying looking at all the photos and videos I brought.  After all the certificated pilots I've met who take a step backwards and give the 'crazy-eye' look  and then go on to say how they would never fly in an experimental aircraft,…

Here's a brief overview of the pre-flight of the main spring gear of the Zenith STOL CH 701 - to make sure that the aluminum spring gear is properly tightened between the two polyurethane spacers (on both sides).  This is a quick and easy item to check for regularly (and especially after a rough landing):

A panel hack saw is a special kind of hacksaw that uses a spring steel sheet as a back to support a standard hacksaw blade. This allows the saw to make long cuts in metal where a normal hack saw would be stopped by the bar.

When I first found out about them I wanted to buy one, but no one seems to make them anymore. So I had to make one of my own.The spring steel is .032 sheet and the hacksaw blade is a standard blade.

The saw can be a little tricky to use.  The…

RIGHT NOW THE PROJECT IS 90% OR MORE ASSEMBLED, AND I HAVE EVERYTHING TO FINISH THE PLANE (EXCEPT ENGINE AND INSTRUMENTS).

I ALSO HAVE THIS EXTRA OPTIONS:

A homemade set of tucking forks for fluting parts. While I have used this on only two parts, I like the control these give me over creating flutes compared to the fluting pliers I have used for just about everything else.… hello,out there.  I am wondering if someone  ever deceided to build a 750 with out flaps?

also  changing tail to be like a cruiser tail?

After I melted part of one of the seat covers, I had to order an additional yard of material to complete the repairs.  The repairs took only a couple of small pieces so I was left with lots of extra material for some more upholstery projects.

When I leave my home base for other airports, I like to carry my tow bar for easy maneuvering and parking.  It is a long clunky piece and there is not a good place to stow it.  I decided to use some of the extra material and pleating…

We are currently getting spooled up for Aero Friedrichshafen on the 20-23 April.

We plan to have a stand set up with a huge selection of our available materials as well as some good examples of our work.

In addition, we have a 1:1 mock cockpit of a 650 XL with a beautiful interior that we will have on display.

If you are in the area come and stop by.…

I've been a bit slow to add updates here.  Not because progress hasn't been made on the EAA Chapter 245 CH750 Cruzer project, but because I've been working away in my basement workshop on my personal aircraft build project.

Our Cruzer continues to take shape in our EAA Chapter hangar.  While we're waiting for some parts (fuselage longerons in particular) we continue to soldier on, cleaning up details on parts already assembled and applying chromate primer to mating parts… 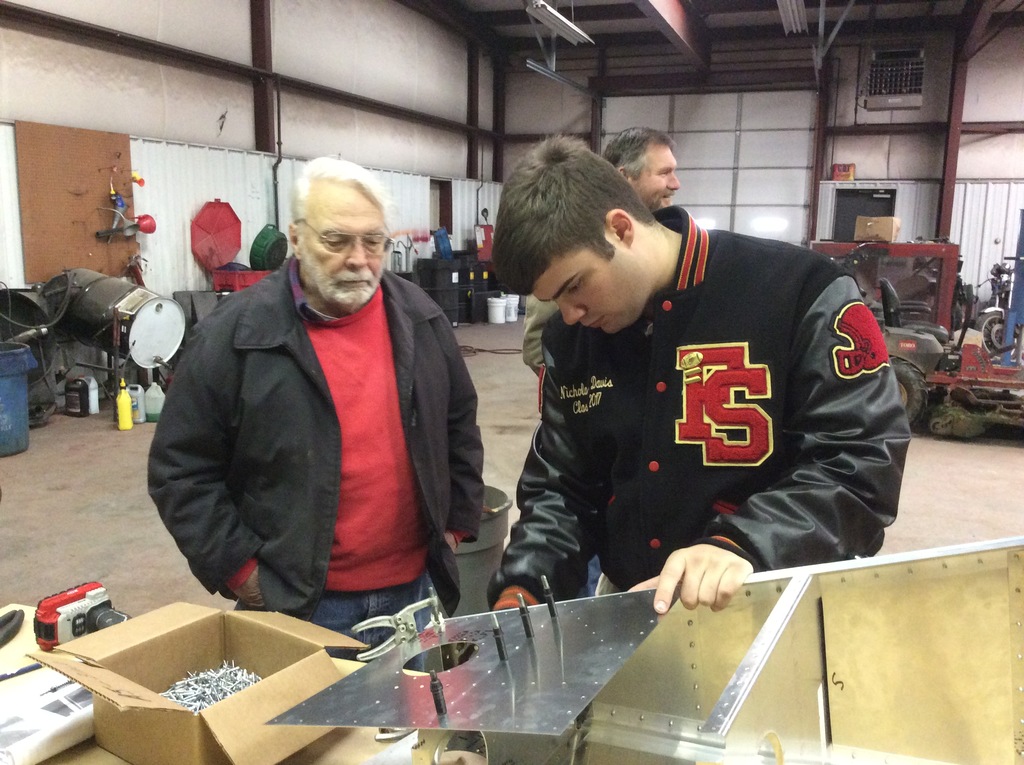 Some people say they have been involved in aviation for as long as they can remember. Wouldn't it be great to be involved in something that would help give today's children the opportunity to say the same thing in the future? Some schools are doing just that by partnering with their local…

Three C clamps, $4.50 at Harbor freight, one scrap piece of angle, free, the look on the passengers face when I tell them that I scratch built the wings and did not really follow the plans, PRICELESS!!!