Are any Zenith owners w/ Jabiru 3300 using this Throttle body fuel system?  If so, please update us about the product.

I am thinking about retiring the Bing Carby.  Thank You, Mark

Attention 750 scratch builders. There are some drawing errors that I want to point out to save you the grief of making usless parts. Four of them are in the baggage panels: F-5-4, F-5-5, F-6-2, and F-6-3. The projected views are backwards. There is a good illustration of these parts on FX-1 you can check before you bend. One other is in the fwd fuse F-11-6 which is also backwards. page FA-4 shows which way to bend it.

Well... after much thought, I sold my 801 (Coast Guard paint scheme). I need the money to build a house but still have a Cherokee to fly. :-)  It has a new, happy owner that will take care of it. Thanks to all, have fun & most of all be safe.

flying my 750 without slats

After reading about others taking their slats off on this web site I decided to try it. I have to say I am very happy with the results. I have my own air strip. It is 1000' with power lines at both ends. It makes it a challange to land. especially since I am a new pilot. It seems to be just as easy to land without the slats. I have mounted the stolspeed VG's.The cruise speed did increase 6 to 8 kts. just as the posts claimed. But what I like most is the attitude of the plane at cruise speed.…

Looking for Zenair Flyers in New York and New Jersey

I just moved to the New York City and I am looking for fellow ZENAIR pilots and builders in the area.

Planning to have my 701 shipped from Europe back to the U.S. and I am looking for an all-year tie down spot around NYC City or in New Jersey - grass strip would also be fine.

Any tips welcome - thanks for your inputs and hope to see you soon up in the air.

So here are the facts:

2) The only parts replaced were CHT probes, seals, gaskets and overflow bottle.

Between myself and my Rotax guru A&P we have a probable cause:

1) A near gross load reduced climb & cooling performance allowing for increases in coolant and oil temps.

To all Zenith and Viking Aircraft Engine fans!!!

Jan Eggenfellner and valued customer and friend, Vernon Knott are heading north this week to do cold climate testing with Vernon's CH-750. Throughout the course of the week Jan will be posting pictures and statuses of his whereabouts and progess on the Viking Forum (http://http://groups.yahoo.com/group/Vikingaircraftengines/join), Facebook (…

Finally have all the wing skins cut, fit and drilled with internals. Now to file, debur, final trim...

As phase I flight test nears its end I wanted to record some of the things learned about this airplane. The information presented here is not very official, but it might help me or…

Go Kart wheels work well for these 701s both on grass and paved runway. These plus slats off for wings (as in the first picture) and spring coil in place of door strut contribute to more economic in-flight fuel consumption.… 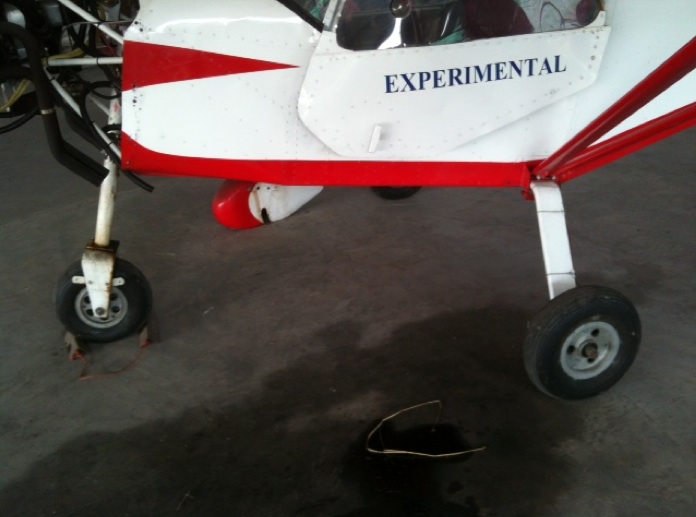 Update on the Zenith supplied cabin heater for my 701.  Installed it in December and it works as advertised...actually a little bit better than advertised as I only need about 1/3 heat on days at 30 f outside. A couple of things: I went down to my aircraft supply store...Coop Plumbing section...and found a 45 elbow in black plastic that fit over the  heater firewall tube perfectly.  I then cut a slot in the elbow OD…

Building the flaperons has been a challange for sure, scratch building, just another tip here which I learnt the hard way. DONT predrill the 3/32 soft rivet holes in the trailing edge, rather complete all riveting, then keeping the flap trailing edge flat, hold a lenght of timber along the trailing edge to press the upper and lower surfaces down straight and then drill and cleco, you will find then the flap comes out 100% straight.Hope to complete the 4th and last flap tonite!

Shipping a CH 701 in a container from Europe to the U.S.

Just moved to the U.S. and start missing my 701 still sitting in beautiful Switzerland... Planning to ship the airplane to NYC in a container. Any of you experienced in demounting a 701 to fit in a 20 ft container ? Any advise on preparing the engine (Rotax 912 100 hp) for the shipment ?

The tail section is already demounted, I guess there is not much more to do than unmounting the wings and tie down the plane in the container.

Thanks for the comments on drilling fuel tanks.  It turned out to be "no problem."  Used a 2" hole saw and opened the hole to 59mm using a drum sander 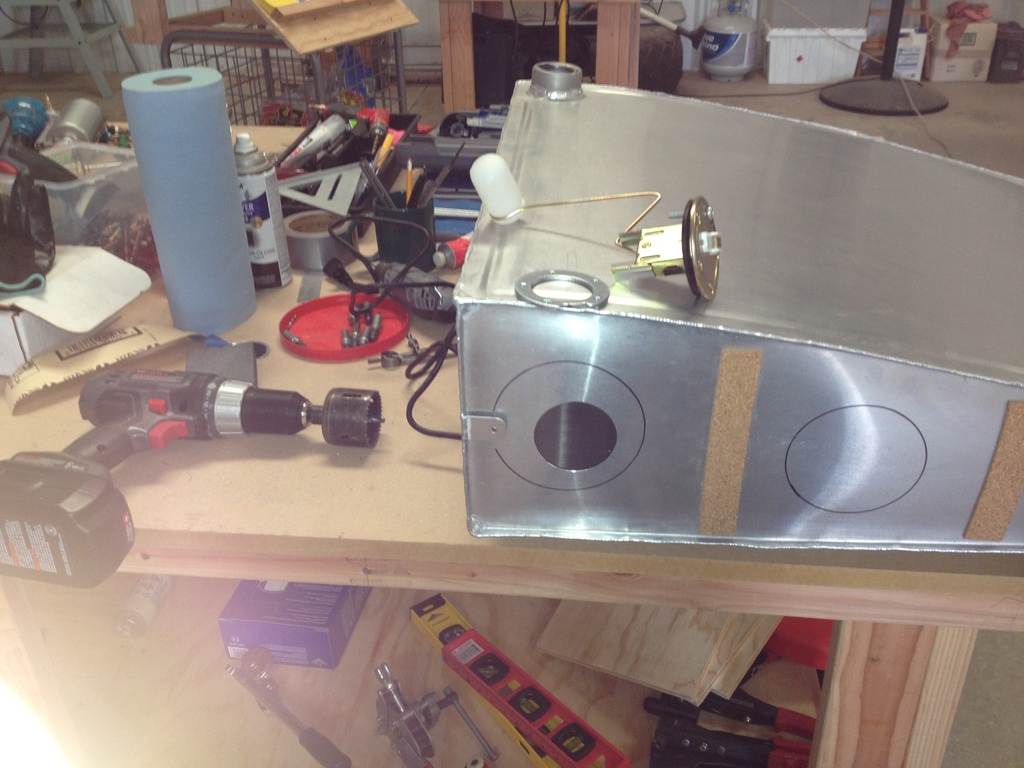 progress so far, and a rib forming question 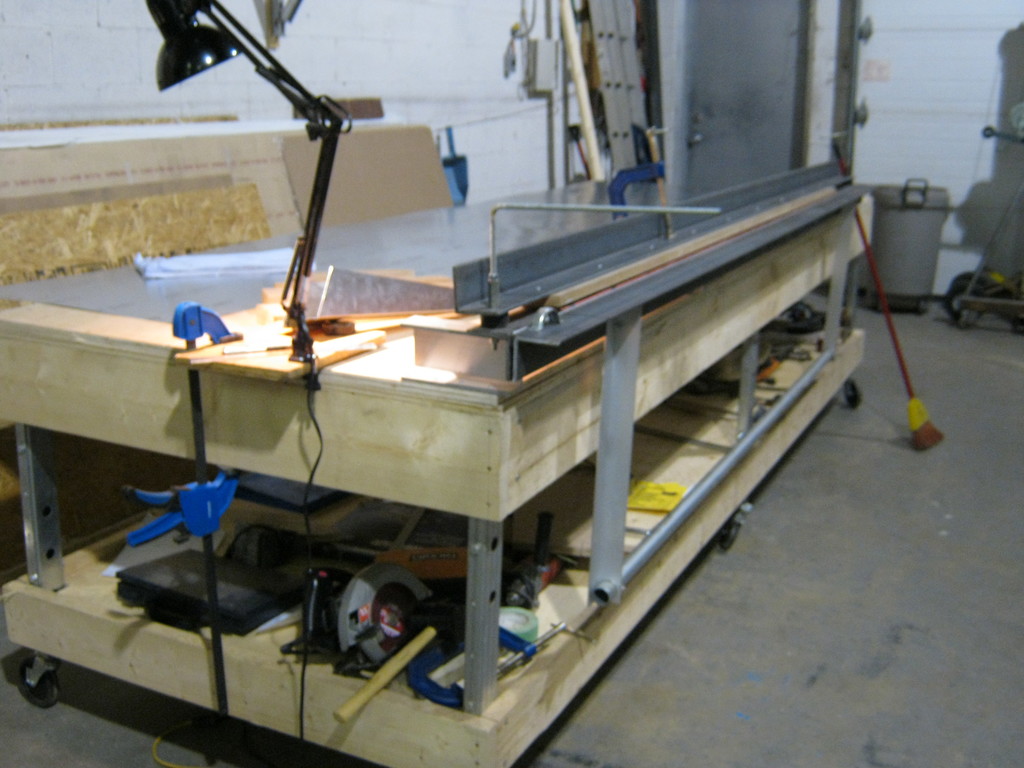 I am at the point on my CH 750 where it's time to install the sending unit for the fuel gage.  I admit that I have been putting it off for fear of attacking that beautiful aluminum tank with power tools.  I know you other builders have done it hundreds of times.  I could use any tips on the tools used, keeping debris out of the tank, holding the tank steady, etc.

Thanks for the comments, this is my first airplane project.