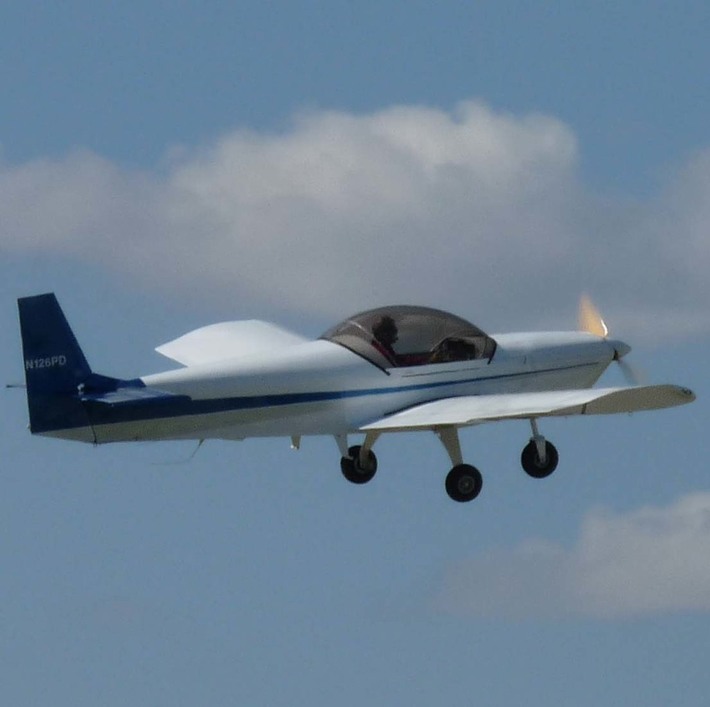 Building and Flying Info / Your Profession / Other Background Info
Professor

Looking for something to do during my approaching retirement, I allowed a friend who is a pilot to convince me that I should take up flying. Nine months later, in August 2006, I received my private pilot's license. Two days later I picked up my 601XL kit in Missouri. In April 2008 I got my airworthiness certificate. I finished flying off the 40 hour probationary period in November 2008. My plane has a Jabiru 3300 engine, a Grand Rapids Technology dual glass panel, a Garmin 496 as backup, round gauges as further backup, a Garmin SL30, a Garmin 327, a Tru-Trak 3-axis autopilot, and a beacon marker receiver.

Victor V kidd said…
Would like very much to fly with you. I'm at CRW as I said. Not flying yet, just finishing the mod. Have removed the wings in prep for taking her to the arpt and reassembling. A friend has a storage rental in an old elementary school. The rooms were just the right size to build a Zodiac. Hope to get her back to the arpt soon.

Looks like our planes have a similar makeup, Jabiru, some glass, etc. I finished building in Sept, received my certificate in Oct and had the recall in Nov. My flight experience to date is taxi time and 3 trips around the pattern.

I'd like to meet you and discuss the planes. I'm retired from Verizon Telecommunications, so I'm free most of the time.