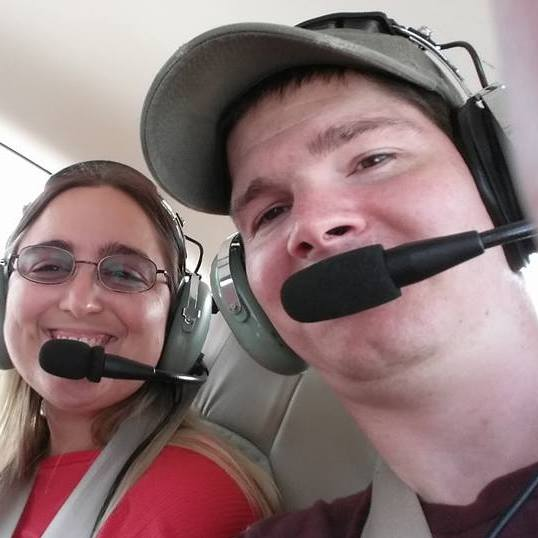 Building and Flying Info / Your Profession / Other Background Info
Helped build a Murphy Rebel with a local EAA chapter when I lived in Rockford IL. I am an aviation graphic designer and am planning on a CH-650 build starting next year.

Sorry if this is all spread out.  I typed it on my computer and the margins must be

Justin,  Since you already have some experience with sheet metal and have spare

time, I would think you could easily build the plane in three years.  BUT, lots of things

play into building one and so it's hard to say how long it will take you.  My first build

was fast because I have lots of tools, a nice shop close to the house and am half

retired so I had plenty of time all winter to work on it.  I also saved up and purchased

everything at the factory for my stol 750 all in the first trailer load, except the avionics.

Since I was 68 yrs. old, I didn't know how long it would take so I also bought the

quickbuild fuselage (which I would never do again) and the UL350 engine, ready to

install.  Anyway, I built it in 6 months and about 650 hours, including painting and

instrument panel.  Together the painting and panel took over 100 hours.  Those

650 hours did not include evenings I spent reading and studying.  For instance,

I installed a Garmin instrument panel and had no idea, at first, how to wire it.  It's

a lot easier the second time around.

The 650 will take me two years, as I am not in a hurry and also still spent most

of the summer farming.  So, back to your question - there are just lots of variables

including  the size of your workspace, is it at the airport where you have to drive

to, will you buy the kit all in one, do you have lots of tools (it takes more than just the

basic sheet metal tools).  With the 650 I didn't get the engine and all of the kit so

making some of the pieces, ordering things and waiting to get them, etc. all takes

longer.  Us older people probably are slower than young people (I spend lots of time

looking for the tool I just laid down!) but if younger people often have kids, ball games,

demanding jobs, etc.  that all plays in to how long it will take you.

us three years, or more, to complete because we are teaching kids to drill/rivet, etc.

and only one Saturday a month so it's going slow.

If you get to building, I would love to fly down to Wellington and check out your

build.  Do you have other airplane enthusiasts to help?  I would also take you for

visibility and performance with the 130hp UL engine is really awesome.

will help you and you can ask me anytime and I'd try to help.  I have asked a

few questions that I thought were really dumb, but probably the same question

had been asked several times.  :)  Roger, at Zenith is great at answering questions

Hi Justin, welcome to the Zenith forum.  I live at Wamego, KS and am building a

most of the 650 built and just now starting the instrument panel.  It’s for sale,

and lots of info on here from other builders.
Robert