We've had a string of rainy days down on the farm, so I had time for a quick project/mod on the 750 STOL.  I have an iFly GPS that was mounted on a swivel to give me a few degrees of tilt toward the pilot seat for better viewing.  The only thing I didn't like was that it obscured my auxiliary headset jacks behind the iFly and made it difficult to plug in the audio for my GoPro.  (I have Bose Lemo jacks on my center console for my headsets.) I had also mounted a CO monitor on that sub-panel and it put it way out on the periphery of my scan and also needed a swivel mount to make it visible from the pilot's seat.  On that same sub-panel I also used an entire instrument hole just to mount a tiny stereo music input - a waste of space, for sure: 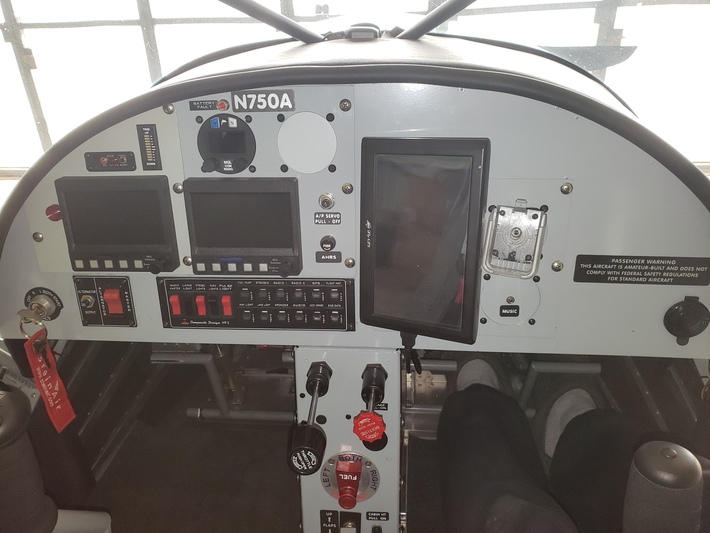 I decided to try mounting the iFly with an AirGizmo's Panel Mount and Angle Adapter.  This is designed to fit in a standard 6.25" radio stack hole and fortunately, that was the width of my sub-panel's hole and I had installed L angles vertically to serve as radio stack rails in case I ever needed them.  The Angle Adapter tilts the dock towards the pilot's seat to help improve visibility if mounting the dock on the right side of the panel.  After looking at the adapter, I realized there was a lot of potential mounting space for headset and music jacks on the far side of the angle adapter.  So, I epoxied some aluminum sheet to reinforce the area and drilled it for the jacks: 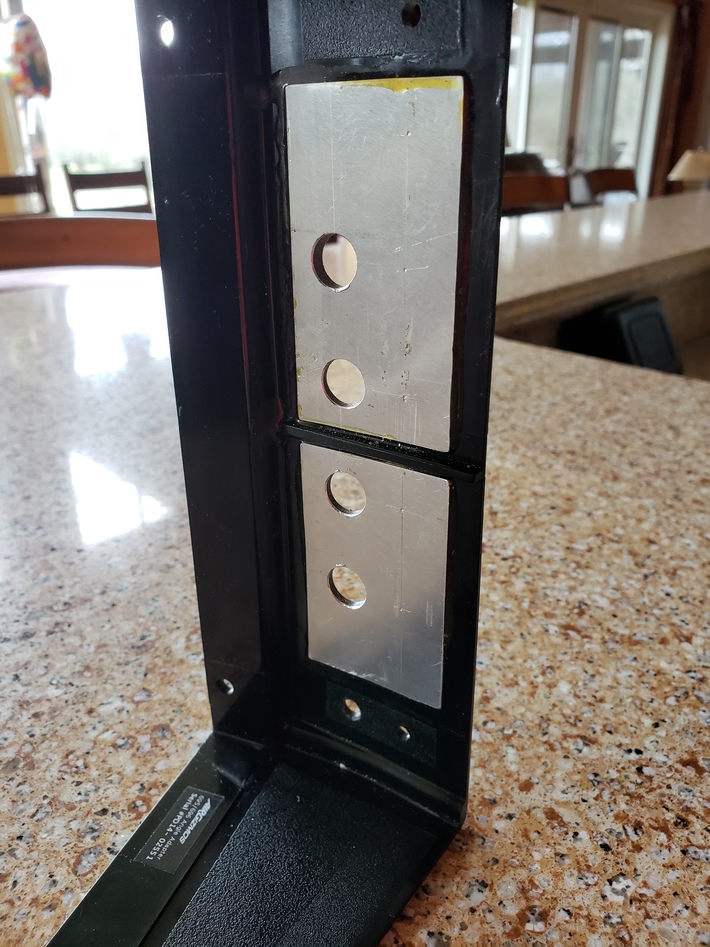 This worked great and places the jacks in a readily accessible area: I realize they are not visible to the pilot, but since I use the console Bose jacks, it's really not a problem.  I primarily installed the conventional jacks so a passenger could use their own headset if they didn't have a Bose-compatible connector, and besides, they were pre-wired into the harness.

I'm pleased with the end result: The viewing angle on the iFly seems perfect.  You'll notice I moved the CO monitor up to the top-center of the panel to get it closer where I can actually see it! Ha!  It is so light, I simply velcro'd it to the instrument hole blank plate and seems very secure.

Just thought I'd throw this out for comments/suggestions/improvements.  As I repeatedly remind members when designing their panel, make the design as flexible as possible because your panel lay-out will evolve over the years!

How do you control your autopilot? Or is the servo breaker just there for future use?

I have the MGL XTreme mini-EFIS.  2- axis autopilot control is standard on this EFIS, as well as controlling my remotely-mounted Sandia 165R transponder.  Saves panel space! This little EFIS delivers quite a "bang for the buck!"

I hate a tangle of cables in the cockpit, so I bought a bluetooth adapter from Amazon for a grand total of $7.59 delivered to my door!  In addition to the typical cable, it came with a metal male-male plug connector so you can just plug the bluetooth adapter directly into the jack with no mount or cable necessary It's also relatively protected by the Air Gizmo mount since the bluetooth adapter protrudes laterally and not straight out of the panel if the jack were mounted on the flat panel: I can now stream music or phone call audio to the music input jack and, via my MGL VG radio with stereo intercom, hear it through my headset.  Really works and sounds great!

After a few flights I noticed the iFly 740 had a tendency to creep slightly out of the panel dock and was not as secure as it should be.  I discussed this with AirGizmo (great customer service, BTW!) and they sent me additional adhesive rubber strips to experiment with.  It appeared to me the problem was the flex latch that is supposed to secure the IFly doesn't really allow the two sets of 3 "fingers" to overlap the edge of the iFly very much.  It doesn't help that the iFly's case edge is slightly beveled or radiused, too.  The inner face of the latch that contacts the iFly case is smooth plastic, so there's not much friction there.

I applied two 1/2" x 1/2" squares of the self-adhesive rubber to the inner face of latch: 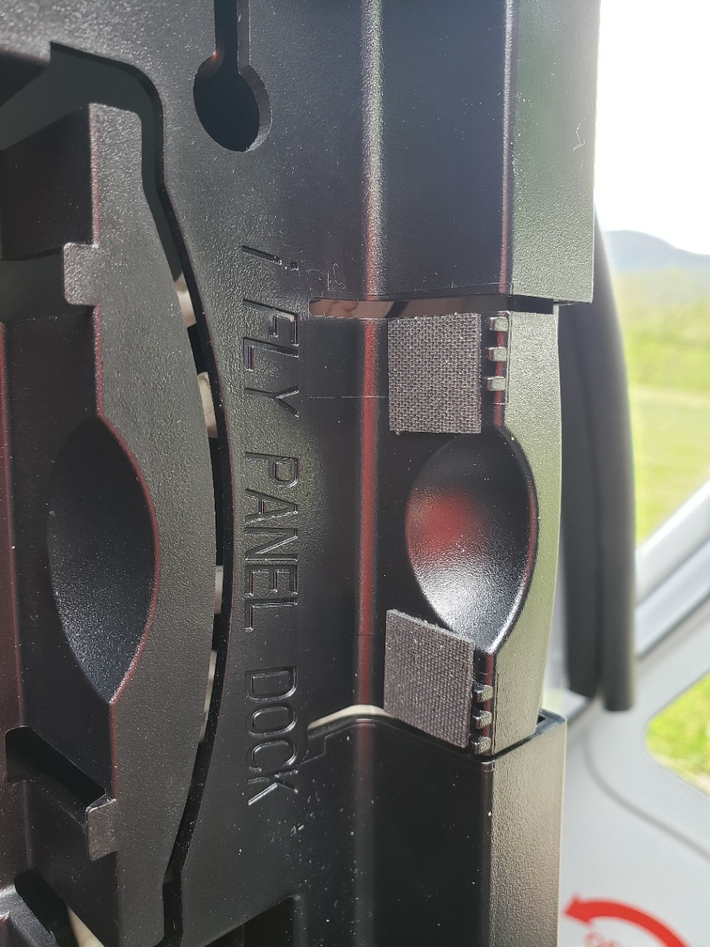 This worked great - it made the iFly more snug in the dock so as to prevent vibration and the additional friction keeps the case edge from slipping in the latch.  The only downside or caution is that one needs to flex open the latch as much as possible when inserting or removing the iFly so as not to accidentally peel off the rubber squares.  So far, that doesn't seem to be a problem.