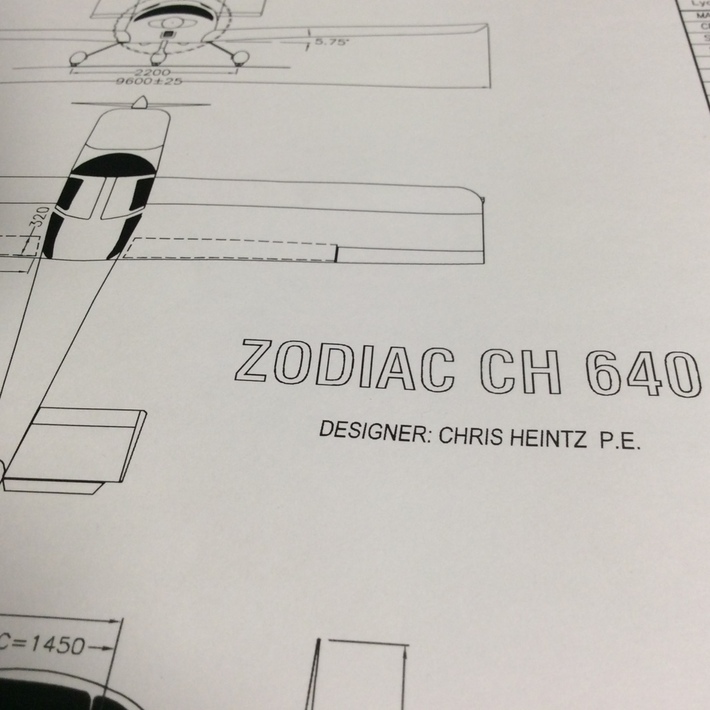 Can you move an airplane for me

im putting this out thereIm in the Toronto GTA area...If you can pull a trailer I`m looking to buy and transport an air frame...these are low cost partial projects i might buy or a salvage air frame…Continue

Complete newbie here I was looking at buying an airframe that has a O-235 engine that has 1800 hours on the motor..and good compression im looking to buy the frame and then put a Viking engine in and…Continue

I was noticing some Canadian buyers looking to buy a plane, are requesting Canadian only registered aircraftis there a lot of red tape to buy a US aircraft and bring it over the border ?curious about…Continue

I`m buying a plane and completely new to thisgot a few questions about the processlets assume the plane is sound mechanicallyThe plane is a flying Canadian registered Zenithhow would you handle the funds transfer and the change of ownership?I`m in Ontario and the plane is in Quebec...how does sales tax work...do you pay tax?How do you check if there is liens on the plane?or anything else you think a babe in the woods should know...happy to hear itThanksMichaelSee More
Jul 13
5 Comments 0 Likes

Can you move an airplane for me

im putting this out thereIm in the Toronto GTA area...If you can pull a trailer I`m looking to buy and transport an air frame...these are low cost partial projects i might buy or a salvage air frame I want to fix up...ill rent the trailer if you dont have oneI would waive all liability..as in you do your best to load the plane...if it gets scratched or damaged..no problem..Ill just repair it..or if there is an accident...i take my chancesso if you're looking for extra work on the weekend..lets…See More
Jul 4
0 Comments 0 Likes

Michael W Mallock left a comment for Michael T.
"Hello Michael, I ended up selling my CH750 project and no longer need the engine, it is still bolted to the shipping crate Viking sent it to me on."
Jun 18

hi everyonecomplete newbie to the Rotax world ... I know thier motors are bulletproof...but was curious about the gearingim quite familiar with torsional vibrations and was wondering how Rotax deals with themfew questions:why did rotax stop selling the c gear box... was the rubber donut system not work as well as the newer clutch systemi was trying to figure out the new gear boxes on the more powerful rotax engine..  they are using a clutchis this how they are dealing with the torsion issue and…See More
Aug 10, 2020
2 Comments 0 Likes

I was watching your most recent videoCan this system fully feather the prop?https://www.youtube.com/watch?v=_Lnq4sb-BDQ&t=64sThanksMichaelSee More
Jul 23, 2020
1 Comment 1 Like

Can you modify the banana shaped flap slot?

hi guys I'm building a CH640 so I don't know much about the high wing members of the familyIs the flap slot open on the fuselage side....on all models?.... I was curious if something can be done to close up or modify the flap slot...I thought it might get drafty in the winter..I saw a you tube video of a plane that had removed it by making the flap shaft internal to the wing...is that a common modification?if you guys could educate me on this item...much appreciated...MichaelSee More
Jul 12, 2020
3 Comments 0 Likes

Flying without a cowling

Hi everyonereally informative forum...I learning a lot going through all the posts..Ive noticed on Vikings videos that flight testing has been done with no cowl and other members mention having flown with no cowl...i was was wondering what the fuel penalty is for not having a cowl ondoes the plane handle much differently if you get caught in the rain, is there any hazard to the engine  was thinking if flying with no cowl is no big deal(water cooled engines).....you could get into the air sooner…See More
Jun 27, 2020
2 Comments 0 Likes

Is there a tips and tricks section on the forum?

was wondering if maybe I missed itdoes this site have e tips and hints section?...See More
Jun 24, 2020
2 Comments 0 Likes

Posting some pictures of recent work done on the plane

Rudder ribs and formers for the wings, flaps, ailerons and elevator

Lorne Goodwin said…
Would be glad to discuss the project. I’m a long ways into it

Lorne Goodwin said…
Hi Michael. Lorne Goodwin. I live in Parry Sound. Send me a friend request on Facebook. It is easier to deal with messenger

Hello Michael, I ended up selling my CH750 project and no longer need the engine, it is still bolted to the shipping crate Viking sent it to me on.

Thanks! I do still have it. I had to put it on hold for a bit, but will jump back in here shortly. I should be posting more in the near future.

I do have a materials list for the CH640.  I had to develop the list myself from the plans, because it did not exist when I started in 2008.  Also, I developed my own part layout drawing for the same reason.

Since I haven't seen the CH640 plans, it's tough to know what kind of brake you'll need. Based on my experience with the STOL CH750, I'd strongly advise against building a Dave brake. He built a 601 with it, and it probably worked okay for that. I broke my Dave brake twice trying to form the upper firewall stiffener, which is .063" and 893mm long. I used a metal piano hinge from Home depot, and the rivet failed the first time. I repaired it with solid rivets and the second failure occurred when the piano hinge metal just stretched away. Even if you use a quality stainless steel hinge from the aircraft materials suppliers, I don't believe it will hold. Other builders have had similar experiences. I built mine 8 feet long, and that wasn't long enough to do my tail section spars (each of the 3 tail spares was almost 9 feet long). I have access to a 10' industrial brake with a modified shoe, so that it bends at a 1/8" (3.2mm) radius. I repaired and modified my Dave brake several times before I could do most of the plane, but it's still not the right brake for the job. I can't bent the thicker fuselage channels and the wing trailing edge skins.

You'll definitely want to look through your entire set of plans and determine what the longest bends are in specific thicknesses.  Around 1000mm of .063 will give you a lot of trouble on a Dave brake. If your spars/spar caps (likely in .040) require long bends, you'll need access to a brake that can handle that. Dan Hill has an excellent video series on building a HomebuiltHELP brake (free plans on their site). I'm assuming the CH640 has a lot of similarly formed components as the CH750. If so, you will have a hard time building a single brake that can do everything. The HomebuiltHELP brake (especially as Dan built it), will do probably 99% of the plane, minus the longest bends.

The Dave brake is easy to build, but if you're going to scratch-build an airplane, building the HomebuiltHELP brake is an excellent project to start with. When my project is done (I only have a few skins and my cabin interior structures to form), I'm scrapping my entire brake. If/when I start building the CH640, I'll build up a brake similar to the HomebuiltHELP brake, but I'll also have a hydraulic press brake. In another thread, one of the builders  said the longest bends in the CH640 are the spar caps in .040, and they're almost 11 feet long (3218mm)! I am almost certain you will not be able to bend those on a Dave brake. Further, the Dave brake has no adjustable set-back, so you can run into trouble with different thicknesses and bending acute angles with it. If you have access to other brakes regularly, then a Dave brake might work for you. I would check out Dan's brake build series before you commit to a brake, though.

Sorry that was so long, but it's a complicated issue, and I'm planning on doing a video that addresses all of this. I get a lot a brake questions, so a brake video would seem prudent.

When I bought the plans, Zenair included a CD with lots of pictures. They also include a very detailed rudder assembly manual which describes the rudder skin drilling.  Did you get this CD?

The idea is that you should lay out the hole pattern on the rudder skin and drill undersize (3/32") rivet holes in the skin. The rudder skeleton should only have centerlines drawn on the spar and rib flanges. You then lay the skin around the skeleton and line up the pieces so you can see the drawn centerlines through the rivet holes. Once everything is aligned, you match drill the rivet holes into the spar and rib flanges, and then drill all holes to full size.

You use this same technique throughout the build: layout and drill undersize holes in the skins, align to center of ribs/spar, final drill assembly.

You will want to make as smooth of a curve through all the points as looks good.  This may require you to offset from the points giving by +/- 1 mm.  The smoothness of the curve is more important than the actual measurements.  The lift performance will not change if the measurements are +/- 2 mm, but the drag will increase if the curve is not smooth.

You will notice on the wing ribs and the curved bulkheads that you will need a little artistry to achieve a good curve, using the numbers provided as only a guide. It looks like Zenair revised the drawing.  On mine they showed "~405". I crossed that out and wrote 350.

For the tight Z-bend, you need to cut two matching pieces of wood to use as the forms.  For example, get two 2x4 pieces that are one foot long.  On each one, cut a 3/8-inch step down the full length into half of the long dimension.  The steps on each piece match together.  You then use a vise to smash the aluminum between the two wood form block.  The aluminum will bend around the wood step.

The aluminum gets pressed between them to form the bend like this: