SO, WHY IS THE VIKING SYSTEM BETTER AND HOW DOES IT WORK keeping an eye on fuel pressure

Actually, the fuel pumps are the shutoff valves and are in the header tank.  So no valves at all, anywhere.  The fuel can run in a continuous aluminum line, inside a thin PVC conduit, all the way from the aft service bay through the firewall.  I suggest finding a place for such a conduit in order to run other essential stuff as well. One on each side of the fuselage is even better.  In any case, no high fuel pressure connections anywhere inside the airplane.  Gascolater is not used.  The header tank itself has provisions for the installation of a fuel drain.  Also, because the pumps regulate / circulate fuel internal to the tank, no fuel is ever stationary for water to collect into a pocket, during operation.

Be careful about your definition of a Rotax "Engine Failure"   A fuel system failure is not an engine failure.  It can however cause the engine to shut down :) 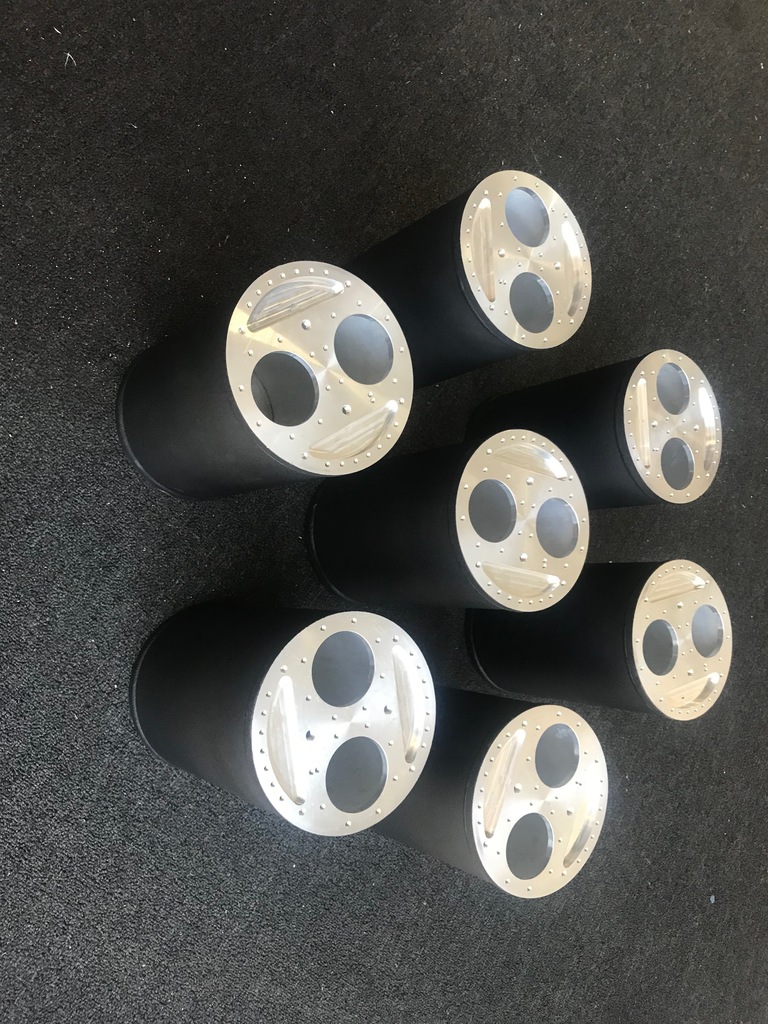 Comment by Geoff Klestadt on November 27, 2017 at 10:01pm
The only downside I can see with Jans design is that you have high pressure fuel lines in the cockpit (at least on a Ch750) and where to put the gascolater and fuel shutoff which will both be I think, working under pressure. Jans design also i think, fixes an issue with the rotax pumps getting vapour locked in some installations on hot days - instant engine failure.

Yes, the latest fuel system has only been available for one year

I have a 110 Viking it is different it returns fuel to the tanks.

There is no need to change the fuel pressure based on MAP.  For a specific MAP / temperature, there is a specific amount of fuel required to achieve a desired air fuel ratio.

The Rotax system is 20 years old, being pushed as the latest in aviation.

It is not even a direct injected engine.

The Rotax system regulates fuel rail pressure with respect to manifold pressure. How does your system compensate for MAP?

Jan,  I think I understand what you are trying to help me to understand.  And in a way, we are saying or thinking along the same lines for the most part.  I have no knowledge of how the ECU controls the injectors to provide proper amount of fuel for correct air/fuel ratio.  I assume it is simply the duration of injector opening based on the injector flow properties.  Knowing the flow rate of the injector, the ECU is programmed along with other variables (amount of air via other sensors) to operate the injector opening and closing as appropriate.  That's kind of what I was getting at in my recap - the ECU mapping/programming calculation are based on the fact that it does indeed have a known fuel pressure to work with in determining correct amount of  fuel (open time of injectors) to meet fuel/air ratio.  Like you said, less pressure for same time period of injector being open would likely mean less fuel delivery and leaner mixture.  Thanks for listening to me try to beat a dead horse, not my intent, I enjoy this type of discussion!  Dave

Comment by Jan Eggenfellner on November 14, 2017 at 5:28pm
I actually, if the UL ECU is anything like I am used to, rpm has very little to do with the amount of fuel and the throttle position is there for acceleration enrichment only. so :) the two things you thought that control fuel, are not very important.

Fuel delivery is based on manifold pressure and intake temperature in order to find the density of the air in the intake manifold. Whatever position the throttle is or how fast / slow the engine is turning is not relevant. The RPM only add more fuel because thing happen more frequently, not because it controls anything.

A fuel regulator is far more precise than a restrictor. The most modern systems, and one that the Viking ECU can use, is direct pulse modulation of the fuel pump, removing further pars and reducing the draw even more. We are not doing this yet.

Since a feedback loop from an O2 sensor is not practical in aviation with the leaded fuel, there is no compensation or even knowledge, by the ECU, of incorrect fuel pressure. Low pressure will inject less fuel during the time the injector is held open. High pressure will do the opposite.

The engine can be tuned with a vacuum compensated fuel regulator, or without one. No real vacuum compensation take place in flight since the throttle is wide open and manifold pressure is close to outside pressure. At idle, the amount of fuel could theoretically be elevated if the vacuum compensation is removed but there is a wide range of acceptable idle mixtures for air cooled engines. Just don’t want it to lean.

Your Re-Cap is opposite. The regulator WILL directly affect mixture and the ECU has no way of knowing if it is operating correctly.

In the end we are talking about the same, using different words. However, I think this is more correct

Jan,  Here is what I think I know and what I know i don't know ;O

I know the injectors are controlled by the ECU which takes RPM and throttle position as primary input.  The pre-programmed fuel flow and advance mapping within the ECU determine/control fuel amount thru the injectors in addition to the ignition timing and firing.  The injection system is pressure and temp compensated as well.  What I do not know is the injectors response to other than "normal" design operating pressure within the fuel circuit.  Per the UL manual the fuel pressure is regulated to a 3 Bar pressure differential between the fuel lines and the varying pressure in the inlet manifold.  So, let's say I have a failing pressure regulator that cannot hold 3 Bar differential.  At what point do I start losing engine performance, and taken to the extreme, lose the engine? Maybe it runs fine with just a 2 Bar differential... I can't answer that!  If the pressure regulator somehow failed closed, I assume pressure would build until I stalled the fuel pump, or ruptured a fitting.  How does a fuel pressure regulator typically fail?  What are the indications other than fuel pressure readings which would give me a clue?  I will assume that proper operation of the engine is dependent on the ECU (with all it's inputs from the sensors and mapping) having a constant known fuel pressure relative to inlet as a reference for the mapping of flow.  Hence the reason for a regulator providing a source of fuel to the injectors at a set differential to the inlet. If the ECU does not need constant 3 Bar fuel pressure differential to inlet pressure, why not have a calibrated bleed with no moving parts to allow for return fuel and pressure within the fuel circuit?  Open for discussion at this point...

Sidebar... The newer ECU's from UL do indeed have a static port on the exterior of the ECU to measure ambient pressure.  I "think" it may be a way to more accurately assess and provide ambient conditions to the ECU with improved mapping for power or efficiency?

To recap, I do not see the fuel pressure regulator as a component that "controls" mixture, but more as a device to provide a known variable for the ECU to control fuel flow, ignition, etc. associated with engine operation.  I do not know to what extent, or range of, a  lower or higher than "3 Bar differential relative to inlet" effects the ability of the ECU to manage the  engine.

Great discussion, appreciate the dialog...help me fill my (and maybe others) clue bag!

Comment by Jan Eggenfellner on November 13, 2017 at 9:06pm
I did see a reference to altitude in your post. The ECU has no idea of what altitude the airplane is flying at. All it knows is what info it is being given.

It knows MAP and intake temperature. That is enough info to calculate the ‘amount’ of air entering the engine and therefore the amount of fuel to introduce