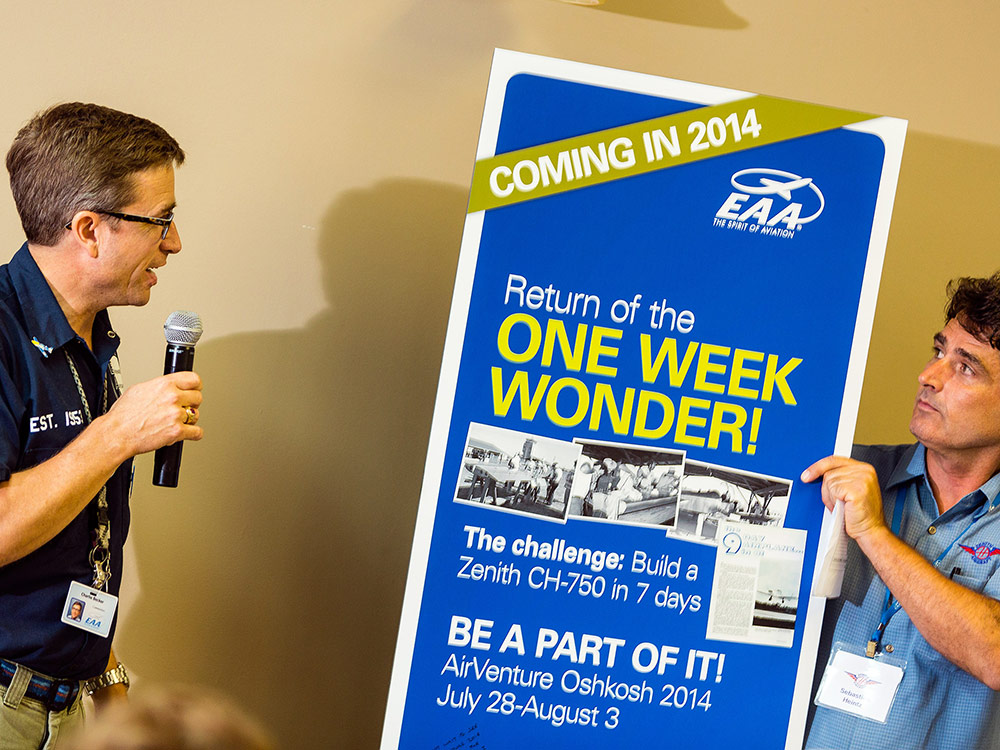 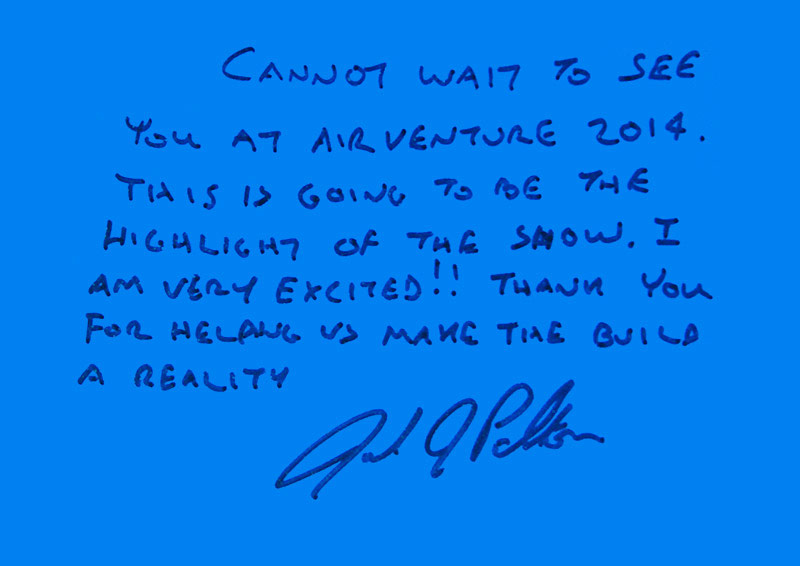 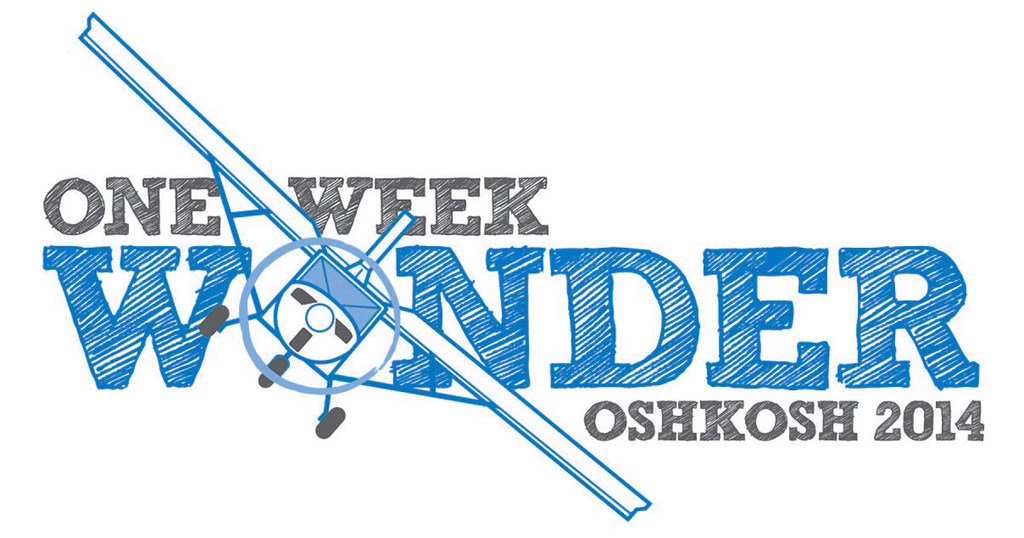 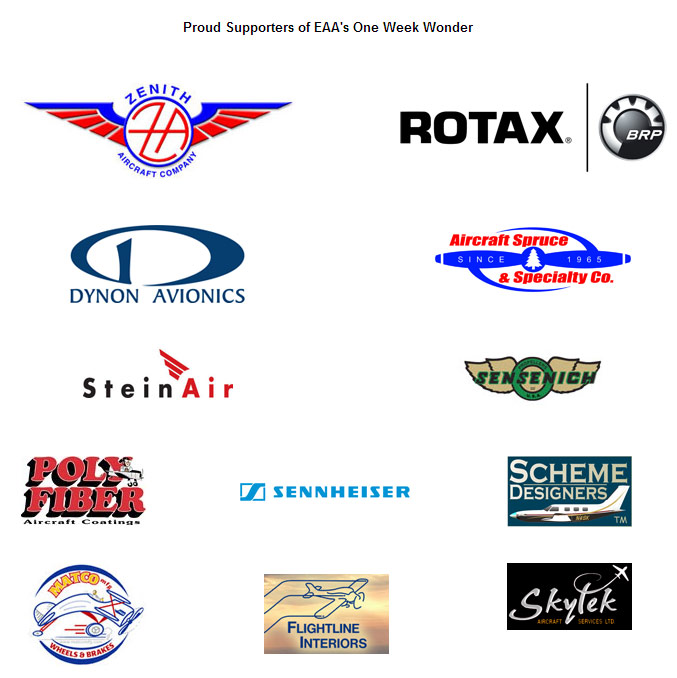 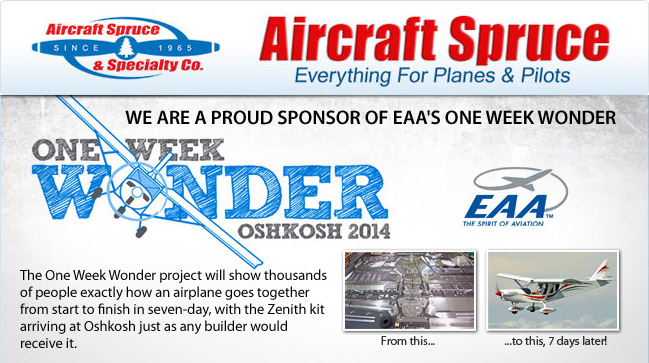 From Dan Johnson, here's a preview of the One Week Wonder project: 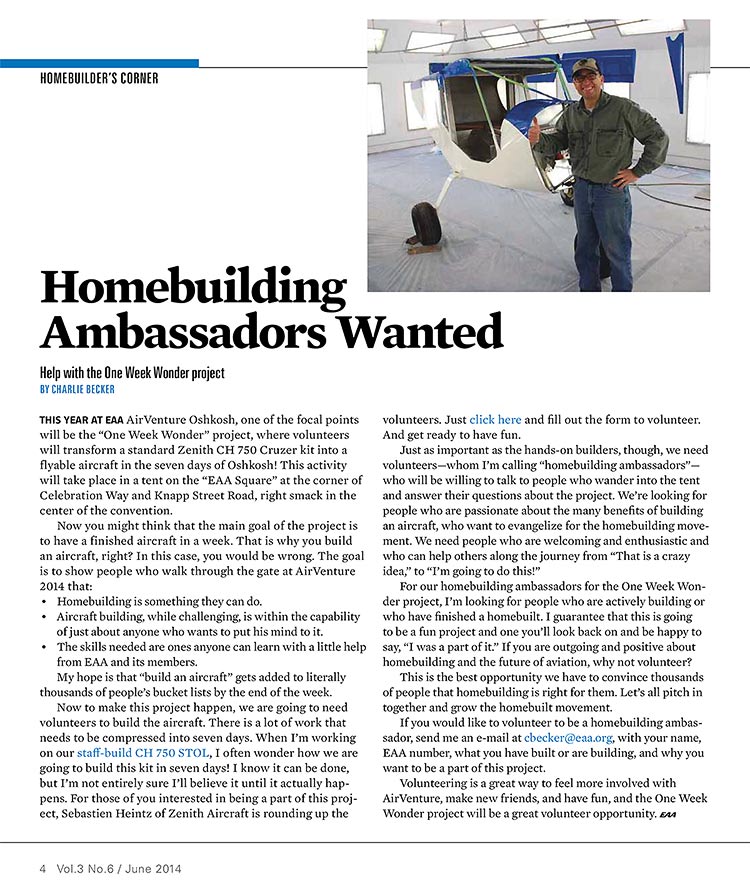 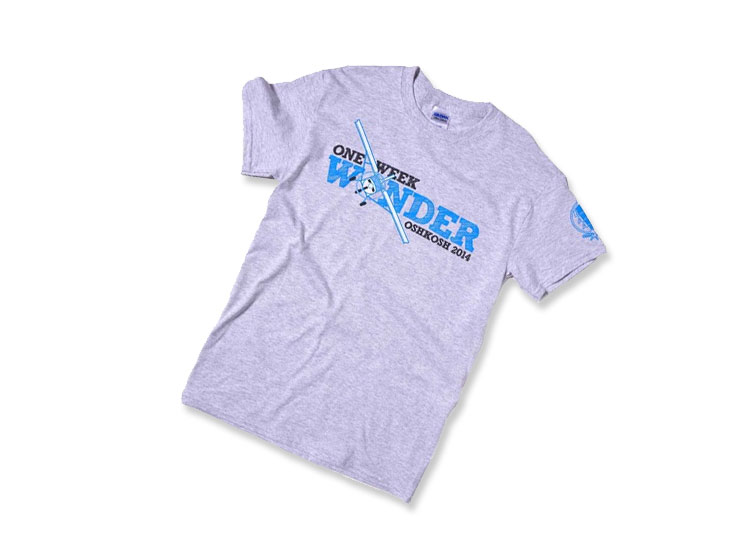 The official One Week Wonder 2014 collector tee has arrived! Get your comfy grey T-shirt featuring the custom logo on the front and the Heritage logo on the sleeve and wear it proudly during EAA AirVenture Oshkosh 2014.
EAA members save $4 - order yours now!
Call EAA at 800-564-6322 or Shop online

Check out the video from the 1976 project:

Preview of the One Week Wonder project in EAA Sport Aviation magazine (May 2014): 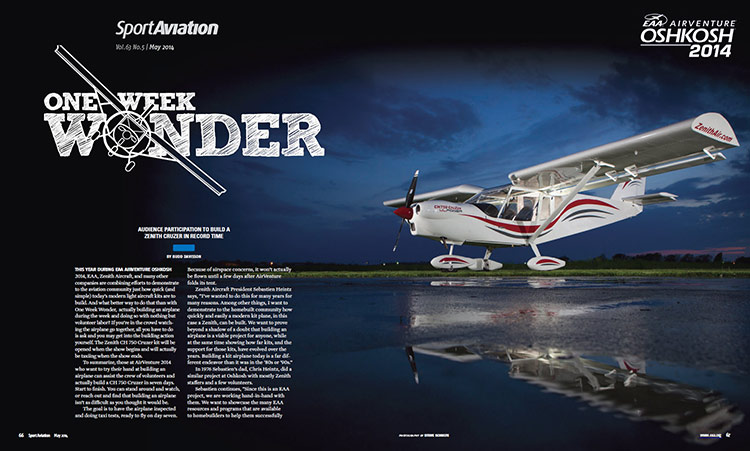 Preview of the One Week Wonder project in the May 2014 issue of EAA Experimenter magazine: Help Pick The Paint Scheme for the 'One Week Wonder' Airplane 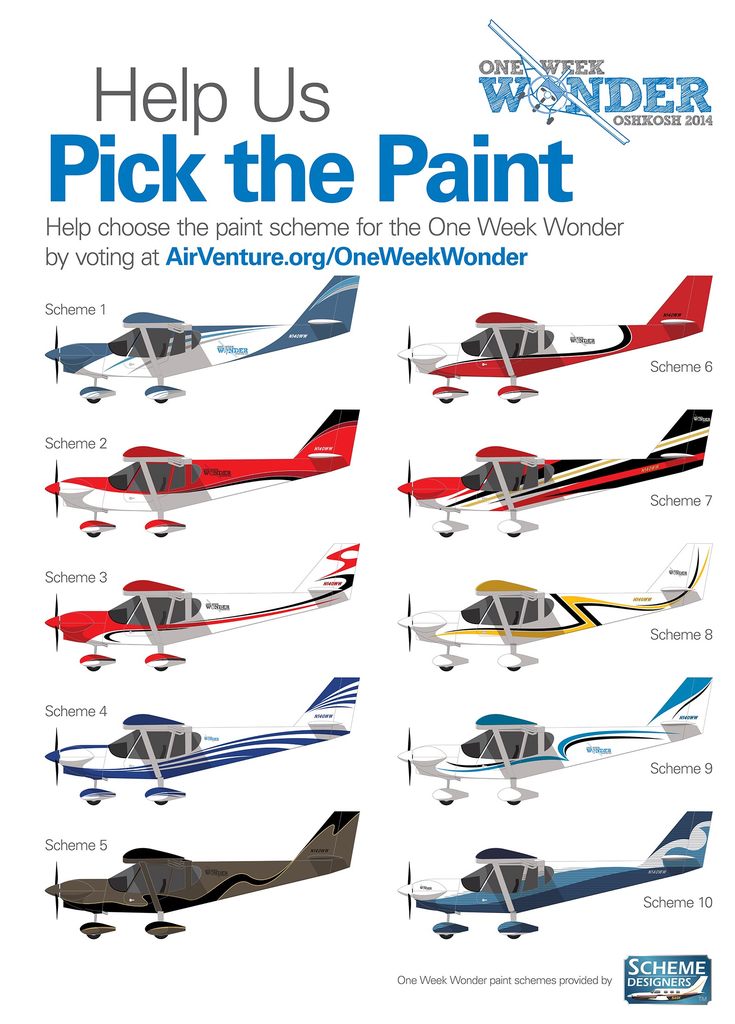