As shown previously (in Part 8), we had already installed a Wing Root Doubler (6-ZU-1-2) to the front side of the spar root, but as mentioned earlier (see my Part 13), a new Wing Root Doubler (6-ZU-1) replaces the previous doubler. This new doubler is cut out on the CNC router and is "beefier" (.125-inch istead of .063-inch thick) and longer. Here we install the new doubler: And then drilled the new doubler to match the spar bolt holes:

...and we thus need to trim back the nose ribs to clear the doubler: 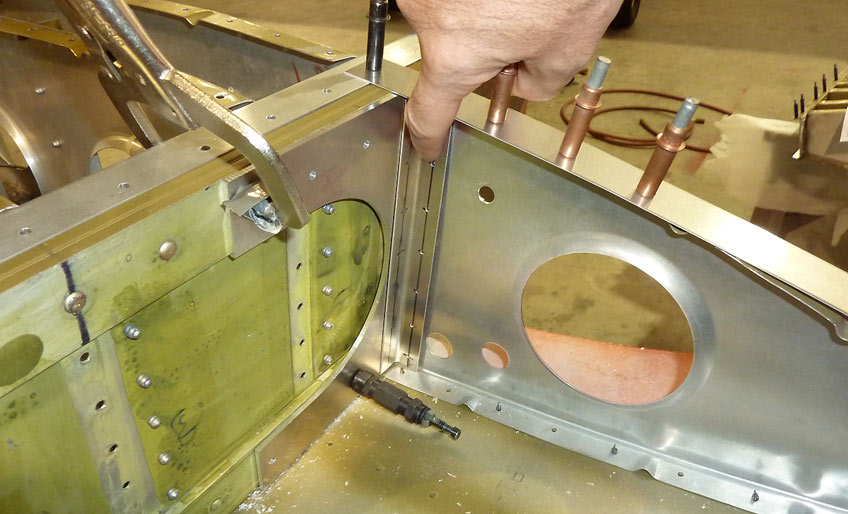 And then move on outboard to the next rib... 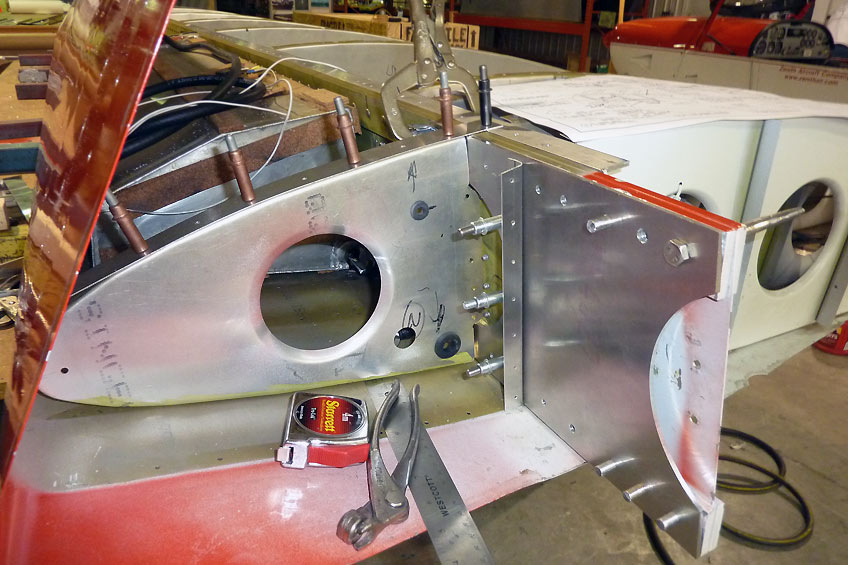 As we move outboard (and clear the Wing Root Doubler) we also install a Nose Rib Angle (6-ZU-1-3) on the other side of each rib, connecting the rib to the web. Notice that earlier Zodiac XL models have four ribs inboard of the fuel tank while later models have three. 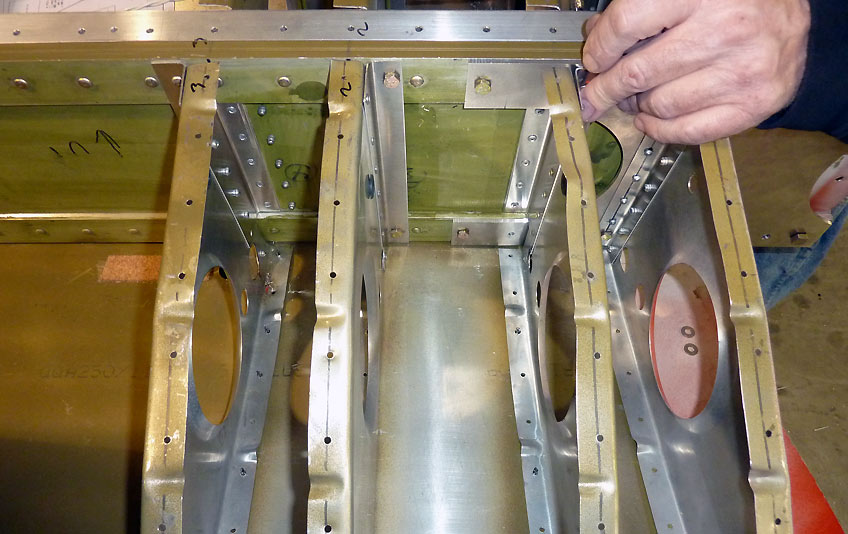 We bolted in the new Spar Wing Root Doubler, put the fuel tank back in, and riveted the ribs into position: Here's the video clip as we (re)install the Wing Root Doubler:


Gus Warren of FlyWithGus.net has announced that he will be hosting a Zodiac CH 601 XL "Upgrade Workshop" at his facility in Edgewater, Florida the second weekend in December. This will be a great opportunity for East Coast Zodiac XL builders, owners, and pilots to learn about the new upgrades, and how to install them. Gus is an A&P mechanic with many years experience working on Zeniths. For more information, contact Gus at 386-316-6324 or 505-363-9221. We'll post more details as we receive them.