Flew nearly 1000 miles from Delaware to North and South Carolina and back last week in my 3000cc Corvair powered 601XL and came away with a renewed confidence and appreciation for the combo.

The 3 liter Corvair engine burned an average of 6gph cruising at 115-120mph TAS. That means that with two 12 gallon wing tanks (22gal useable), N601DR can easily fly two hour legs with more than an hour reserve fuel still available.  This enabled the 460 mile trip from DE to upstate SC to be made with just one stop.

Total flight time was a hair under 9 hours.  For comparison purposes, Google maps says that driving this would cover 1,250 miles, taking just over 20 hours.  Flying commercially would require a 2.5 hour drive each way to and from BWI, 3 hours flight time, and at least an hour of sitting at the airport before each flight, so maybe 10 hours total?

The trip down on Tuesday morning was calm and beautiful with a slight headwind giving a consistent 107mph groundspeed.  The first hour of Saturday's return trip was just the opposite with a nice 125mph groundspeed at 5,500msl.  Unfortunately, the entire central and northeast region was blanketed by a 3,500' ceiling trapping humid, turbulent air underneath. I dropped below the ceiling, reduced my airspeed to VA (around 100mph), and lost the benefit of the nice tailwind.  I still made the trip in 4 hours, but could have shaved almost an hour off if it weren't for the weather.

Though this experience I learned a lot about flying, planning, and weather.  I transitioned both class B and C airspace, benefited from flight following, landed at both controlled and uncontrolled fields, navigated both visually and by gps, and proved to myself that I am truly a pilot. 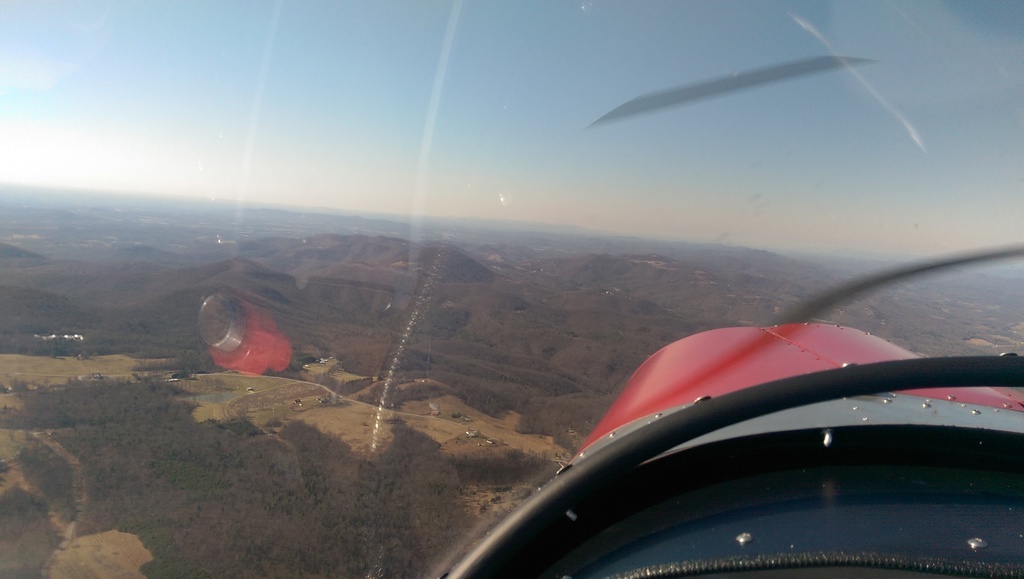 What an inspiration for us all to get our airplanes flying!

All accounts of 601XL's are really good.  Can't wait 'till I get mine in the air!

Great result and fantastic to see the auto conversions getting a good run out there!

Congratulations on your long cross country.  It's quite a feeling to be sitting at home after such a flight, reveling in the accomplishment.