EAA Hotline featured this project (nearing completion) in Virginia where a high school partnered with their local EAA Chapter: 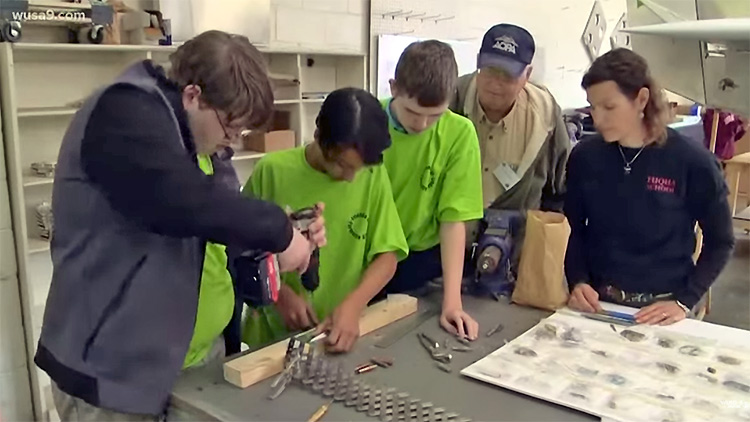 EAA Chapter 1202 in Farmville, Virginia, got some positive and well-deserved media attention recently, when their high school build project was featured on WUSA9 news in Washington, D.C. The chapter partnered with Fuqua School to build a Zenith CH 750 kit, not as an extracurricular club, but as a class. Watch the video >>

Here's how you can get involved: The high school and EAA Chapter are now seeking funds to complete their project. http://1202.eaachapter.org

Farther north and west, in Canada, EAA Chapter 154 in Regina, Saskatchewan, has been building a Zenith STOL CH 701 kit (that was donated to them).

EAA Chapter president Ron Wood tells other EAA chapters how to attract new members to the club:  "First, hold an open house... and second, have people help build an aircraft. From personal experience, I can tell you that when you get your organization out there in the public, people love to get their hands on a pair of Cleco pliers."

"One child didn’t even want to leave when her mother told her it was time."

"Having a kit plane being built definitely generated a lot of interest at the open house. Somewhat surprising was the interest shown by the younger generation. Of course, we encouraged that interest and had them assist by inserting Clecos as holes were drilled out." 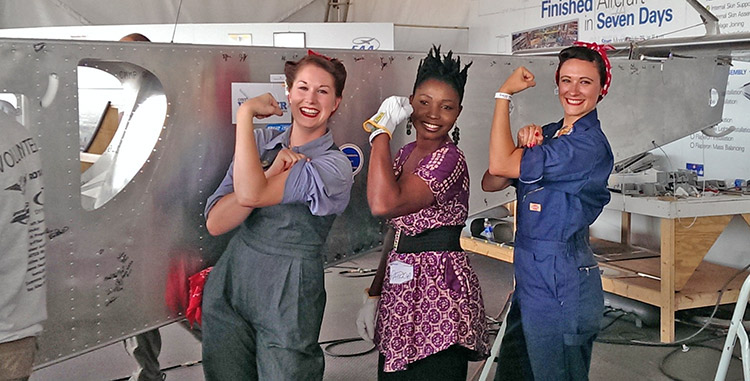 I encourage all Zenith builders to be active with their local EAA chapter, and to promote group build projects like these two projects featured above.

If your EAA chapter is wanting to attract younger members and to promote aviation, there's no better tool than building an aircraft as a group project! Once complete, form an independent flying club to own and maintain the airplane.

New Zenith kits, with extensive final hole size match-drilled parts, are ideally suited for group build projects. I'd love to speak with you about building a Zenith kit with your group project. Contact me for more information.

Here are a few more resources about group build projects:

Comment by Patrick Hoyt on November 18, 2017 at 3:05pm
Here's another one - a group in my old home town is nearly completed with a 701. http://www.apg-wi.com/spooner_advocate/free/student-built-plane-tak...

Also, my old EAA Chapter 25 in Minnesota has started building a 701.

Great updates and great pictures. I'm a little jealous that they are going faster than me, but I am really having a great time so not too worried about it.

Very cool! Thanks for sharing Sebastien!