First Cross Country - 2W6 to KFFA and back - Door failure

Having completed Phase I, my brother Frank and I flew our Zenith CH 750 STOL to First Flight airport , KFFA, for our first real cross country on Friday, June 8th.

I flew most of the way down, we had a nice visit and Frank flew back.  Departing Kitty Hawk ,KFFA, we stopped for gas at Currituck, KONX.  We then departed Currituck for the 95 minute flight home.  Minutes into that flight, my door failed catastrophically in flight and crushed in on me.

While Frank dialed up the closest airport (Suffolk Executive, KSFQ), I did my best to hold the remains of the door to the aircraft.  My right hand was outside the plane holding the door strut and pulling the broken door towards me.  My left hand was holding the front of the door.  The force of the failure and the twisting of the broken door being pushed inward pulled four rivets at the front of the hinge right out and broke the acrylic bubble in two places.

Frank landed the airplane 15 minutes later.  But about five minutes out we heard a radio call - "Jumpers away at 12,500 feet in five minutes - Suffolk Executive".  Frank said to me , "We are putting this on the ground before they jump."  And he did.  We are a good team and he is a phenomenal pilot.

Turns out that my hands were cut up, but not badly.  And, save the door, the plane is fine.

As soon as we exited the plane, I called Zenith and Roger answered!  I told him what had happened and I asked if we could fly without doors.  (I had read that it was done, but wanted, after this incident, to hear from the man with more hours in this plane than ANYONE.)  He said, “I’ve flown it with two doors, one left door, one right door and no doors.  No problem.”

I said, “Just windy, noisy and slower?” “Yep,” Roger replied.  (He added that we would want to order the newly designed sturdier aluminum doors.  I ordered them today!)

So, we removed the doors and stowed them, washed the blood off my hands, drank a Diet Coke, snugged our seatbelts a bit tighter headed home.

What an adventure. “ Don’t tell Mom,” we said as we laughed like kids.  What a great day!  EAA - Experimental Aircraft ADVENTURES!

Yes, we are flying without the doors until the new ones are installed. 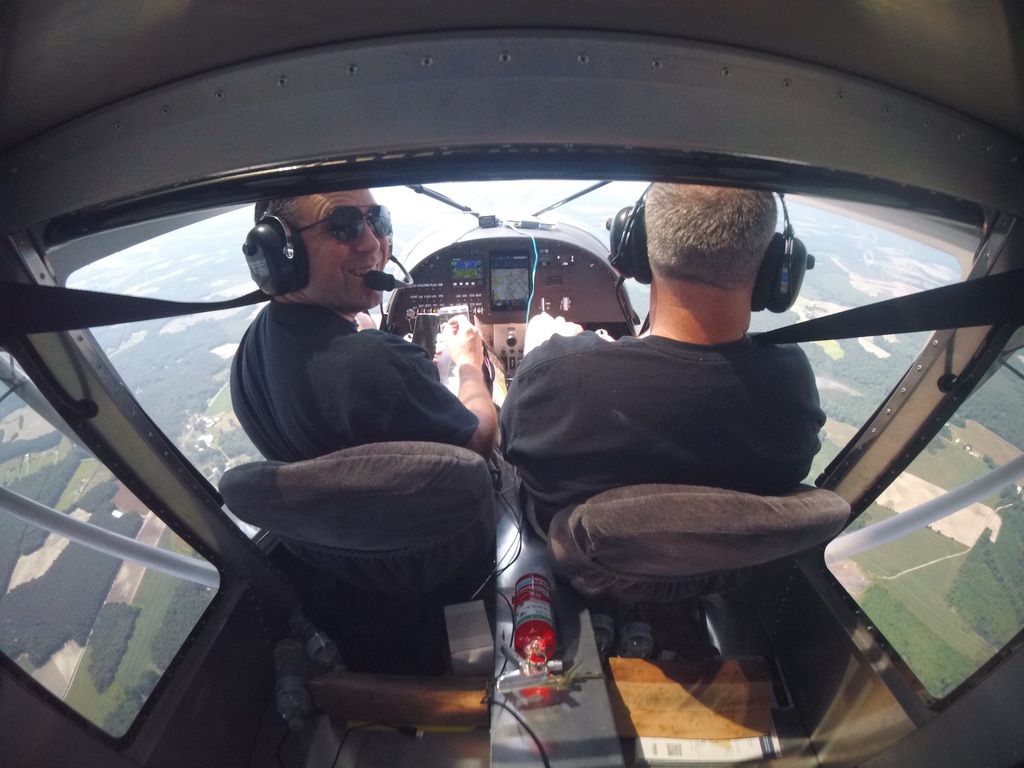 Frank grinning at the camera while I fly 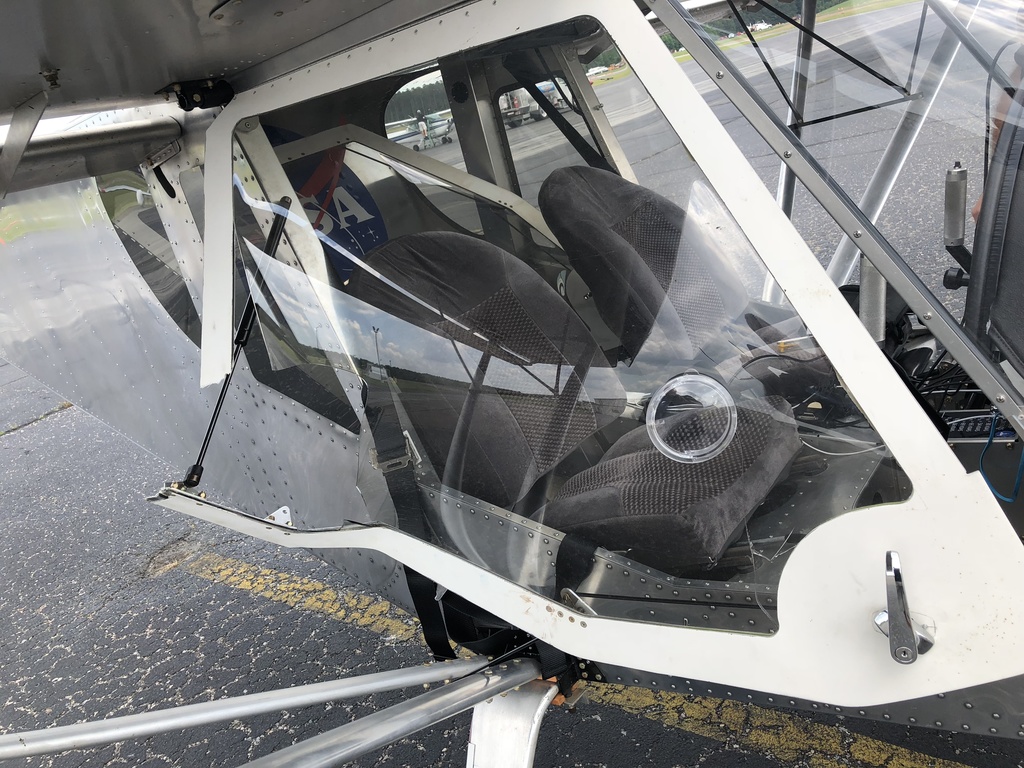 Comment by Tom Sullivan on July 4, 2018 at 9:59pm
I wonder if bonding a reinforcing strap to the outside surface of these doors would help. Seems like it failed at the rear latch where the door is thinnest.

I guess the door just wore out at the point where the strut is attached.  No further ideas on why it didnt happen before.

yes, it is windier without the doors, and noisier, but it is also a lot of fun.  It is very different, though!

Anyone flying a Zenith with the Viking 130 MUST have the updated stronger doors.

Thanks for sharing the story, I’ve been scared of the doors coming off since before I even put them on. I’m glad you got down safely with minimal problems.

I’m still in Phase 1, and figured any door issue would show itself early on. Any thoughts on why this happened now?

Also, curious when your speed as slower - just too windy in the cockpit? I flew doors off with Buzzy but never notice what speeds we were doing.