I've noticed a rather disturbing tendency for visitors to rub the canopy in what I believe is simply an instinctive desire to make a clean spot.  Given that it's summer now, there are more people stopping over, and more people wanting to reach over and wipe off part of the canopy - and possibly scratch it.

It was just a matter of time before some idiot scrawled "wash me" on my canopy - possibly scratching it and annoying me forever.  So I figured I'd better clean it.

I didn't dare rub the canopy with anything as that would just scratch it from the accumulated grit.  I figured that "flowing" the oil off with soap and water was my best bet. 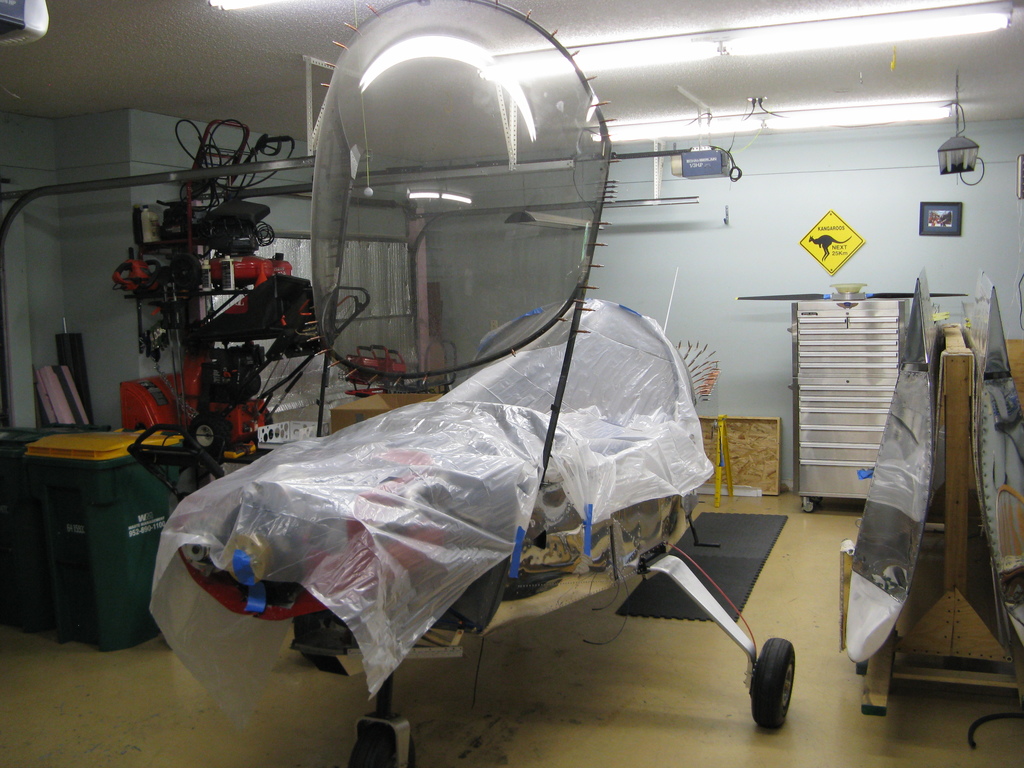 First, I started by taping a cheap sheet of plastic (obtained from the Home Depot paint aisle) over the engine and cabin areas.

Then I found an old spray bottle and filled it up with a mixture of Dawn dish-washing liquid and plain tap water.  I remembered an old documentary on TV where they said that Dawn was one of the best grease cutters out there, so after testing it on a piece of scrap canopy material I figured I'd give it a try. 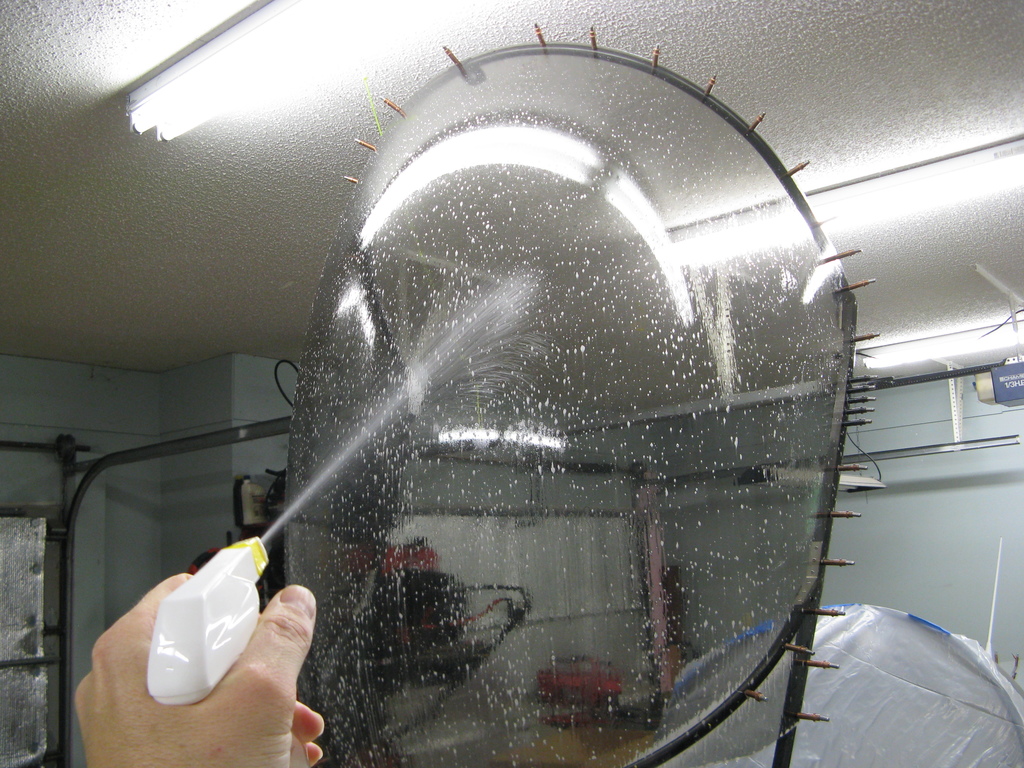 I sprayed the oily. gritty canopy with the Dawn-water mix.  Really soaked it.  Then I let it sit and watched the crud drip off. 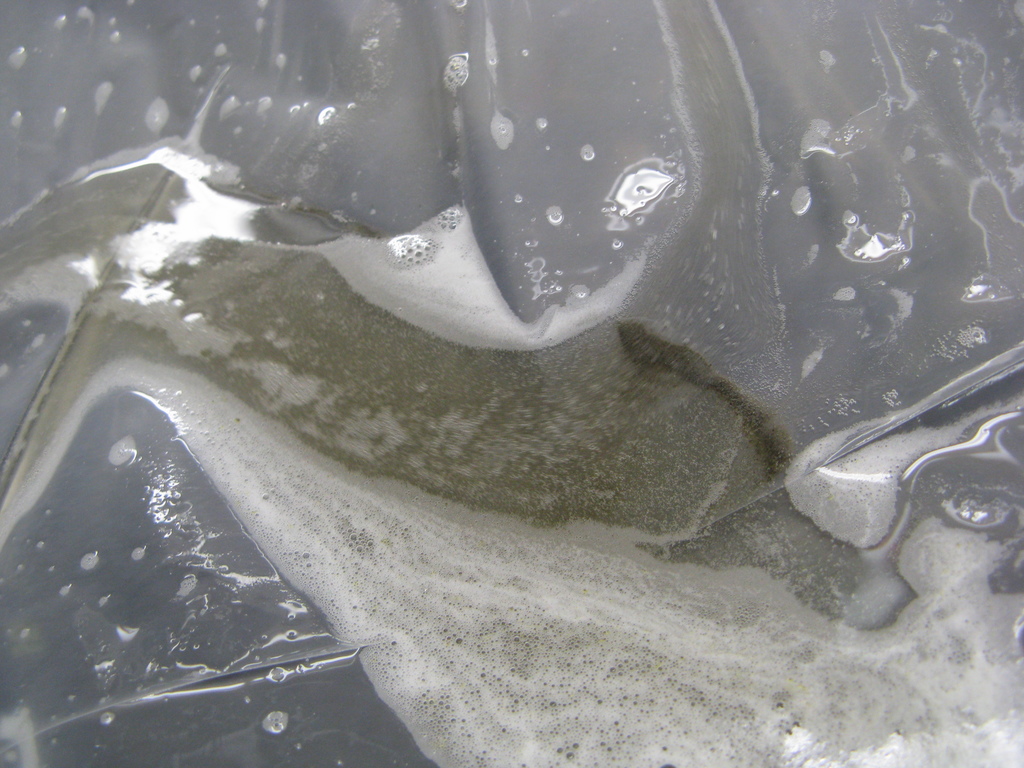 The amount of black crud that dripped off the canopy was amazing.  After about 10 minutes I sprayed the whole thing down again, and let it drip some more....

Then I hosed it off with a garden hose.

One thing I noticed was that there was a lot of crud *inside* the canopy as well.  No idea how the inside got so dirty, but it did, so I gave the inside the same Dawn-water and hose treatment.  I do keep the canopy propped open quite often, so it's possible that normal dust accumulates there as well. 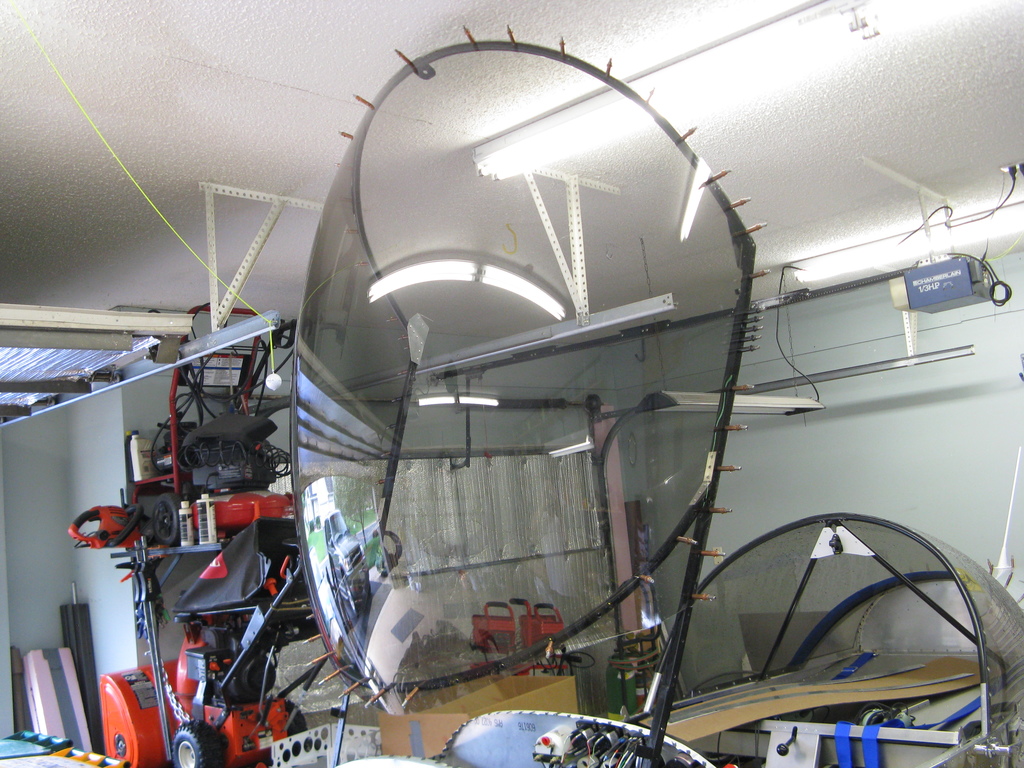 After hosing it off for a while, I could see that all the oily crud was gone.  I let it drip-dry for a while, and then very gently wiped it off with a soft cloth.  I wiped in straight lines starting from the "focal point" at the top and going straight down.  This was "just in case" I made some scratches, so they would be less visible while in flight. The difference it made is amazing.  Looks much better now.  It's nicer working on a clean airplane than a dirty one.

Comment by Bob McDonald on June 20, 2011 at 6:03am
I've used Sunlight dish soap and water to clean my aircraft windshield for years....and I stole one of my wifes good dish towels to wipe it dry. :>)