I was offered a chance to be part of a 3 man (sometimes 4) team conducting a CAN-ZAC Power Build program. The kit owner Angus Watt from Ottawa started with Mark Townsend building from a 6ft X 6ft X 12ft crate Friday, and I joined them on Monday afternoon. Neither Angus or myself had any previous kit building experience... but we were closely supervised by Mark Townsend of Can-Zac in his Kitchener hangar. The working day starts at 8AM (or earlier if you can't sleep) and generally goes hard until 8PM...or later if you can't stop! At the start of "Build Day 3" Mark announced I was being given the day-off for good behaviour... to build my very own CH750 rudder "SURPRISE" .... my CH750 kit is not scheduled to arrive until next week, but Mark had arranged to have a CH750 rudder kit available for me to build. The CH750 fuselage in the picture is Angus Watt's from Ottawa, he was kind enough to let me practice build on his CH750 (just kidding Angus ;>) The kit was terrific fun to build... and Mark is an excellent tutor & mentor in the art of aircraft construction. The Can-Zac Power Build 2 week program takes the build to the airfield in record time... its for pilots who need to build because they feel the need to fly! After week one the all flying surfaces are done, wired & plumbed, ready for the pre-cover inspection, and the fuselage assembled sitting on its wheels. Week 2 is for engine installation, control cables and assembly of the airframe as a complete unit. The next week is for a trip to the paint shop if you so desire, then the aircraft is dis-assembled and trailered
(covered) to your home for the builder to install the dash, avionics, interior. My kit construction starts November 17th... until then my wife has a big job ahead of her... wiping a great big silly grin off my face!

Comment by Bob McDonald on October 27, 2009 at 7:58pm
The CH750 built at Can-Zac for the development of Zenith's Rotax 912S FWF kit has yet to fly. The owner is busy farming and has not come from Alberta to Ontario to fly it home. This aircraft has a Rotax 912S 100 hp with an electric in-flight pitch adjustable 68 inch 3-blade WARP prop. This is yet another engine prop configuration to be appraised. Mark Townsend has flown both the Cont. 0-200 and Jabiru 3300 engine CH750 factory demo planes. The Jabiru 3300 is a big improvment to the CH750 handling because it removes around 100 lbs from the nose of the aircraft. The Lycosaurus 0-235 engine is just way too heavy to competitive in the this airframe from a STOL performance measuring stick... its a solid reliable engine but if you want dance in clouds lose the weight.

Comment by Joe Harrington on October 27, 2009 at 7:42pm
Hi Bob, We will be very interested in hearing any comparisons between the 912ULS and the 3300. In our group of six, we are divided between the Rotax and the Jabiru. It is great that you guys will be able to supply a head to head comparison. We can't wait for you both to get flying.

Comment by Bob McDonald on October 27, 2009 at 6:51pm
Angus Watt has the Jabiru 3300 engine with 64 inch dia. carbon fibre Sensinich ground adjustable prop.
Bob McDonald is planning on the Rotax 912S 100 hp swinging a 72 or 74 inch WARP 3 blade ground adjustable. The extra costs of the Rotax 912S motor and Zenith FWF kit make this motor a more expensive option than the Jabiru.... but I have experience with the Rotax 912 80 hp in the CH601HD that climbs like it launched by catapult. I have no experience with the Jabiru 3300, so the Rotax gets the edge on the choice of motors. Its a personal decision only. 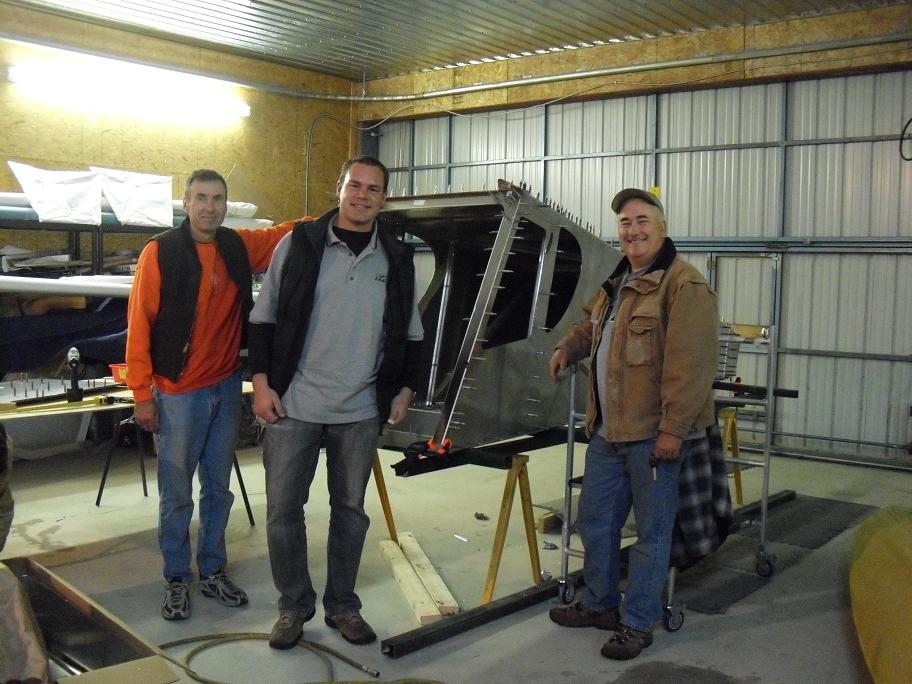