The following is excerpted from Innovate Online, the online publication of the College of Engineering at Iowa State University (Ames, Iowa) 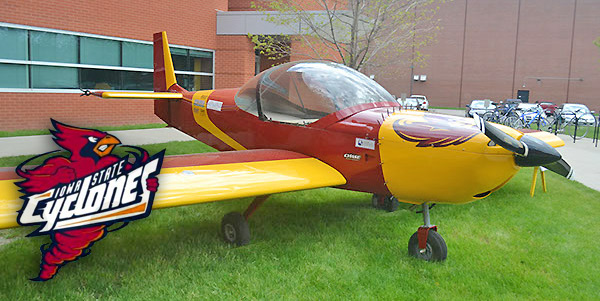 The group was established as an Iowa State student organization in 2004 with plans to design and build a plane from scratch. In 2006, the students decided to shift their focus to building a kit plane to improve the club’s understanding of light sport aircraft, so they began constructing a kit donated from Zenith Aircraft Company in Mexico, Missouri. Now, with the plane completely assembled, the club is pausing to relish their accomplishments before determining what lies ahead. 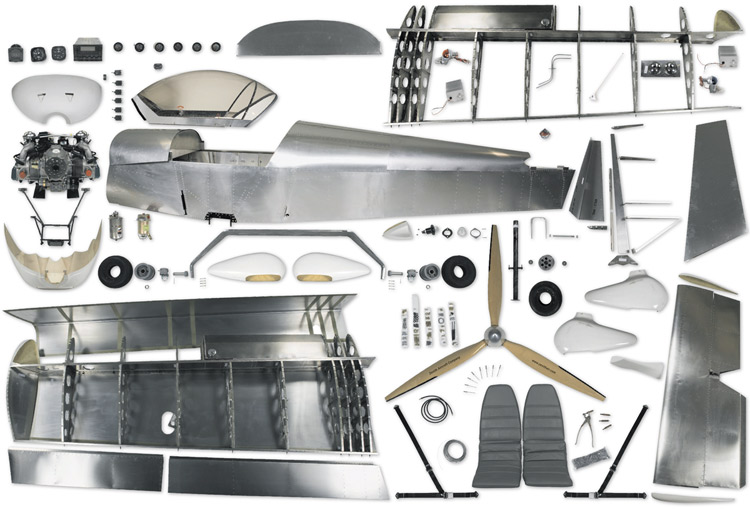 The diverse group met weekly in Howe Hall and was split into specialized teams to assemble the airplane’s wings, controls, fuselage, engine, avionics, and electronics. With this setup, students were able to contribute their personal skills and assets to the build process. “Typical meetings consisted of all of us gathering in the shop to work on the airplane, whether it was riveting, bolting things together, or looking at plans to see what the next step would be,” explains Peters.

AirISU worked consistently throughout the two additional years, while also garnering some support from outside the college. Build adviser Wayne Bausch, a local aviation expert who has years of experience building, flying, and inspecting aircraft, helped oversee the students’ progress and provided insight into building the plane and interpreting plans.

To implement the group’s graphics ideas for the plane, they recruited Justin Scavo, senior in graphic design and aerospace engineering student employee . “We wanted the graphics on our plane to incorporate a Cyclone, which would convey power, speed, ingenuity, and creativity,” explains Peters.

Scavo turned AirISU’s concepts into graphic decals that were later applied by Chase Signs & Graphics.
“With the extra help of Wayne, Justin, and Chase Graphics, we made major progress in a short time,” Peters says. The group completed the plane before the 2012 Veishea parade, where AirISU received third in the non-traditional float category.

Once the plane was assembled, AirISU realized it had outgrown its Howe Hall location, so the team moved the plane to the Ames airport for final touches. Getting it to the airport meant disassembling the wings, which will be added again, along with the fuel lines and control cables, before the group applies for certification.

Following certification, the plane will be ready for its first flight. AirISU plans to create an event or ribbon cutting to showcase years of hard work and the plane’s first flight.

“I imagine Wayne will be the first to fly it, hopefully allowing each student who worked on it to get a ride. We also have one student member who has his pilot’s license, so he and anyone else in AirISU who receives a license between now and the first flight should be able to fly it as well,” explains Peters.

(Excerpted from Innovate Online, the online publication of the College of Engineering at Iowa State University)

How did they get the engine, avionics, etc?  Many thanks to Zenith for donating the aircraft kit.

Congratulation to the School that gave this oportunity.